May 27: The Week in Cancer News

A blood test could help determine who benefits from checkpoint inhibitors in lung cancer, and the FDA approves a drug combination for certain patients with acute myeloid leukemia. 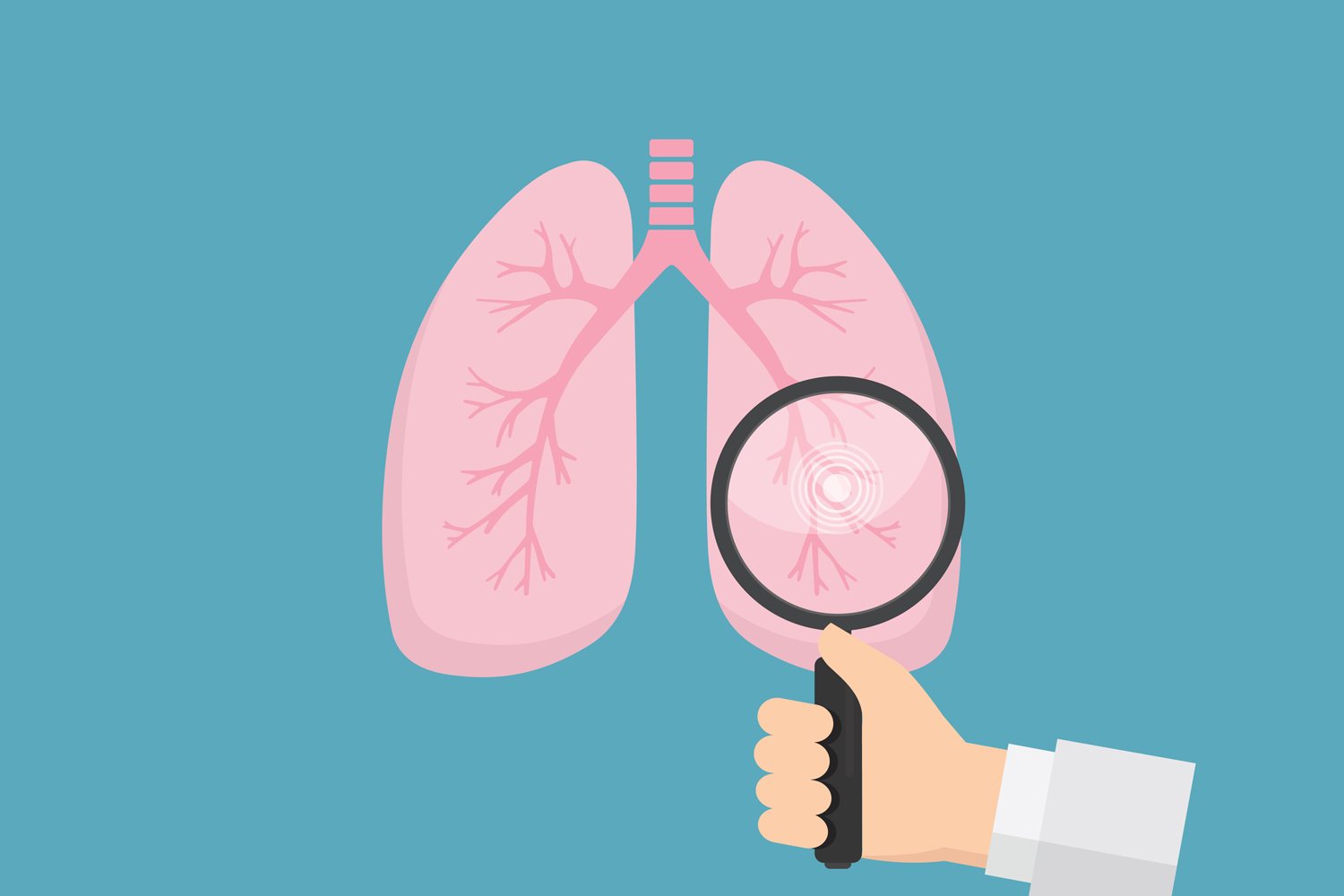 A study published recently in Nature Medicine suggests a blood-based test could help predict the benefit of immunotherapy in locally advanced and metastatic non-small cell lung cancer (NSCLC), according to a May 20 news release from Northwestern Medicine in Chicago. The phase IIB study analyzed circulating tumor DNA (ctDNA) in 119 patients with NSCLC for a biomarker that measured tumor mutational burden (TMB) and response to first-line treatment with Tecentriq (atezolizumab). “The findings from this study will help us identify and design better blood-based biomarkers in immuno-oncology,” said Young Kwang Chae, a medical oncologist with the Robert H. Lurie Comprehensive Cancer Center of Northwestern University and a co-author of the study. Tissue samples can help predict whether patients are good candidates for immunotherapy drugs, known as PD-L1 and PD-1 inhibitors. However, as many as 30% of patients with NSCLC may not have enough high-quality tissue biopsied at diagnosis for accurate biomarker analyses, according to Chae. In the trial, investigators analyzed ctDNA for tumor mutational burden, a measure of total mutations typically found in the DNA of cancer cells. Cancers with high TMB have been associated with a positive response to immune checkpoint inhibitor therapies. Of the patients in the study, 28 had high TMB values—making them suitable for treatment with Tecentriq, a PD-L1 inhibitor—while 91 patients had low TMB values. Notably, the high TMB group was slightly younger and included more smokers. All patients received Tecentriq. Response rates were 35.7% for those who had high TMB compared with just 5.5% in the low TMB group. Patients in the high TMB group also experienced longer survival than those in the low TMB group. The findings demonstrate that measuring TMB in ctDNA is a viable option for stratifying patients for immune checkpoint inhibitor therapy, according to the study authors.

On May 25, the Food and Drug Administration (FDA) approved Tibsovo (ivosidenib) in combination with azacitidine for newly diagnosed acute myeloid leukemia (AML) with a susceptible IDH1 mutation, as detected by an FDA-approved test, in adults age 75 or older or who have comorbidities that would prevent the patients from using intensive induction chemotherapy. In a study that included 146 newly diagnosed AML patients with the mutation, median overall survival was 24 months in the Tibsovo plus azacitidine arm and 7.9 months in the placebo plus azacitidine arm. Both drugs had been previously approved in older adults with AML as a frontline treatment, but not in combination.

The Use of Metformin in High-Risk Early-Stage Breast Cancer

Recent results from a randomized clinical trial show that metformin, a drug commonly prescribed for diabetes, does not improve outcomes or time to recurrence in patients with hormone receptor-positive breast cancer. Some early studies have noted an association between metformin and improved prognosis for breast cancer in women with diabetes, leading researchers to question whether the drug could be used to reduce the risk of breast cancer returning after treatment. The study, published in the May 24/31 issue of JAMA, included 3,649 patients with high-risk breast cancer without diabetes. It explained how previous observational studies have shown metformin can lower fasting insulin levels and improve obesity-associated physiology in patients with breast cancer without diabetes. In some clinical intervention studies, metformin has been shown to lower Ki67, a protein that typically indicates rapidly dividing cancer cells. In this phase III placebo-controlled trial that looked at 2,533 patients with early-stage hormone receptor-positive breast cancer, there were no statistical differences in invasive disease-free survival or incidence rates of invasive cancer between the groups that took metformin and those that did not. However, an exploratory analysis of breast cancer patients in the study who were HER2-positive indicated longer disease-free and overall survival, but researchers cautioned that these data were not practice-changing and should lead to more research. The study authors also point out that use of metformin is beneficial in people who have diabetes, including in patients with breast cancer.

The Challenge of Using Newer Cancer Drugs With Pregnant Women

In the fall of 2020, Leticia Ramos-Mateo was diagnosed with Hodgkin lymphoma when she was 13 weeks pregnant. She started on chemotherapy, but her cancer stopped responding, leaving oncologist Andrew Evens, of the Rutgers Cancer Institute of New Jersey in New Brunswick, to question whether Opdivo (nivolumab), a drug approved for treatment of lymphoma, would be safe for a developing fetus. Evens posted the question on Twitter to see if anyone had information about using immunotherapy in pregnant women. Elad Sharon, a hematologist-oncologist who works at the National Cancer Institute Cancer Therapy Evaluation Program in Bethesda, Maryland, contacted Evens, and noted that he knew of nine participants enrolled in NCI-sponsored clinical trials who had unexpectedly become pregnant. Seven of those in the trials continued their pregnancies and gave birth to healthy infants after taking immunotherapy. The information gave Evens the confidence to proceed with therapy. Ramos-Mateo is now cancer-free and has a healthy 1-year-old. “Although Ms. Ramos-Mateo’s story has a happy ending, her experience underscores how little is known about using newer therapies, such as targeted therapies and immunotherapy drugs, to treat cancer during pregnancy,” Evens says in the story in Cancer Currents, a blog of the National Cancer Institute, which described recent efforts to learn more about the effects of newer treatments, like targeted therapy and immunotherapy, on pregnant women and developing fetuses.