May 20: The Week in Cancer News 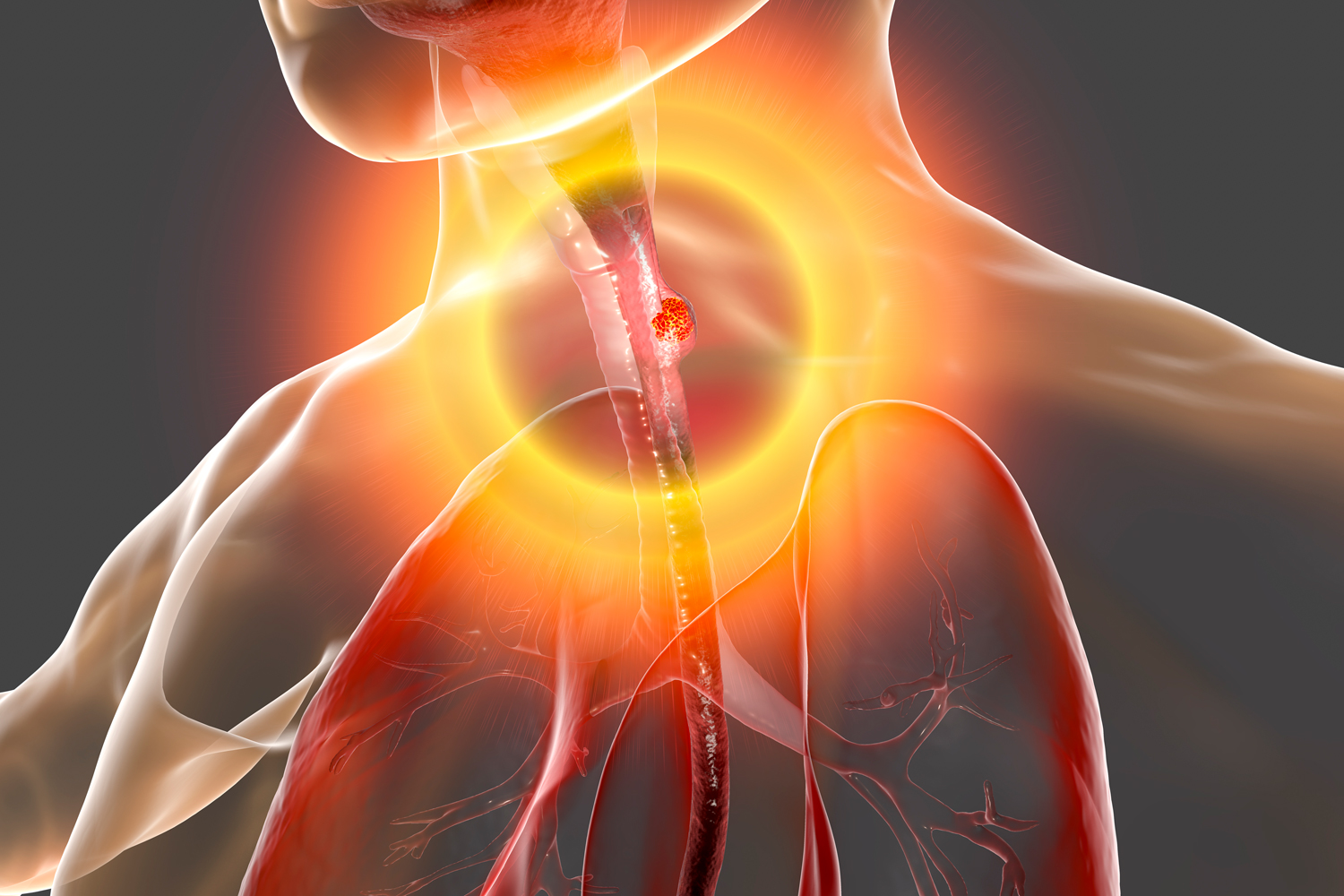 A new study found a sharp rise in cases of esophageal adenocarcinoma and a precancerous condition called Barrett’s esophagus for people ages 45 to 64, Medpage News reports. The data, which will be presented May 23 at Digestive Disease Week 2022 in San Diego, found that the cases of Barrett’s esophagus rose more than 50​% between 2012 and 2019, from 304 cases per 100,000 people to 466. The research used electronic health data from the OneFlorida Clinical Research Network. For esophageal adenocarcinoma, the cases nearly doubled, rising from 49 to 94 cases per 100,000 people. The researchers noted that no change in screening rates during the time period, eliminating a common explanation for rising case numbers. Cases for people 65 and older also remained steady during this period. “This strong growth in prevalence should be of concern to physicians, and we should consider screening more middle-aged patients for esophageal cancer if they are at higher risk,” said lead author and gastroenterologist Bashar Qumseya from the University of Florida in Gainesville.

Adolescents and young adults who are and treated for acute myeloid leukemia (AML) and acute lymphoblastic leukemia (ALL) have shorter survival than the general population, according to a study published May 13 in the Cancer Epidemiology, Biomarkers & Prevention. The study used the Surveillance, Epidemiology, and End Results (SEER) database to look at mortality rates in people who have been treated for ALL and AML, starting five years after diagnosis. People who had these forms of leukemia continued to have mortality rates above those of the general population for up to 30 years after diagnosis. In a news release from the American Association of Cancer Research (AACR), which publishes Cancer Epidemiology, Biomarkers & Prevention and Cancer Today, pediatric oncologist and study author Michael Roth, noted that more young patients are successfully cured of their initial diagnosis, and the data prompts new questions about supporting survivors in the long-term. “These patients have potentially five or more decades of life ahead of them, beyond their cancer diagnosis. Therefore, it is not just important to cure them of their initial cancer, but also to consider their long-term lifespan and quality of life, to make sure they are living long, healthy, and happy lives afterward.”

The prostate-specific antigen (PSA) test was found to be more effective at preventing prostate cancer death than previously thought, according to a new study published May 15 in NEJM Evidence. The benefit was even more pronounced in Black men. The PSA test is a blood test that measures the amount of a protein made by the prostate, high levels of which may signal prostate problems such as cancer, infection and inflammation. The study data, covering 30 years of health records through 2016, showed that use of the PSA test prevented one death for every 11 to 14 men who received a prostate cancer diagnosis through the screening tool. For Black men diagnosed with prostate cancer using PSA, the test prevented one death for every eight to 12 men. Previous research found that it would take 23 diagnoses for the PSA test to prevent one death, fueling concerns that widespread screening could do more harm through overdiagnosis of healthy patients, CNN reported. The thought was many of these men who received a prostate cancer diagnosis would go on to have unnecessary treatment, since prostate cancer can often grow very slowly.​ (To learn more about prostate cancer decision making, read “Balancing Early-Stage Prostate Cancer Decisions” in the winter issue of Cancer Today.) The new data make a stronger case for PSA for some men, especially Black men. The study authors acknowledged the risk of overtreatment, but highlighted practices such as referring patients to other, less invasive tests before recommending biopsies and using active surveillance to watch for signs of progression in prostate cancers that don’t pose an immediate risk. “The story of PSA screening has been controversial, it should not be controversial. This study shows that the trade offs of screening are really beneficial,” study co-author Jonathan Shoag, a urologist at University Hospitals Cleveland Medical Center, told CNN. “We have a test that can save men’s lives and find their cancers early.”