May 1: The Week in Cancer News 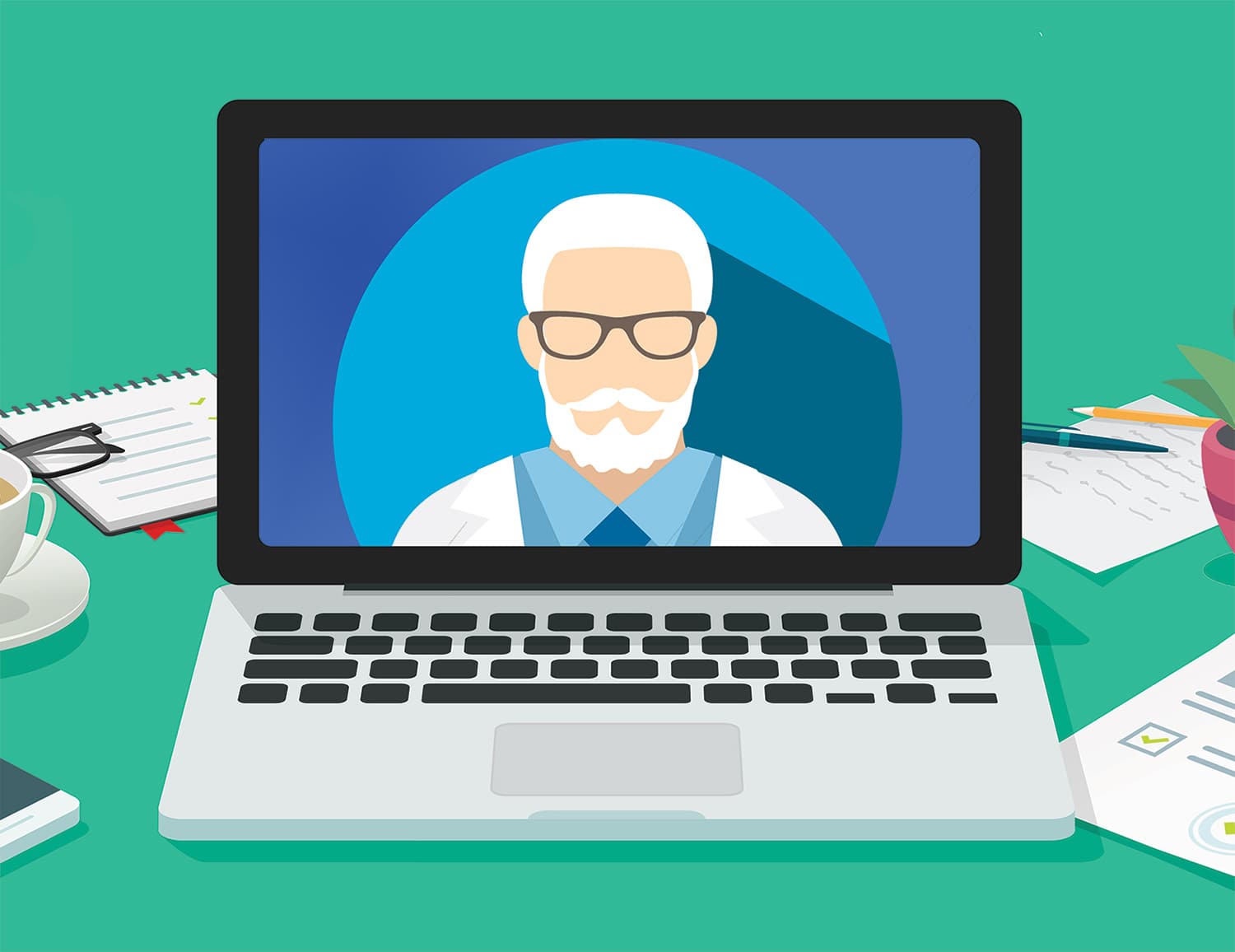 More than 61,000 people around the world registered to attend the American Association for Cancer Research (AACR) Virtual Annual Meeting I, which was held April 27-28. (The AACR publishes Cancer Today.) Researchers presented and discussed clinical trials results, as well as basic and translational research. Below is a selection of news from the meeting.

Many melanomas have mutations in the BRAF gene. These cancers can be treated with targeted therapies, but resistance to the therapies develops. In the Opening Clinical Plenary at the meeting, researchers presented clinical trial data on treating BRAF-positive, advanced melanoma. The IMspire150 trial found that adding the immune checkpoint inhibitor Tecentriq (atezolizumab) to a combination of two targeted drugs called Zelboraf (vemurafenib) and Cotellic (cobimetinib) improved progression-free survival. Patients who took the three-drug combination went a median 15.1 months without experiencing cancer progression, while those who took the standard two-drug combination had a median progression-free survival of 10.6 months. Charles L. Sawyers of Memorial Sloan Kettering Cancer Center in New York City provided outside input on the results as a discussant, pointing out that a question remains of whether the three-drug combination would outperform a combination of two immunotherapy drugs that has become an option for treating advanced melanoma. In the same session, researchers presented data from the SWOG S1320 trial, which assessed whether progression-free survival could be lengthened in patients with advanced BRAF-positive melanoma if they received the targeted drugs Tafinlar (dabrafenib) and Mekinist (trametinib) intermittently rather than continuously. The trial found that median progression-free survival was nine months in patient who received the drugs continuously, which is how the drugs are currently administered, compared to just 5.5 months in those who received the drugs intermittently. “What works in preclinical studies doesn’t always work in real-world clinical studies,” said Alain Algazi of University of California, San Francisco, in a press release. “In melanoma research, we’re all trying to figure out ways to optimize these targeted drugs and find a way around resistance so people live longer. We’re going to have to keep at it because the current standard of continuous dosing seems to hold the most benefit.”

PARP inhibitors, targeted drugs that inhibit DNA damage repair, are approved by the Food and Drug Administration (FDA) for treatment of ovarian, breast and pancreatic cancers. Various presentations at the meeting provided updates on their use. During the Breast Cancer Therapy session, researchers presented final overall survival results from the EMBRACA trial, whose earlier progression-free survival results led to FDA approval of the PARP inhibitor Talzenna (talazoparib) for treatment of some patients with breast cancer. The study found that patients who received Talzenna did not live longer than those who received chemotherapy. However, the researchers pointed out that patients went on to receive therapies after the trial ended that could have affected the results. The trial did confirm that patient-reported outcomes were more positive in patients who took Talzenna than those assigned to chemotherapy. Meanwhile, the Opening Clinical Plenary included an update on an arm of the I-SPY-2 trial that looked at use of a combination of the PARP inhibitor Lynparza (olaparib), the immune checkpoint inhibitor Imfinzi (durvalumab) and chemotherapy as therapy before surgery in stage II and III HER2-negative breast cancer patients. The researchers reported that those who took the combination of drugs were more likely to have pathologic complete responses—in which cancer becomes undetectable—compared to those who just had standard chemotherapy prior to surgery. In other PARP inhibitor news, a study published April 28 in the New England Journal of Medicine shows that Lynparza improved progression-free survival in some patients with hard-to-treat advanced prostate cancer compared to hormonal therapies.

Capmatinib, an experimental targeted therapy, may provide more options to patients with non-small cell lung cancer (NSCLC) whose tumors have abnormalities known as MET exon-14 skipping mutations. Patients with these mutations only make up an estimated 3% to 4% of NSCLC cases, but cancer with this tumor mutation typically does not respond to standard treatments, including chemotherapy and immunotherapy. Presenting data from the phase II GEOMETRY mono-1 study during the Lung Cancer Targeted Therapy session, Edward Garon, a medical oncologist at the University of California, Los Angeles, noted that​ capmatinib, which was taken orally twice a day, was associated with a strong objective response rate (40% in previously treated patients, 70% in previously untreated patient) and disease control rate (78% in previously treated patients, and 96% in previously untreated patients). The median duration of response to the drug was 10 months for previously treated patients and 11 months for treatment-naïve patients. “Responses tended to occur early and … and many of these responses … exceeded a year and many remained ongoing at the time of data cutoff,” Garon said. In addition, four of 13 patients who had brain metastases had complete brain tumor resolution, with more than half of the 13 patients showing response to the treatment, Garon noted. The Food and Drug Administration granted capmatinib​ a breakthrough therapy designation for first-line treatment of patients who have NSCLC with this mutation in September 2019, and priority review in February 2020. These designations are designed to expedite development and review of promising drugs for serious and life-threatening diseases.

The Geography of Vape Shops

An analysis of vape shop and tobacco shop locations in the region surrounding City of Hope Comprehensive Cancer Center in Duarte, California, presented during the Lung Cancer Targeted Therapy session, revealed that these outlets are concentrated in neighborhoods with low median income and a high concentration of Latino and Asian residents. The area studied features large income disparities, and the population of approximately 2 million is made up of 45% Latinos and 30% Asians, said Kimlin Tam Ashing, a researcher at City of Hope with a focus on health care disparities. Ashing and her colleagues conducted the research to better inform a tobacco cessation initiative in the area surrounding City of Hope. Ashing called for stronger laws and licensing of tobacco and vape shop locations to prevent targeting minority, youth and other vulnerable populations and for sustained tobacco prevention and control programs.

Does Folate Fortification Play a Role in Colorectal Cancer?

Since the Food and Drug Administration mandated that manufacturers start to fortify certain foods with folate in 1998, scientists have debated whether​ higher folate levels and supplementation might increase or decrease the risk of colorectal cancer development. Delving further into the question, Fenglei Wang, a doctoral candidate at the Harvard T. H. Chan School of Public Health in Boston, presented analysis during the Translational Prevention Studies session ​based on 36 years of data from the Nurses’ Health Study. The findings showed a dramatic increase in synthetic folic acid intake between 1994 and 2002, but indicated no increased risk of colorectal cancer associated with high total folate intake, including synthetic folic acid intake. The study calculated estimated folate intake levels from surveys collected between 1980 to 2016. Between 1980 and 2016, each 400 ug/dl increase was associated with a 16% to 29% lower risk of colorectal cancer, while each 200 ug/dl increase of synthetic folic acid was associated with a 12% to 16% lower risk of colorectal cancer, Wang reported. This decreased risk wasn’t immediate, taking between 12 to 24 years to show the association, which supports a previously published analysis.

A session on Early Detection and ctDNA featured two presentations on efforts to develop multicancer screening tests that rely on detecting tumor DNA and proteins shed in blood. The DETECT-A study was the first to test a multicancer screening blood test in healthy patients and use results to guide their care. Women who were flagged by the blood test as having signs of cancer were asked to undergo diagnostic PET-CT scans. The test led to cancer diagnoses in 15 patients, and it predicted the diagnoses of an additional 11 women who developed symptoms of cancer and sought medical care before they could be prompted to get a scan. The Circulating Cell-free Genome Atlas study, meanwhile, evaluated a blood test in patients with symptoms of cancer who had not yet been diagnosed, finding that it could predict which of these patients had cancer nearly half of the time and could often predict what type of cancer they had. Both tests had relatively low rates of identifying patients as having possible cancer who did not go on to receive cancer diagnoses.

A presentation given in the Immunotherapy Clinical Trials 2 session at the meeting included data indicating that the immunotherapy drug Keytruda (pembrolizumab) can be safely given every six weeks rather than every three weeks if the dose is doubled when the drug is given less often. The same day, the Food and Drug Administration approved the longer dosing schedule for Keytruda. This spaced out schedule is attractive in light of the coronavirus pandemic, which is leading cancer centers to make efforts to reduce how often patients need to come into the clinic to minimize infection risk. Keytruda is given via infusion.

At the COVID-19 and Cancer session, researchers from Europe, Asia and the U.S. shared their experiences treating people with cancer who developed COVID-19. The final presentation in the session was given in conjunction with a paper published in Cancer Discovery, which indicated that people with cancer in Wuhan, China, who developed COVID-19 had an elevated rate of death from COVID-19 compared to people without cancer. Metastatic disease, lung cancer, blood cancer and certain treatments were associated with greater risk to patients. Other researchers also presented their findings on what factors appeared to be associated with poor outcomes for cancer patients with COVID-19. They had varying conclusions on which factors were associated with severe COVID-19 and whether cancer patients with COVID-19 indeed have an elevated rate of death from the viral infection compared to the general population. A second paper, which was not presented at the meeting but was published May 1 in Cancer Discovery, found that people with cancer treated in a hospital system in New York for COVID-19 died at a relatively high rate compared to people without cancer.​​