Beating the Bully Inside

To gain control over fear of my breast cancer recurring, I called on lessons learned as a 5-year-old confronting the neighborhood bully. 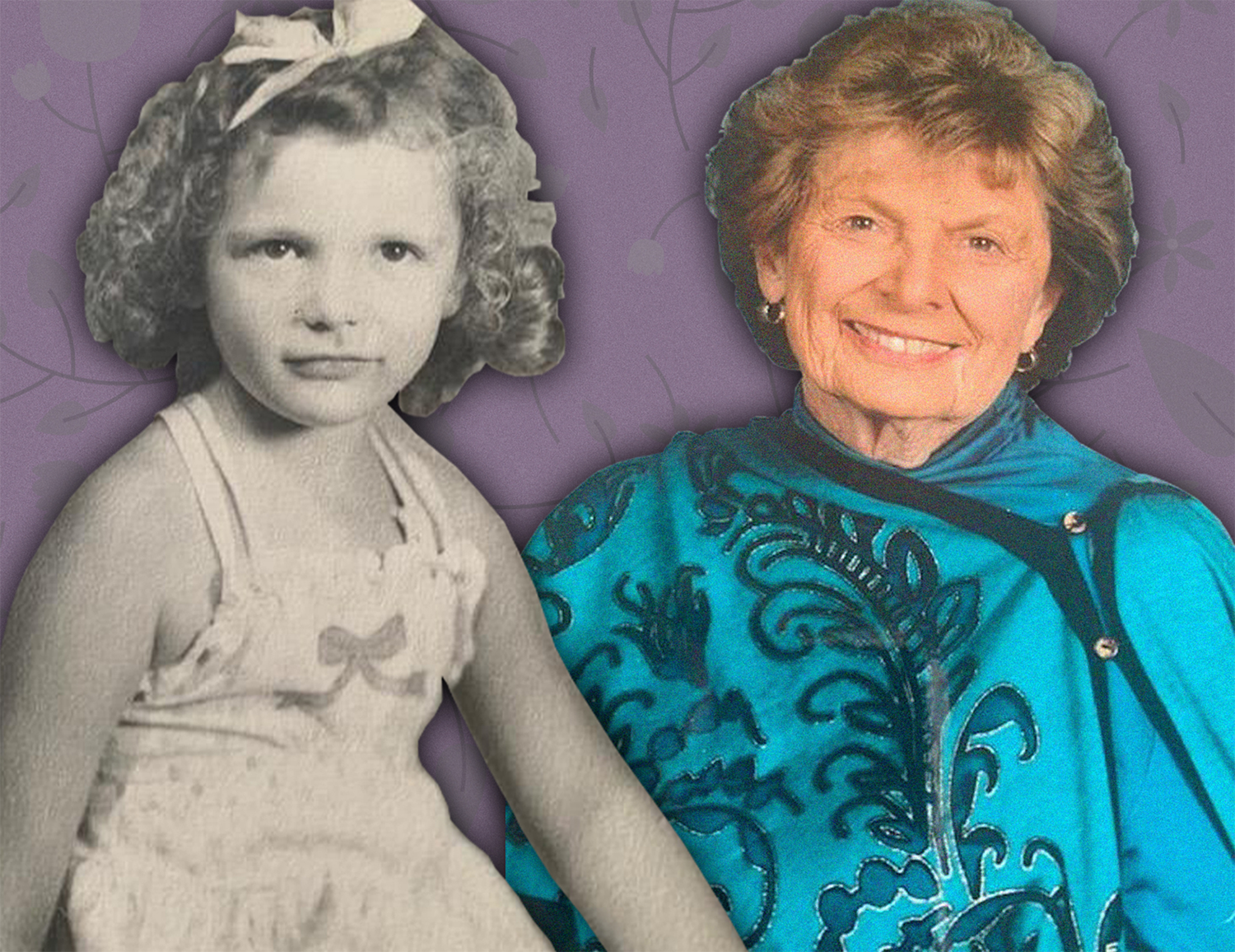 When Joan Harris (shown at right as an adult) was diagnosed with breast cancer, she relied on lessons from her younger self (shown at left). Photos courtesy of Joan Harris

Stevie. ​Years ago, the whisper of his name could bring a 5-year-old to trembling. In one of my most memorable summers, Stevie reigned as the terror of Coplin Avenue.

It was the summer before I started kindergarten. In recognition of this maturity milestone, there landed in my lap a newly granted freedom: an occasional nickel to head to Nesbitts Ice Cream Parlor—solo! But there was a hitch. Stevie lived five doors up, between me and the ice cream parlor. My summer of vanilla, chocolate or strawberry paradise could be realized only by paying a terrible price: stomach-wrenching, pulse-throbbing fear.

I attempted several terror-fighting maneuvers. The most commonly used ploy began with a jaunty saunter. I would enact this stratagem for the first four houses, then break into a sprint. Sometimes, I employed plan B. That required me to walk with a measured step and gaze straight ahead with my ears on alert for the sound of Stevie’s front door being ripped open.

The summer proceeded: nickels, terror and ice cream, with only occasional growls from Stevie, until one fateful afternoon. Walking home from the ice cream parlor, I remained absorbed in the wonder of chocolate. The next thing I knew, I was on the ground, the dreaded Stevie pummeling me with punches.

But then, “Pow! Bam! Socko!” Wait! That was me on the delivering end! From somewhere deep inside, an enraged mini-superwoman arose. More sounds pierced the air. “Mama! Mama!” Stevie the Horrible, Stevie the Menace was running for his front door. I picked myself up, stunned and disheveled. The bully never bothered me again.

Decades later, a deadlier bully created fear in my life. I received a diagnosis of stage III breast cancer. My immediate response to the diagnosis was, “Remove it! Get it gone! Now!” But after a thorough study of my diagnosis and a review by the medical center tumor board, I received a unanimous recommendation to begin an experimental hormone therapy program for 16 weeks intended to shrink the large tumor, perhaps allowing a partial ma​stectomy.

I agreed to the proposal. But I recall moaning to my surgeon that I felt like a time bomb had taken up residence in my chest. Eventually, after the hormone therapy, I received a partial mastectomy, requiring two surgeries to remove the tumor and create the desired margins. Next came seven weeks of radiation, followed by welcome news of a positive prognosis from the head radiation oncologist. Finally, I was placed on a regimen of hormone therapy to reduce chances of another hormone-based tumor and directed to return in three months, then in six-month intervals for mammograms and checkups. I was free to resume my life.

It confounds me that I failed to recognize that with any bully, a dual treachery exists. The first portion of the cancer threat is actual, physical and requires a commitment to seek skilled medical advice and treatment. The piece of cancer recovery I ignored is the powerful psychological impact of a cancer diagnosis. I have worked as a psychotherapist for years. It is doubly ironic that with my background, I failed to anticipate the significance of this portion of my illness.

The second dimension of the cancer bully’s power resides in its ability to infiltrate the mind and emotions. Bullies rule by power and the perception of power. Decades earlier, with Stevie nowhere in view, I believed him to be a terrifying presence. Each journey toward ice cream began with the seemingly certain knowledge that Stevie lurked nearby.

After the initial relief of a positive prognosis and delight in being in my own home again, I let the emotional bully gradually assume power. Looking back, I recognize the many life areas I handed over to the demon.

I was easily annoyed by people and situations that previously I would have brushed off as insignificant. I found myself pushing away situations and people I would ordinarily gravitate toward. My husband and I agreed it was time to purchase a new car for me, but I conjured up numerous delay tactics. Though I didn’t verbalize them, my thoughts were, “Why? I may not live long enough to justify the expense or effort.”

Perhaps even more out of character, I opted out of a trip to New York City. The next six-month checkup was approaching, and “what ifs” flooded my mind. What if the findings were problematic? Would I want to perform the charade of happy traveler when I might prefer wailing under blankets?

With each subsequent checkup, the emotional bully grew stronger. I found myself behaving as though doomed to wait for the next malignant shoe to drop, even though no dangerous signals came out of any of those exams. An enormous “aha!” moment occurred when I finally realized I had created or at least maximized the bully I feared.

I am not so naive as to believe I am risk-free. However, the bully is now blurry and distant. I granted it access to the gift of my days, weeks and months. Once I realized this, I knew I would no longer allow the bully to control me. I would keep scheduled appointments and follow the prescribed hormone therapy regimen, but I would abandon cowering in the bully’s shadow.

Today is a gift, a lovely gift filled with numerous opportunities. The fearful 5-year old knew Stevie shouldn’t deny her access to freedom and chocolate ice cream. The fearful adult had to learn a similar lesson about cancer. As each of us do, I have a list of wonders anticipated but not yet realized. I promise myself Italian lessons and piano instruction. I will begin the task of acquiring a new set of wheels. In my mind I can already imagine the new-car smell.​

Joan Harris is a licensed marriage and family therapist who was diagnosed with breast cancer in 2010. Currently, she is focusing on writing books for children. She lives in New Smyrna Beach, Florida.