April 3: The Week in Cancer News

CAR-T cell therapy shows promise for treating mantle cell lymphoma, and the Food and Drug Administration requests that drugmakers pull the anti-heartburn drug ranitidine due to concerns about a contaminant that may increase cancer risk. 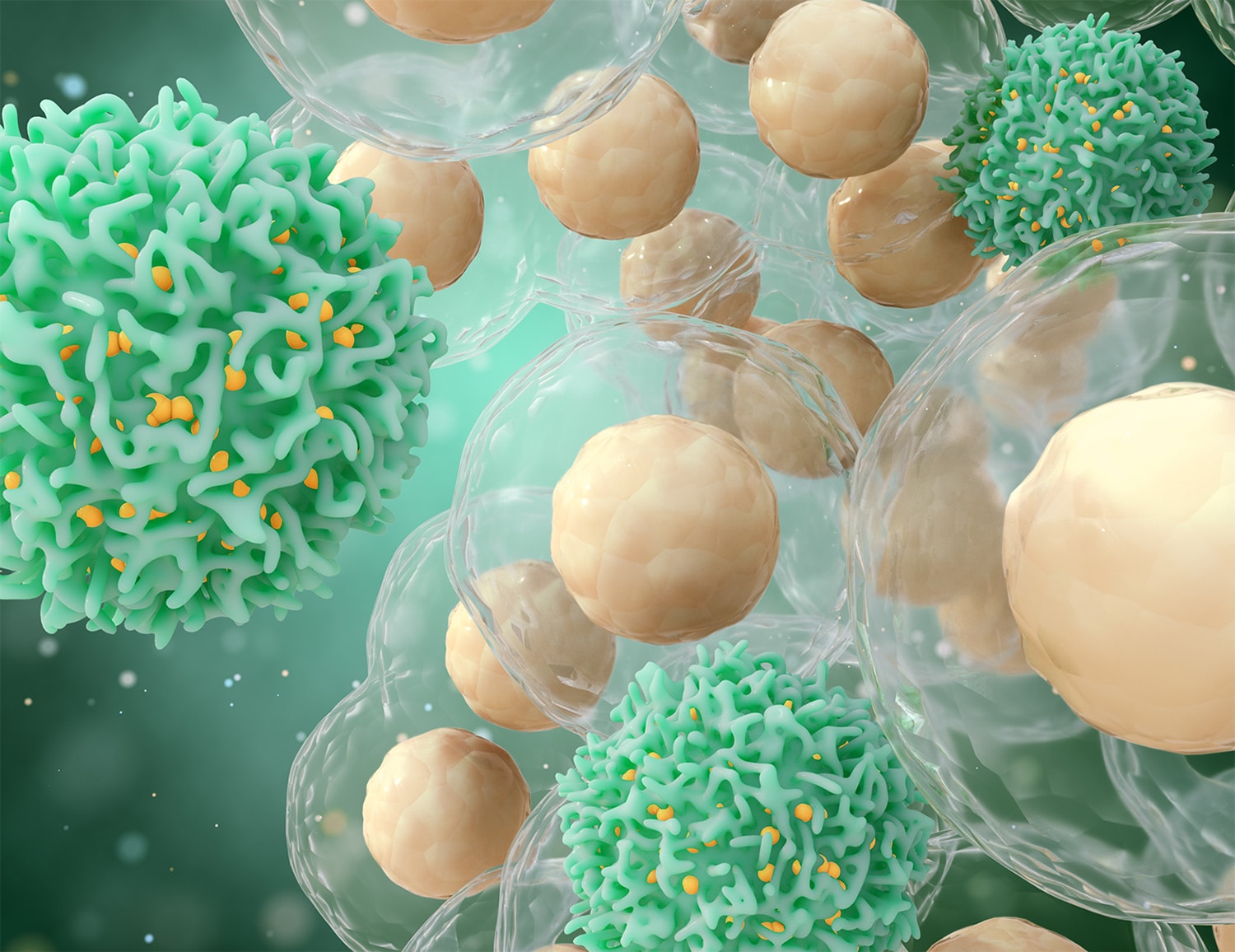 Patients with mantle cell lymphoma that relapses can be treated with Bruton’s tyrosine kinase (BTK) inhibitors, but patients whose disease progresses on these drugs live a median six to 10 months. A study published April 2 in the New England Journal of Medicine indicates that CAR-T cell therapy can help many of these patients. Researchers gave the CAR-T cell therapy KTE-X19 to patients with mantle cell lymphoma that had relapsed or had not responded to other treatments. All patients had tried BTK inhibitors. Out of 60 patients, 93% had a response to the treatment, and 67% had no sign of cancer following treatment. After a median follow-up period of one year, 57% of patients were in remission.

The Food and Drug Administration (FDA) on April 1 asked makers of the drug ranitidine, which lowers stomach acid, to remove it from the market. The drug is often sold as Zantac. Drugmakers had previously voluntarily stopped selling the drug after research indicated that a contaminant that increases cancer risk may build up in the drugs over time as they are being stored. The FDA also asked people who have ranitidine in their possession to dispose of it. The agency points out that there are other drugs that serve a similar purpose that can be used instead.

Nine months ago, Elliot Dallen’s oncologist told him he would be unlikely to live another year. Dallen has adrenocortical carcinoma. He writes in the Guardian​ that he formerly had a clear vision for the end of life that included being surrounded by people—first while going out to all the places he loved and later while watching films and listening to music. Now, Dallen is isolated from loved ones, although he still plans to connect with family and friends, even if it cannot be in person. He writes: “I am one of the many vulnerable people being protected for their own benefit. Just stuck in my flat, alone. Waiting.”​​​