April 15: The Week in Cancer News 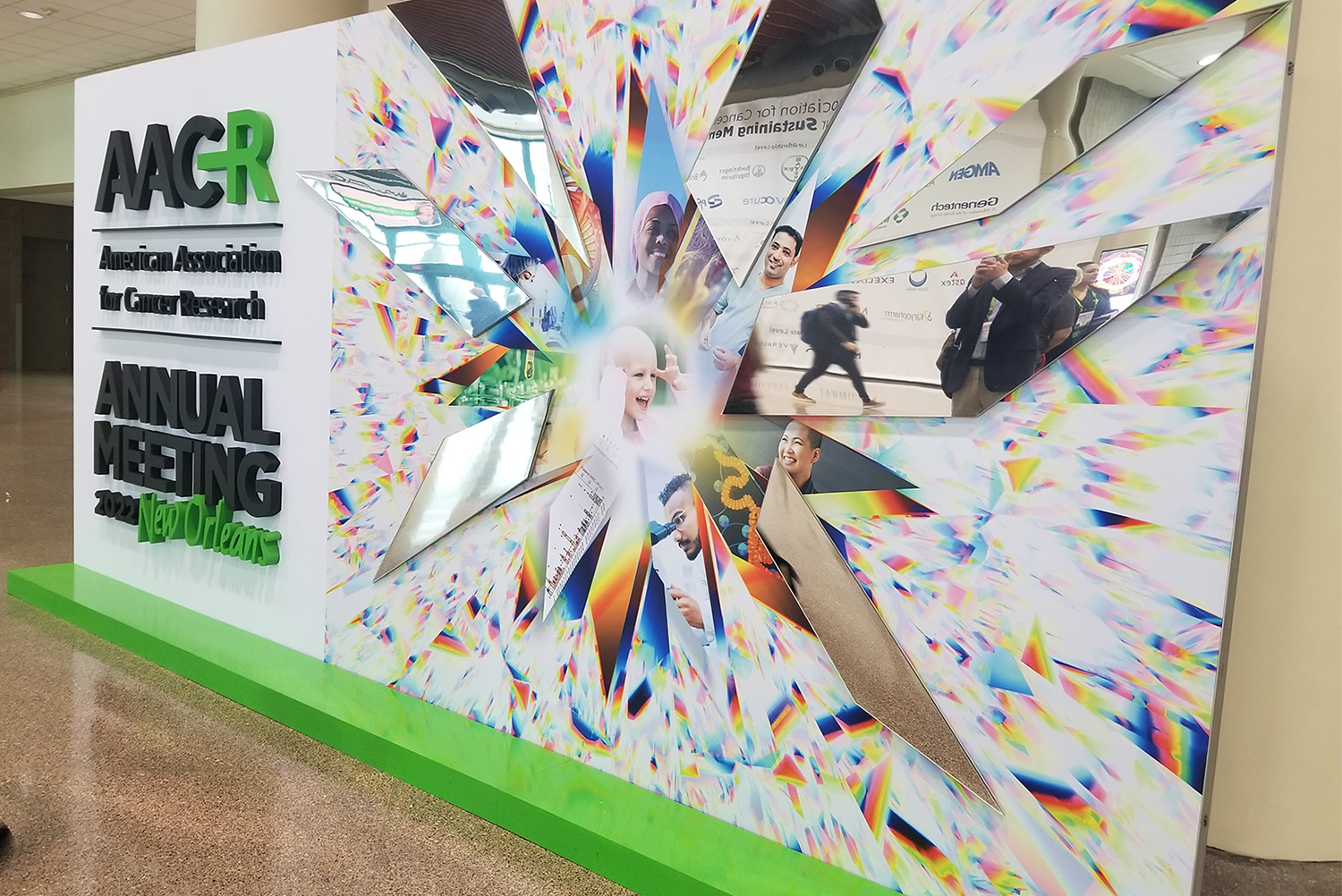 ​​Photo by Marci A. Landsmann

The American Association for Cancer Research (AACR) Annual Meeting 2022 took place virtually and in-person in New Orleans April 8-13. Below are two of the meeting’s research highlights. For more information on the educational sessions and panels at the meeting, check out senior editor Marci A. Landsmann’s stories on the RACE for Children Act and collaboration on rare cancers; editor Eric Fitzsimmons’ stories on second DCIS diagnoses and the relationship between stress and cancer; and associate editor Thomas Celona’s story on amino acids and tumor growth. You can also find coverage of the meeting on the AACR blog Cancer Research Catalyst. (The AACR publishes Cancer Today.)​

Administering Opdivo (nivolumab) in combination with chemotherapy to patients with resectable non-small cell lung cancer (NSCLC) prior to surgery significantly improved patient outcomes, according to data presented at the American Association for Cancer Research Annual Meeting 2022 in New Orleans and simultaneously published in the New England Journal of Medicine (NEJM). In the phase III CheckMate-816 trial, patients with stage IB to IIIA NSCLC either received three cycles of Opdivo plus platinum-based chemotherapy or chemotherapy alone prior to surgery. Event-free survival for the Opdivo-plus-chemotherapy group was 31.6 months, compared to 20.8 months for the chemotherapy-only cohort. Additionally, 24% of the group receiving Opdivo saw complete pathological response following surgery, versus just 2.2% in the other group. Taking Opdivo, which received Food and Drug Administration approval for resectable NSCLC treatment in the neoadjuvant setting in March, resulted in patients in the study receiving less invasive surgery. “These findings, combined with the improved survival outcomes, have the potential to completely change the way surgeons and oncologists collaborate in treating patients with resectable non-small cell lung cancer,” Jonathan Spicer, a surgeon at Montreal General Hospital and a study investigator, said in a press release. An accompanying editorial in the NEJM noted that trial results could be “practice changing”; however, it also cautioned the data are still new and several questions about treatment implementation remain.

CAR T-cell therapy, which has proven effective for hematologic cancer treatment, may help target certain solid tumors as well, according to preliminary clinical trial data presented at the American Association for Cancer Research Annual Meeting 2022 in New Orleans. A first-in-human trial evaluated using a CAR T-cell product that targets the antigen CLDN6 alone and in combination with an mRNA vaccine called CARVac. The therapy’s goal is to increase CAR T cells in the blood and, in turn, kill more tumor cells. Researchers evaluated 14 patients in total, with six patients—four who had testicular cancer and two with ovarian cancer—seeing declines in their tumors after six weeks. Furthermore, one participant’s cancer went into complete remission. “The infusion of CLDN6 CAR T, alone or in combination with CARVac, is safe and holds promise for patients with CLDN6-positive cancers,” lead researcher John Haanen, a medical oncologist at the Netherlands Cancer Institute in Amsterdam, said in a press release. “CLDN6 was never targeted before with cellular therapy, but in our study, this approach is already showing efficacy that may be better than the data from other CAR T trials in solid tumors.”

Follow-up mammography rates for breast cancer survivors age 40 to 64 have steadily declined since 2009, according to a study published in JNCCN. The nationwide analysis found annual mammography use among this group decreased by approximately 1.5% per year from 2009 to 2016, with the biggest decline (2.8% per year) seen in women age 40 to 49. This decline starting in 2009 followed a five-year period where mammography use remained stable. Among survivors age 40 to 49, 68.7% received annual mammograms in 2009, but that dropped to 57.1% by 2016. For survivors age 50 to 64, 74.1% received annual mammograms in 2009, but that decreased to 67.9% in 2016. The investigators said it’s unclear what prompted this decline in surveillance mammography, but they expressed great concern, specifically at the decrease among survivors age 40 to 49, who are more likely to have aggressive tumors. “Breast cancer diagnosis before age 50 years is also known to be an independent risk factor for local breast cancer recurrence, and declining adherence to surveillance could result in missed opportunities for early detection of breast cancer recurrence, potentially translating to poorer breast cancer outcomes,” they wrote.

April 15: The Week in Cancer News