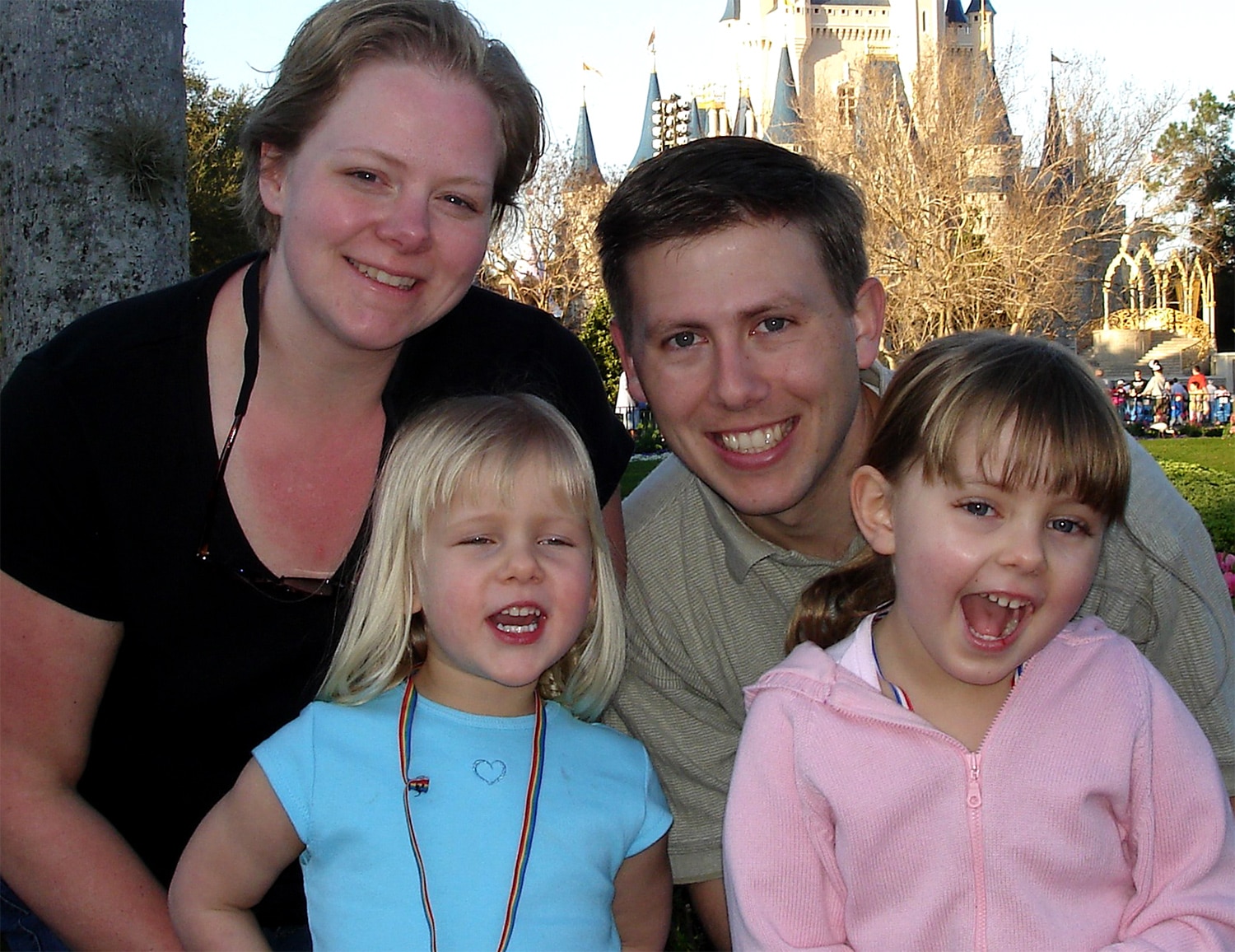 Entrepreneurs Keith and Brooke Desserich ​​were used to doing SWOT analyses—an acronym for strengths, weaknesses, opportunities and threats—as a step in setting a business plan in motion. These tactics, along with a high tolerance for risk, are how the husband-and-wife team approached their construction and property management businesses in the Cincinnati area. But in 2006, the family found themselves facing a bitter reality with no solutions in sight.

Shortly after Elena was diagnosed with cancer, Keith had started writing a blog and keeping a journal to document Elena’s journey for her 3-year-old sister, Grace. (These musings would go on to become a New York Times bestselling book called Notes Left Behind, which features Elena’s drawings and notes alongside her parents’ perspectives.)

In March 2007, Keith wrote about a strategy in his blog. He urged researchers to do more than allocate research dollars according to how many people are affected and die from diseases. He argued that DIPG, which affects a few hundred children a year in the U.S., and other rare cancers required concerted effort and time, insisting that these investments, particularly in pediatric brain cancer, could hold answers to other hard-to-treat cancers. He used the phrase “home run strategy” to encourage researchers to take big risks instead of settling for incremental progress.

The response was overwhelming. Checks poured in. Some were made out to “The Cure Starts Now”—the last line of Keith’s post. The Desserichs started a foundation with that name and used their skills as entrepreneurs and planners to lead it.

“There were organizations out there, but they weren’t focused on what we wanted to focus on,” says Brooke, who is the executive director of The Cure Starts Now Foundation. “We really took the time to say that if we were going to do it, we weren’t going to do this halfway. We know the ultimate plan would be to find a cure.”

Today, The Cure Starts Now Foundation, based in Cincinnati, has grown exponentially. With more than 41 chapters worldwide, the organization raises approximately $5 million a year to support research for high-risk pediatric brain tumors, including DIPG. In addition, Keith is the founder of the DIPG Collaborative, which is made up of more than 20 foundations that come together to fund DIPG research. Every other year, research funded through these efforts is presented at a conference.

Parents anywhere can enroll children who have DIPG, no matter where they are being treated. As part of their participation, the children have access to a free second opinion, including reviews of their MRI scans by two radiologists. (DIPG is diagnosed via a brain MRI.)

The registry serves as a clearinghouse for information. Scientists can request access to data for research and in return must agree to share their results. In addition, The Cure Starts Now provides funding to a network of pediatric hospitals, what Keith terms a “virtual hospital network,” to test novel agents in smaller studies.

“When there is a promising result [in the laboratory], we are already finding a clinician and saying, ‘I would love for you to do this, and I will fund you to do this,’” Keith says. These efforts help streamline the clinical trial process so that researchers can find out more quickly whether promising treatments are effective or not. In addition, these hospitals are geographically dispersed throughout the country so patients don’t need to travel great distances for treatment.

“We’re effectively setting a table here of everything and everyone who needs to be considered,” says Keith. “It’s a business plan. And that’s the reason why people know about a disease that affects just 200 to 300 people a year, because we set this plan in place.”

For Keith, the objective is to cure cancer. When people doubt the feasibility of such a lofty goal, he maps out a plan with incremental steps. “Why in God’s name would we get into this if we didn’t think we’d have the audacity to cure cancer? If I felt there was a doubt in my mind, I certainly wouldn’t be doing this,” he says.

This outlook offers a needed perspective on a terrible disease, says John P. Perentesis, a hematologist-oncologist at Cincinnati Children’s Hospital Medical Center. “The Desserichs took DIPG from being a disease with a mindset that there is just nothing you can really do about it to knowing there are real opportunities to move it forward,” says Perentesis.

The Cure Starts Now has supported research that has changed how DIPG is viewed, including research published in 2011 showing DIPG is distinct from adult gliomas and other kinds of pediatric cancer. In 2012, scientists discovered that brain cancers found in the midline region of the brain, including up to 80% of DIPGs, have histone mutations that could be targeted with drugs. The Cure Starts Now is working with pharmaceutical companies to provide funding to test new treatments.

The Desserichs’ choice to put parents at the center of research decision-making is transformative, Perentis adds. Parents who join the DIPG Collaborative and The Cure Starts Now help direct research priorities and decide what gets funded. And because data are shared freely, including by pharmaceutical companies, parents who enroll their children in the registry also learn about clinical trials, Keith says.

“The best thing you can do is put the power in the hands of the parents, and you can do a trial where we all know what’s going on and you can do it at five times the speed,” says Keith, describing the collaboration he envisions through these efforts.

At the time of Elena’s diagnosis in 2006, few organizations advocated for DIPG research. In the absence of effective treatments, the Desserichs believed then, just as they believe now, that this cancer and other hard-to-treat cancers posed difficulties but also unique opportunities.

“With DIPG, there is nothing [to effectively treat it], so you are forced to do something else, something new,” says Keith, who notes that some of the biggest advances in cancer treatment—including for acute lymphocytic leukemia, which now has a five-year survival rate of 85% in the U.S.—have come from research on pediatric cancer. “We can’t just get better at what’s already been done,” Keith says.

There are still difficult days for Keith and Brooke, who experience grief as they stand by other parents who have children who die of DIPG. “It can be hard for us. But I also know [that] at least I tried as hard as I could to give those parents the options, to give them the hope and the possibility of a cure,” says Brooke. “Whether it will happen with that child or the next child, I know that I tried my hardest to make sure we are on a pathway to a cure.”​