The Crowded Field of Checkpoint Inhibitors

Drug developers behind currently approved checkpoint inhibitors discuss the pros and cons of competition in the field. 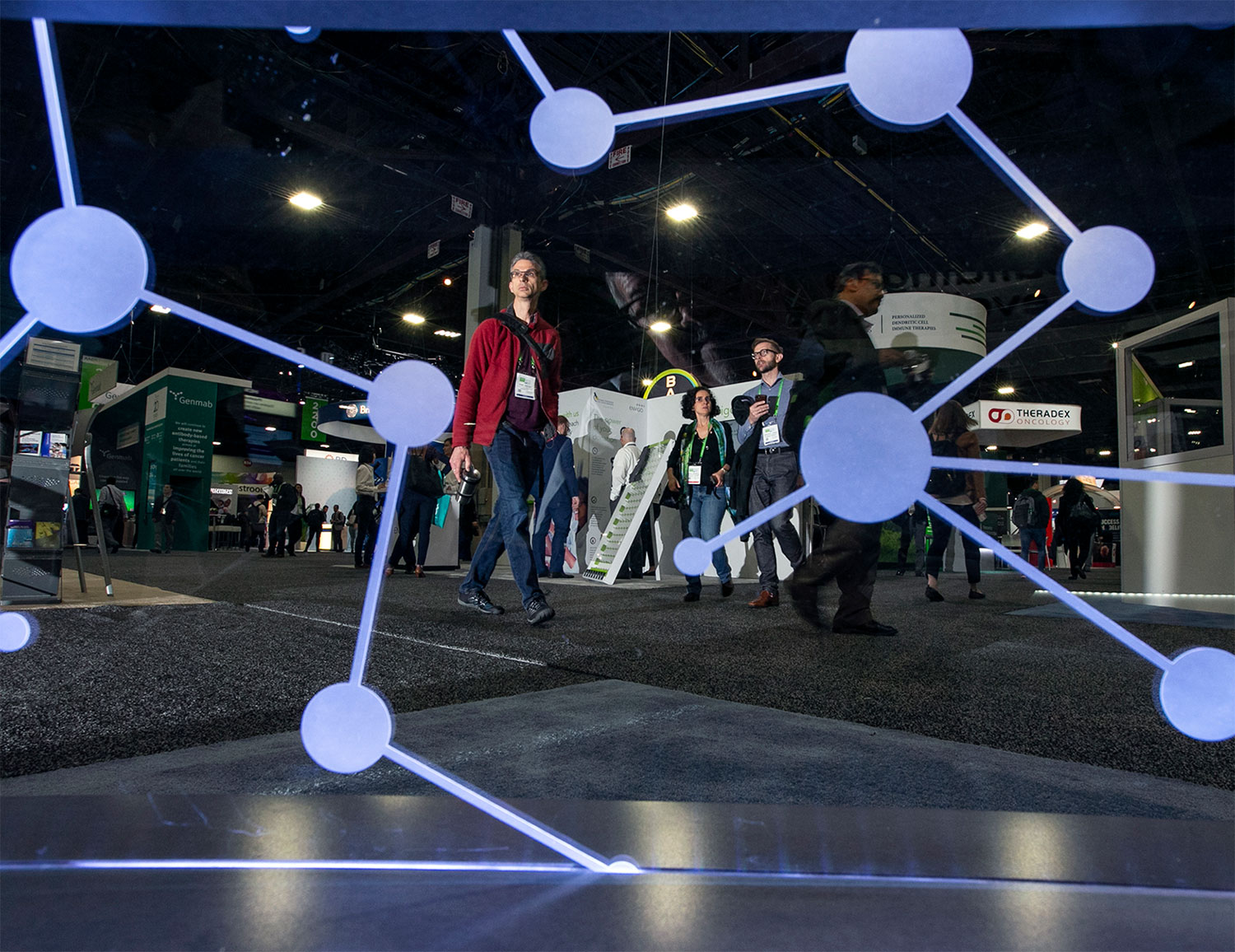 PHARMACEUTICAL COMPANIES COMPETE to get dru​gs approved for new indications and to sell more of their therapies. But on April 1 at the American Association for Cancer Research (AACR) Annual Meeting 2019, drug developers from six major companies came​ together in Atlanta to discuss checkpoint inhibitors, drugs that help the immune system to mount a response against cancer. (The AACR publishes Cancer Today.)

PD-1 and PD-L1 are proteins on immune cells and tumors that bind to each other to dampen immune response. In 2014, Keytruda (pembrolizumab) became the first drug targeting PD-1 to be approved by the U.S. Food and Drug Administration (FDA). The first PD-L1 inhibitor, Tecentriq (atezolizumab), was approved in 2016. The session’s panelists represented drug companies that sell the six currently approved checkpoint inhibitors targeting PD-1 and PD-L1. (A seventh approved checkpoint inhibitor targets CTLA-4.)

FDA Oncology Center of Excellence director Richard Pazdur co-moderated the discussion with Marc Theoret, also from the FDA.  Pazdur began the session by asking the drug developers if their checkpoint inhibitors were all “really the same drug.”

“The majority of these agents, whether PD-1s or PD-L1s, appear at least from a safety and efficacy perspective to be relatively similar,” said Hesham Abdullah of AstraZeneca, the company that markets Imfinzi (durvalumab).

“Although there are some differences, probably the end effect is more similar than different,” said Alan Sandler of Genentech, which developed Tecentriq.

However, Israel Lowy of Regeneron, maker of Libtayo (cemiplimab), argued that there is a “big difference” between PD-1 and PD-L1 inhibitors. He said that it’s “very rare” to see a study where a PD-1 inhibitor has failed and a PD-L1 inhibitor has succeeded, but you can find more examples where PD-1s have succeeded and PD-L1s have failed.

Pazdur followed up with the question: “Do we just have too many of these same drugs here?”

Kevin Chin of EMD Serono, which markets Bavencio (avelumab) in cooperation with Pfizer, contended that there are benefits to having so many companies working in the field. He gave the example of Merkel cell carcinoma, a rare skin cancer that can be treated with Bavencio and now also Keytruda. “Probably those patients would have never had access to PD-1/PD-L1 inhibitors for who knows how long, but because of competition, because of having multiple agents in the space, they had access to a registration trial really early on,” he said.

“In terms of thinking about do we have too many drugs available on the market, I don’t think that’s the case,” said Abdullah. “I think it actually enables patient access to these novel medicines.” However, Abdullah acknowledged that there is “more work to be done” when it comes to questions about how many similar trials should be going on.

Pazdur emphasized that running trials relies on patients. “Patients … are not a company’s resource,” he said. “They are a global resource to answer important questions. When we have a suboptimal way of developing drugs with a lot of duplication, that can result in a lack of confidence in the system of clinical trials, for example, or just unnecessary duplication and expense.”

The FDA has asked companies to collaborate on trials and adopt approaches like the use of a common control group to compare with the patients taking their drugs. But Pazdur said that the FDA has not seen a lot of collaboration between major companies.

Scot Ebbinghaus of Merck, which makes Keytruda, pointed out that while he wasn’t collaborating with the companies sharing the stage with him, he is collaborating with many other companies. “The idea of collaborating, I think, with each other, it’s a little more challenging, I guess, from a number of different perspectives.”

“Maybe this is the kickoff of such a thing,” said Fouad Namouni of Bristol-Myers Squibb, the maker of Opdivo. “There are so many things we can do together, and we can learn from each other in the precompetitive space.”

Pazdur brought up the inconsistencies between the ways companies test for PD-L1 expression​ on tumors, a biomarker that can help predict which patients will respond to immunotherapy. He expressed concern that biomarker test development might continue in this fragmented way.

Ebbinghaus characterized the broad range of different assays as a consequence of the very fast pace at which the original checkpoint inhibitors were developed. “The clinical development of the drugs actually outpaced the biomarker development,” he said.

When Pazdur asked the drug developers to predict where the field would be in four years, Genentech’s Sandler expressed a hope that this scattered state of testing would be improved. “I think we will be able to get companies to work together in that biomarker space,” he said.​

Editor’s note: This piece has been updated to clarify that there are a total of seven approved checkpoint inhibitors.​