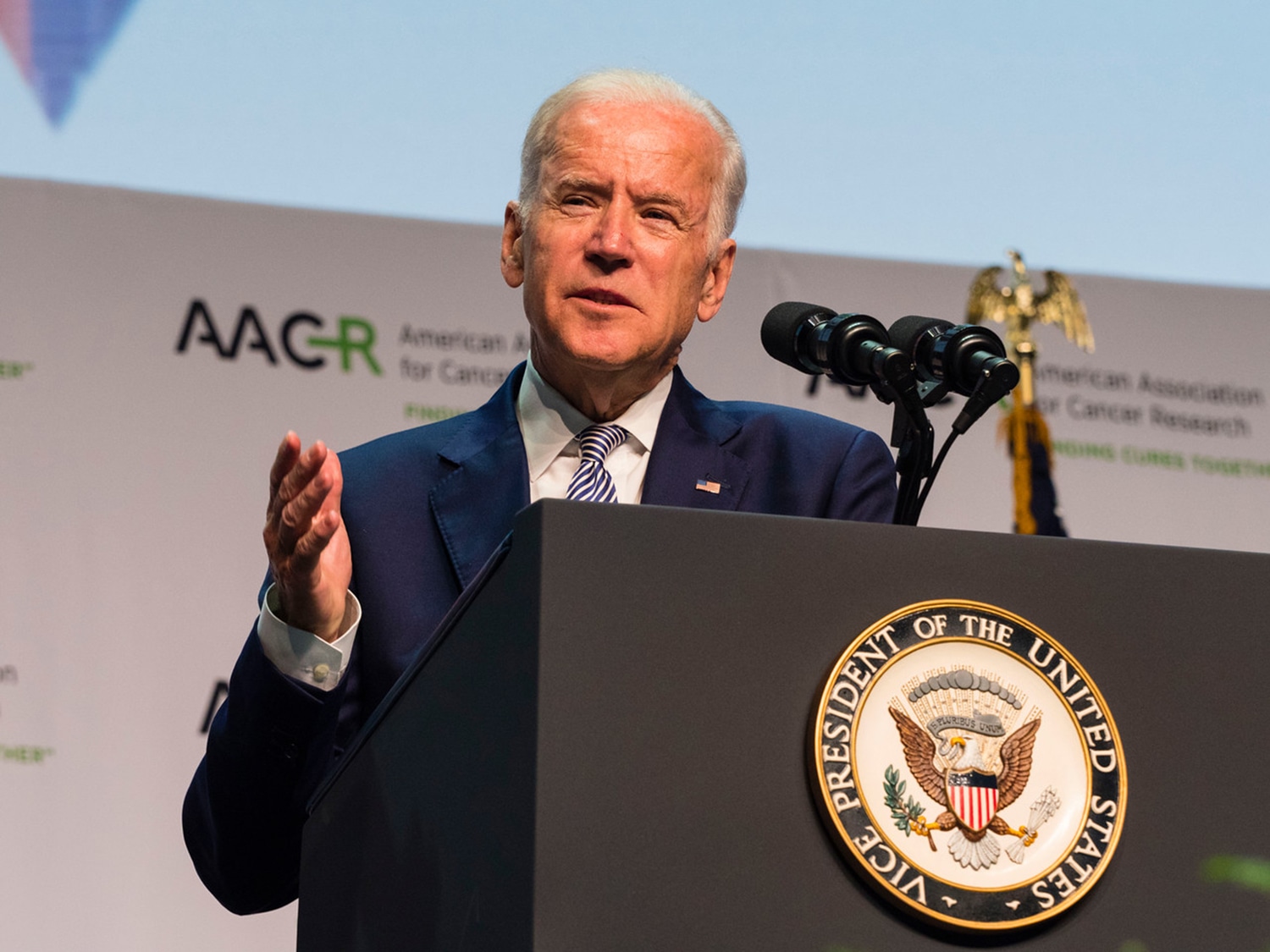 VICE PRESIDENT JOE BIDEN urged the cancer community to work together to accelerate progress against cancer in a speech April 20 before researchers attending the American Association for Cancer Research Annual Meeting 2016 in New Orleans.

He criticized “cancer politics” that can slow progress and called for aligning incentives in cancer research “to move more rapidly and be better able to serve patients.”

Sharing data is needed but is not encouraged under the current cancer research structure, Biden said. A change in the status quo is needed to reach Biden’s goal of making a decade’s worth of progress in five years, the vice president said.

Biden didn’t spare the federal government in his comments, criticizing complicated federal grant application procedures and long wait times for researchers to hear whether a grant has been approved. Researchers spend an inordinate time applying for grants rather than working on research, he said.

“It’s like asking Derek Jeter to take several years off to sell bonds to build Yankee Stadium,” he said of the former New York Yankees great.

“Grants are given for what you’ve already done rather than for what you’re doing now,” he added, complaining of the difficulty young researchers face in getting grants approved. In addition, nontraditional research approaches are less likely to be funded, he said. Biden also criticized some scientific journals for having high subscription prices that can prevent easy access to the latest research.

“The taxpayers fund $5 billion a year for cancer research, every year. But after it’s published, nearly all of this taxpayer-funded research sits behind walls,” he said. “Tell me how this is moving the process along more rapidly.”

The vice president enumerated some of the breakthroughs he believes are on the verge of changing the way cancer is diagnosed and treated: immunotherapy that uses the body’s immune system to attack cancer; big data, the term used to describe the collection and rapid analysis of huge amounts of patient information to be used in treating cancer; team science that encourages collaboration among researchers; and innovative approaches to clinical trials that test new cancer treatments. Only 4 percent of Americans under treatment for cancer participate in cancer trials, Biden said.

Biden pledged his personal support and the resources of the federal government to make more rapid progress against cancer.

“I want be clear. My job and my commitment is to bring together all of the human, financial and knowledge resources we have in the world to seize this moment, to make a quantum leap, to make a decade’s worth of progress in five years,” Biden said.

Biden announced his commitment to a cancer “moonshot” last October after the death of his son Beau from brain cancer in May 2015. President Barack Obama assigned Biden the task of leading the moonshot effort in his State of the Union address January 12.

The vice president was accompanied by his wife, Jill Biden, who spoke about her own history of cancer-related advocacy and introduced him to the audience.

In a statement released after the event, AACR chief executive officer Margaret Foti thanked Biden and his wife for addressing the annual gathering.

“We are at a watershed moment in cancer research, and their remarks serve to motivate us to work even harder to hasten the pace of progress against cancer,” she said. “With the opportunities available from current breakthroughs and the promise of incredible advances against cancer on the horizon, we look forward to continuing to work with Vice President Biden in our mutual quest to chart a path to ‘end cancer as we know it today.’”