The Cancer Today editorial staff selects some of the most interesting and impactful reporting, research and perspectives of 2018. 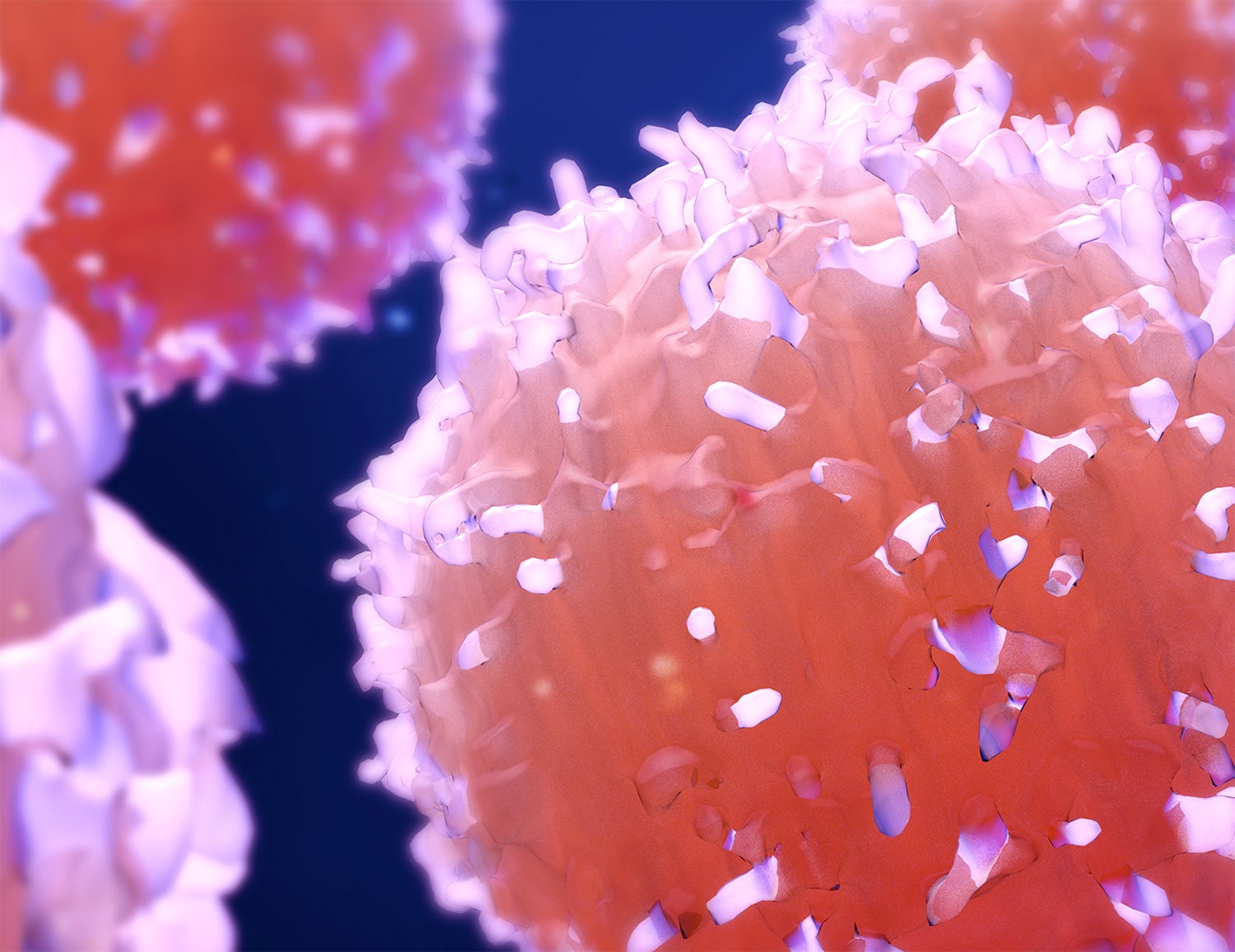 IN THE U.S., CANCER DEATH RATES have been decreasing since the 1990s, translating into almost 2.4 million cancer deaths avoided, according to the AACR Cancer Progress Report 2018. But behind this encouraging trend, cancer patients and survivors continue to work to overcome challenges. As 2018 comes to a close, Cancer Today editors have chosen some of the year’s noteworthy articles that highlight the real-life issues​ that cancer patients and their loved ones face.​

The Unnecessary Cruelty of Clinical Trials
Every Breath I Take, March 28

In a blog post, Lisa Goldman writes about the painful experiences friends have had enrolling or trying to enroll in clinical trials, painting a picture of byzantine bureaucracy and decisions that can seem capricious. Goldman, who has advanced non-small cell lung cancer, knows all the scientific explanations for clinical trials inclusion and exclusion criteria. “Look, obviously, not every patient who wants access to a trial can or should be admitted. I understand sometimes these justifications make sense … but, not always,” Goldman writes. “I think it’s fair to examine if there are ways to improve the process.”

Written in response to a perspective published in JAMA Oncology that criticized medical centers’ tendency to advertise clinical trials to attract patients, this article highlights the ethical considerations of promoting clinical trials to market a health care facility. On one hand, these efforts can make cancer patients aware of opportunities to take part in clinical trials, which can bolster research. However, there are clear downsides​ when the potential benefit of clinical trials, which may be no better than the standard of care, is overstated to drum up interest.

Oncologist and researcher Ajay Aggarwal writes that only a small percentage of cancer drugs approved by the U.S. Food and Drug Administration (FDA) improve patient survival or quality of life. His position is simple: Regulators should ensure that patients benefit from a drug before approving it. “Approvals that let drugs stay in the marketplace on the basis only of quick, easy surrogate endpoints are unlikely to produce highly effective treatments; we simply get more drugs providing marginal value,” he writes.

The Promise of Vaping and the Rise of Juul
The New Yorker, May 14

The drawn-out conflict between the U.S. Food and Drug Administration ​and the manufacturers of the popular e-cigarette brand Juul has been one of the biggest public health stories of 2018. Despite being pitched as a way to give smokers access to nicotine while weaning them off the carcinogenic chemicals present in traditional cigarettes, the rising popularity of e-cigarettes among teenagers has prompted the FDA to take action against retailers. Shortly after the FDA announced its “blitz” against e-cigarettes in April, this report by Jia Tolentino cut to the core of how the devices are looked upon by young people. “You’re expected to Juul, but you’re expected to not depend on it,” notes a high-school student she interviewed. “If you’re cool, then you Juul with other people, and you post about it, so everyone will see that you’re social and ironic and funny. But, if you’re addicted, you go off by yourself and Juul because you need it, and everyone knows.”

How Accurate Is Direct-To-Consumer Genetic Testing? From Gold(ish) To Garbage
Forbes, May 28

The FDA approved the first direct-to-consumer (DTC) test for cancer risk on March 6, 2018, expanding the reach of consumer genetic testing company 23andMe. The 23andMe test received FDA approval to test three of the more than 1,000 BRCA1 and BRCA2 mutations, which have been shown to increase the risk of breast and other cancer types. In this article, Ellen T. Matloff, a genetic counselor who runs a digital genetic counseling company, notes the variability of DTC tests. She writes that the 23andMe tests “are only returning a handful of the carrier results offered by medical-grade companies that perform this work, and three of the thousands of known BRCA variants. So, 23andMe consumers are receiving a fraction of the information returned by medical-grade testing companies in these arenas.”

One of America’s Biggest Genetic Testing Companies Refuses to Publicly Share Data That Could Save Countless Lives
Mother Jones, June 6

As scientists from private, government and public sectors work to understand the role of genes in cancer development and treatment, it’s not uncommon to hear rallying cries to share anonymized data ​to advance research. But not everyone is sharing the fruits of their labor, this article notes. Myriad, the genetic testing company that held the patent on BRCA1 and BRCA2 genes until the Supreme Court ruled that genes are not patent-eligible in 2013, has built its own genetic database and hasn’t contributed to public repositories since 2004. “Myriad’s database, the single best source of data about the connections between BRCA mutations remains a trade secret to this day,” the article explains. In response, many companies and medical labs are part of a growing movement to share data through public repositories. In the article, Myriad cited privacy concerns over sharing the information, noting that they do provide that information at a patient’s request.​​​​

Cancer patients with limited treatment options may be vulnerable to scare-mongering news stories and misleading promotions that tout miracle cures. In this article, HealthNewsReview.org publisher Gary Schwitzer describes the anger felt by women with breast cancer on both sides of the Atlantic in response to tactics that manipulate sick patients and the worried well​ into chasing approaches with no proven benefits. In addition, Schwitzer highlights the Cancer Claims CRAP Test as a resource for evaluating website claims.

There Is No Respite
Faith, Hope and Wine, July 3

Read side by side, Adam Hayden’s blog Glioblastology and Whitney Hayden’s Faith, Hope and Wine paint an unfiltered picture of a couple striving to ensure that their three young sons enjoy as fruitful a childhood as possible despite their father’s glioblastoma. In his blog, Adam tends to engage with his illness via his academic background in philosophy. Whitney’s posts tend to be more anecdotal, and her frank reflection in this post illustrates how cancer affects all those around the patient.

Are We Being Misled About Precision Medicine?
The New York Times, Sept. 11

Liz Szabo, a reporter for Kaiser Health News, highlights how precision medicine remains an unfulfilled hope for many patients with cancer. Szabo opens this opinion piece by telling the story of MaryAnne DiCanto, a breast cancer patient who “put her faith in precision medicine.” DiCanto went to great efforts to find treatments that targeted mutations in her tumor but ultimately did not benefit from this approach and died in 2017. “Doctors and hospitals love to talk about the patients they’ve saved with precision medicine, and reporters love to write about them,” writes Szabo. “But the people who die still vastly outnumber the rare successes.”

Clinical trials of new drugs fail to include black participants even when they are testing treatments for a cancer type that disproportionately affects black patients, this article notes. The clinical trial behind the approval of one multiple myeloma treatment had 1.8 percent black participants, even though African-Americans are more than twice as likely as white Americans to be diagnosed with multiple myeloma, for instance. The research shows that African-American patients may not have the same access to experimental drugs as white Americans. And valuable information on how drugs might work differently for African-American patients is missing from the research.

An analysis of research on anti-depressants published in Psychological Medicine​ found that 98 percent of studies with positive results were published, while only 48 percent of negative studies were published. This article uses this study to illustrate how many factors, including publication bias, selective reporting of study results to accentuate the positive, “spin” that distorts study results, and citation bias (citing mostly positive studies), can contribute to a distorted view of research progress. Fixing these abuses “might make for more boring news and more tempered enthusiasm. But they might also lead to more accurate science,” writes pediatrician and blogger Aaron E. Carroll.

A study published in the October 2018 issue The American Journal of Medicine found that 42.4 percent of newly diagnosed cancer patients had depleted their life assets two years after their diagnosis. The study analyzed cancer patients’ net worth at diagnosis, and compared it to their net worth two and four years after. In this reaction piece, Derek Beres, a cancer survivor and Big Think columnist, writes about the dark financial realities facing cancer survivors—and the growing prominence of health care as a political priority in the November 2018 midterm election. Beres notes that the high costs of health care are often punted to those who can afford it the least. He writes, “This study is just one example of a culture that continues to divide its wealth to such extremes.”