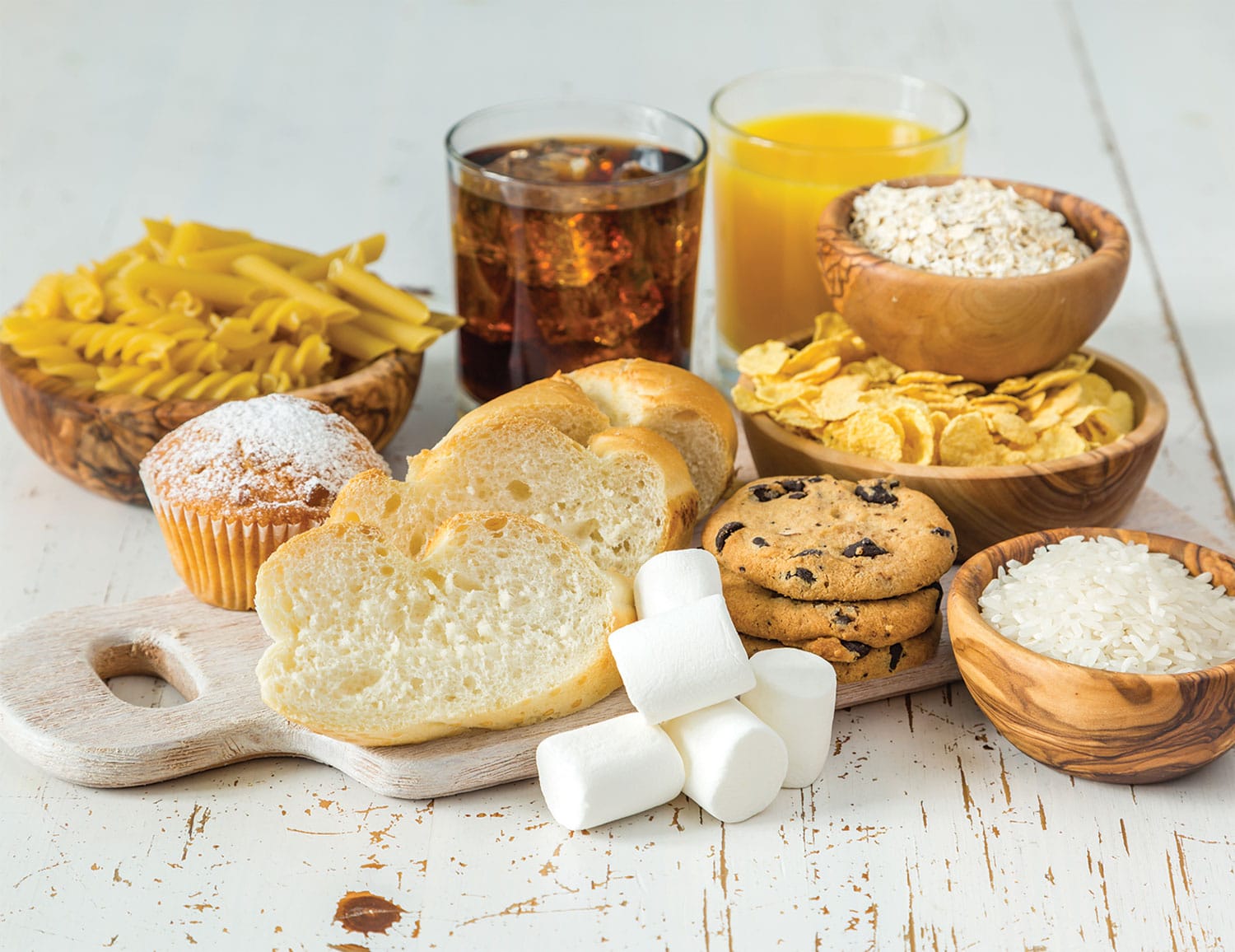 RESEARCHERS INVESTIGATING THE RELATIONSHIP between mortality risk and carbohydrate intake among head and neck cancer patients found that while the total amount consumed is influential, it’s not the whole story. The consumption of complex carbohydrates versus refined carbohydrates could also play a role.

A study published in the September 2018 issue of the International Journal of Cancer assessed head and neck cancer outcomes in relation to a patient’s carbohydrate intake before and during cancer treatment.

Between 2008 and 2012, 414 newly diagnosed head and neck cancer patients at University of Michigan hospital clinics filled out questionnaires about their current diets. The researchers used nutrient databases to estimate the average carbohydrate, protein and fat intake per day for each patient. Seventy patients died from all causes during a follow-up period of 26 months, with 42 of those deaths attributed to head and neck cancer.

Compared to participants with the lowest total intake of carbohydrates, individuals with the highest intake at the start of the study were significantly more likely to die of all causes—and head and neck cancer, specifically—during the 26-month follow-up period.

Sugary drinks are the leading source of added sugar in the American diet. “If you want to cut back on sugar, first look at what you’re drinking,” says Karen Collins, a nutrition adviser for the American Institute for Cancer Research. Try adding a squirt of lemon or lime juice to plain seltzer or club soda, Collins suggests. It will give you a hint of flavor but with a fraction of the sugar.

“Rather than avoiding all carbs, you should choose complex carbs such as whole grains, beans, fruits and veggies,” says Arthur. “Avoid simple carbs such as refined grains, sweets and desserts, and sugar-sweetened beverages.”

A warming, comforting beverage that isn’t packed with sugar.

In small bowl, whisk cocoa with ¼ cup of hot tea until dissolved, then add it to tea. Mix in vanilla, and almond or soy milk. Heat over medium-high heat until steaming. Divide among 4 mugs and sweeten to taste individually.

A Voice at Risk

Rob Paulsen has voiced hundreds of animated characters, but as he prepared to return to a beloved role, cancer threatened his livelihood.