Getting Breakthrough Pain Under Control

When Diane Ramirez of Lancaster, California, was six months into her chemotherapy treatment for acute lymphoblastic leukemia, she often experienced flare-ups of pain for no apparent reason. “I would be perfectly fine and suddenly I would feel a sharp, shooting pain going up my back,” says Ramirez. “Sometimes it would last five minutes, but other times I would have it for several hours. My doctors prescribed Vicodin and morphine, but nothing worked.” 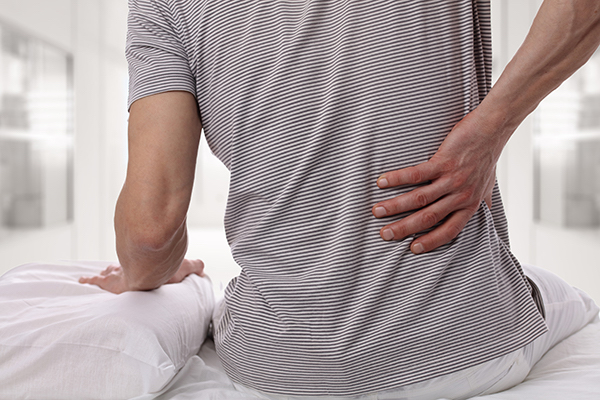 Ramirez, 23, was describing breakthrough pain—a sudden burst of pain that is able to “break through” the medication a patient is taking for ongoing, or persistent, pain. This type of pain is an all too common occurrence for cancer patients. A review of 19 studies that was published in January 2014 in the Journal of Pain and Symptom Management found rates of breakthrough pain that ranged from nearly 40 percent of cancer patients seen in outpatient clinics to about 80 percent of patients receiving hospice care.

Breakthrough pain can happen during any stage in cancer treatment. It occurs in some patients when they are recovering from a mastectomy or other types of cancer surgery, says Marc Rappaport, an oncologist with the Western Connecticut Medical Group in Danbury. The pain can also be a side effect of chemotherapy, caused by the cancer itself, or triggered by an activity, such as walking or gardening. At other times, there may be no identifiable cause. “I probe my patients to find out about their breakthrough pain, asking them to describe it on a numerical scale,” says Rappaport. “It’s important to treat it because it can cause depression and get in the way of their life.”

Even though breakthrough pain is widely reported, it is not always easy for cancer patients to get the medications they need to make them more comfortable. One reason, says Sorin Buga, an internist specializing in palliative care at City of Hope in Duarte, California, is that the misuse of pain medication by some people has resulted in greater restrictions on and more limited access to the drugs for patients who really need them. “It’s the cancer patients who suffer,” he says.

Patients can help their doctors treat their pain.

Patients can help their doctors treat their pain by taking the following steps.

The drug most often prescribed for breakthrough pain is fentanyl, an opioid that comes in a tablet that can be placed under the tongue and is also available as a lozenge or nasal spray. To reduce the risk of fentanyl addiction, the U.S. Food and Drug Administration requires health care providers and pharmacists who want to prescribe or dispense the medications to enroll in a special program and pass a test on proper methods for prescribing opioids. Patients and doctors must also sign and file an agreement that they will use the drugs safely. “During the first visit, I go over the side effects of opioids, including addiction,” says Buga. “I tell my patients that if they’re craving the medication, they should tell me right away so we can switch to something else before [the craving] becomes a real problem.”

Ramirez’s oncologist had prescribed many medications to help her deal with the breakthrough pain, including methadone, oxycodone and a fentanyl patch. When she saw Buga at City of Hope, he suggested she add a fentanyl tablet. She started by taking a tablet every six hours but found that the pain returned before it was time for her next dose. Buga then adjusted the frequency to every four hours—which controlled the pain.

Ramirez had her last chemotherapy treatment in July 2014 and is now in remission. “I’ve noticed that the pain is not as intense,” she says. “In the coming months, I will slowly be weaned off the pain medicine as I start getting back to my life.”