Q&A with Rick Kittles, associate professor of medicine and epidemiology and biostatistics at the University of Illinois College of Medicine in Chicago.

It’s widely recognized that certain cancers are more common or have a higher mortality in some racial or ethnic groups than in others. These differences, referred to as “cancer health disparities,” are especially stark for prostate cancer: African-American men have the highest prostate cancer incidence, and they are twice as likely as white men to die of the disease. 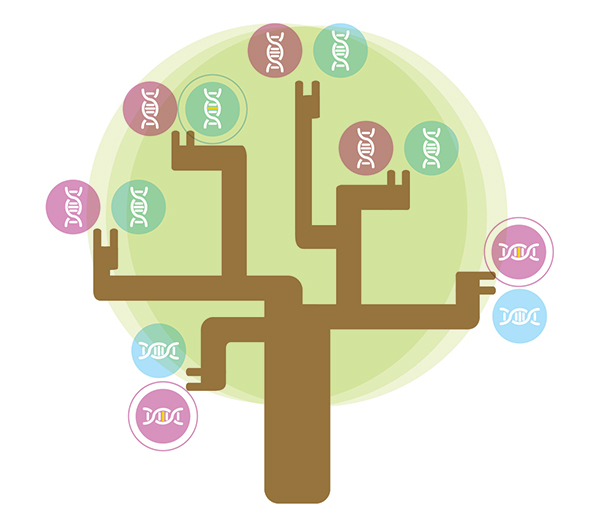 For decades, researchers have been trying to understand why these disparities exist. But answers have been difficult to come by. One of the primary problems is that race is a category that is based largely on appearance or skin color, not science. To overcome this obstacle, Rick Kittles, a cancer geneticist, is bringing genetic ancestry into the equation. He believes that by looking beyond people’s self-identified or assumed race and focusing on their genes, it may be possible to illuminate whether disparities arise from a genetic predisposition or are due to social or cultural factors, like access to care, diet, lifestyle, or other environmental exposures.

Cancer Today recently spoke with Kittles about his research on genetic ancestry and cancer.

Q: What can genetic ancestry tell us about cancer health disparities?
A: Disparities research is burdened with the problem of using race in the design of the study. Race really is a crude proxy for a shared genetic background and a shared environmental background. To tease apart genetic risk factors and environmental risk factors, we have to move away from race. Studying genetic ancestry can help us determine if genetic background is playing a role in the risk for disease.

Q: What have you learned using this approach?
A: For many cancers, we don’t see an ancestry effect. That means the bulk of that disparity is probably nonbiological; it’s more environmental. With prostate cancer we do see a strong correlation with genetic ancestry, which would suggest that there might be an enrichment of risk alleles [different versions of the same gene] that are common in West African populations, which is where most African-Americans trace their roots.

Q: What about other cancers?
A: We’re looking at triple-negative breast cancer and colon cancer, where there are some striking disparities and we’re assessing if biology is playing a role. If it is, then we can focus our studies in terms of that biology. If it’s not, then we really need to be honest and develop social and environmental interventions, such as diet and lifestyle improvements and greater access to care, that could alleviate some of those disparities.

Q: Would you recommend that African-American men have their genetic ancestry tested?
A: We’re not there yet. However, we have found that when you use the PSA (prostate-specific antigen) test as a biomarker, its predictive value is much higher in African-American men than in white men, and adding in genetic ancestry improves that predictive value even more.

Q: How could your research influence patient care in the future?
A: Genetic ancestry is bringing us closer to more personalized or individualized medicine, which is exactly where we need to go.