Gaining the Benefits of Early Detection

As first lady of Moldova, Margareta Timofti aims to increase cancer awareness and survival in one of Europe’s poorest nations.

WHEN NICOLAE TIMOFTI WAS ELECTED PRESIDENT OF MOLDOVA by the country’s parliament in March 2012, his wife, Margareta Timofti, rose to international prominence as well. As the country’s new first lady, Timofti intends to use her position to draw attention to women’s health issues—in particular, the thousands of deaths that could be prevented through cancer screening programs.

Her work will not be easy. Moldova, which is about the size of Maryland and is home to nearly 4 million people, is one of the poorest countries in Eastern Europe. The parliamentary vote that brought her husband to office followed nearly three years of deadlock between Moldova’s ruling, pro-Western Alliance for European Integration and the opposition Communist Party. Even so, since 2009, with the assistance of the International Atomic Energy Agency’s Programme of Action for Cancer Therapy, the country has been taking steps toward implementing its first national comprehensive cancer program. Timofti’s work can build on this foundation. 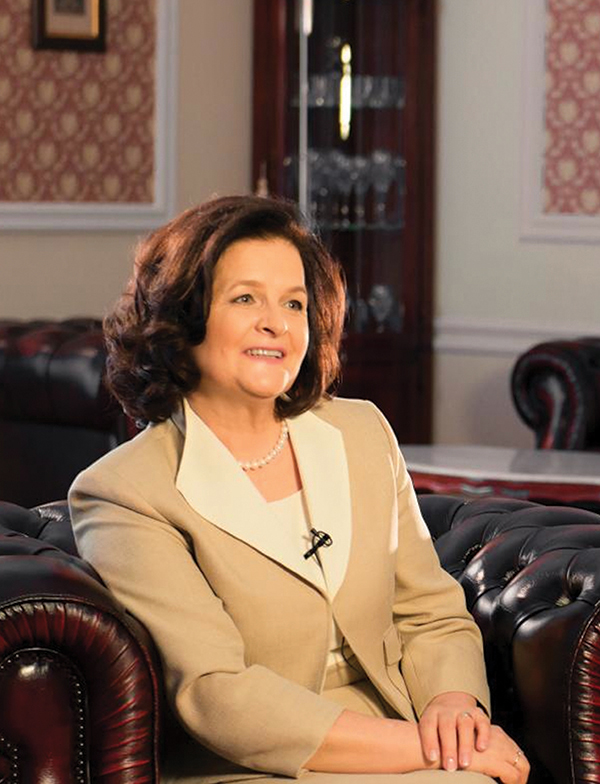 In October, the first lady traveled to the United States on an educational mission sponsored by the Institute of International Education. While in San Francisco, she spoke with Cancer Today (through a translator) about cancer in Moldova.

Q: Culturally, how is cancer viewed in Moldova?
A: Human nature is similar wherever you go. That aside, the difference is that the U.S. has a much longer history of freedom, of democracy, of freedom of speech, and all of these link together in people getting to a point where they can fully address their problems. Unfortunately, in Moldova, in addition to countless other problems of a social, political and economic nature, there is a reluctance to show others your weakness, so in many cases people don’t address it or keep it a secret that they only tell to their trusted ones.

Q: What is taking place to improve cancer screening for women?
A: In May 2011, in a joint venture with our Institute of Oncology, the National Health Insurance Company (NHIC) started an awareness campaign in five counties, providing screening for breast and cervical cancer.

This was the first cancer screening initiative to take place at a national level. Family practitioners told patients that funds were available to provide free transportation to the Oncology Institute [in Chisinau, the capital] for free screening and that free treatment would be provided for persons who were found to have cancer.

Q: About 60 percent of the population lives in rural areas. Where are they treated?
A: The Oncology Institute is the only hospital in the country that provides cancer treatment. Anyone who is treated for cancer must pass through its gates. A woman from a rural area stays at the hospital, as an inpatient.

Q: Cancer care is expensive. How is it paid for?
A: In 2004, with the introduction of mandatory social health insurance, the health system began to be financed through the new NHIC. So there is a mandatory [3.5 percent] deduction from people’s salaries [and an equal contribution from their employers], which is what pays for medical services, including cancer treatment. Also, a person who is unemployed can purchase insurance from this company, on an annual basis.

Q: What if someone cannot afford that?
A: There is a list of vital services that are provided to someone who has no insurance, and that includes treatment of cancer.

Q: Some of the newest cancer drugs are very expensive. Are these covered?
A: The NHIC does not have the monies to cover everything and there are some drugs that are not covered. If patients want these drugs, they would have to pay for them.

Q: As first lady, what is your marker for success in improving cancer care?

A: When we have constant and unrelenting awareness campaigns and enough money for screening for the entire population so that we can see the benefits of early detection—which can save women’s lives. When the medicine is not only available but also accessible. When these things happen, I will believe that a measure of success was attained.

A Snapshot of Cancer in Moldova