Talking to doctors about cancer and its treatment often means being bombarded with numbers, from percentages to risk ratios. Yet many people don’t fully comprehend what the numbers mean. As a result, cancer patients may not understand their prognosis, the effect a treatment might have, or their risk for recurrence. 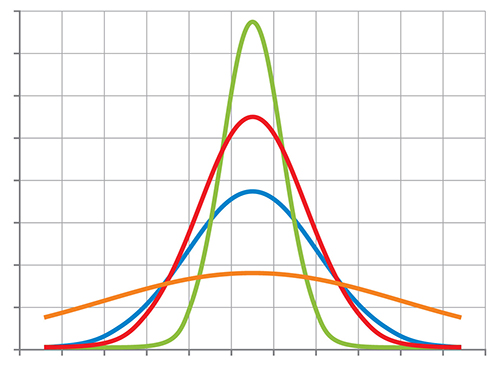 To help people become more comfortable with numbers and more in control of their health care decisions, researchers are studying both how cancer patients interpret statistics and the best way to present math facts. For example, researchers at Duke University in Durham, North Carolina, surveyed 105 breast cancer patients with hormone-sensitive tumors who had been given four post-surgery treatment options and the 10-year cancer-free survival rate for each treatment.

Other studies suggest individuals who are less skilled in math “are more influenced by other information,” such as stories from other survivors, says Ellen Peters, a psychologist at Ohio State University in Columbus who helped conduct the Duke study.

Emotions play a role, too. “Everybody is really worried [about their cancer], and we know that someone who is [worried] tends to perceive treatment benefits as lower and risk as higher,” says Peters. Math-savvy women can balance their worry by returning to the numbers, but women who don’t feel comfortable with math may be left with more worry or have less confidence in a treatment’s benefits.

Three ways you can better understand the numbers.

In a study published in February 2017 in Breast Cancer Research and Treatment, researchers surveyed women diagnosed with early-stage breast cancer to learn about how their doctors had talked to them about their risk of recurrence. They found that the more uncomfortable a patient was with numbers, the less the doctor discussed the risk of recurrence.

Feeling comfortable with numbers makes a difference, says Brian Zikmund-Fisher, a health communication researcher at the University of Michigan School of Public Health in Ann Arbor who co-authored the study. “The patients who have low numeracy [comfort with numbers] need the most help. But if their doctors aren’t talking with them, they get a double whammy,” of not getting information and not knowing how to ask the right questions.

Zikmund-Fisher is testing different ways to use graphs and diagrams to present numbers related to everything from blood test results to cancer-related risk factors. Other researchers are investigating whether patients understand more if they see certain types of pictures along with written explanations. “When we acknowledge that numeracy is a barrier,” Zikmund-Fisher says, “then we can think about how to overcome it.”