A Report Card on Active Surveillance

Many men with untreated prostate cancer are not getting proper follow-up.

When James Mullen of Gig Harbor, Washington, was diagnosed with prostate cancer in 2010, his doctor suggested he consider active surveillance rather than start treatment. He was a candidate for this option, his doctor explained, because his prostate-specific antigen (PSA) level combined with his biopsy’s Gleason score indicated a low risk that his cancer would progress.

Mullen, 80, says he was relieved he could avoid the possible complications of treatment. He also understood he would need to be diligent about making regular appointments for follow-up tests. “I was disciplined because I understood the consequences of avoiding the active surveillance protocol were to possibly put my life at risk,” he says. 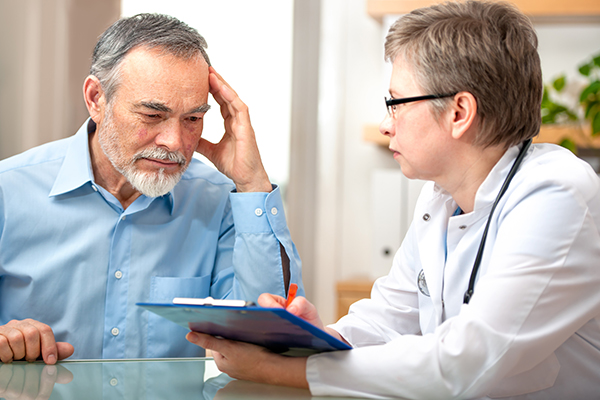 Mullen continues to strictly follow his doctor’s protocol for active surveillance. But new research suggests he is not the norm. Karim Chamie, a urologic oncologist at the University of California, Los Angeles, and his colleagues analyzed Surveillance, Epidemiology and End Results (SEER)–Medicare data for more than 3,600 men who had been diagnosed with low-risk prostate cancer and did not receive treatment for the cancer within two years of diagnosis. The study, published in the Dec. 1, 2015, Cancer found that less than 5 percent of men who were undergoing active surveillance met the study’s definition of adequate follow-up: a doctor’s appointment and a PSA test every six months and a second biopsy within two years of their initial diagnosis. (See “Be Active About Surveillance” below.)

Prostate cancer is the second most common cancer in American men, with an estimated 180,890 new diagnoses expected in 2016. More than 50 percent of newly diagnosed men are candidates for regular monitoring. And more men are making that choice. Research published July 7, 2015, in the Journal of the American Medical Association found the percentage of men with low-risk prostate cancer who chose watchful waiting or active surveillance jumped from about 10 percent in the period from 2005 to 2009 to about 40 percent from 2010 to 2013.

Men need to fully understand what active surveillance entails, says Jeri Kim, a medical oncologist at the University of Texas M. D. Anderson Cancer Center in Houston. It is not about waiting for symptoms to develop. It involves seeing your doctor regularly to see if your PSA level is increasing, which would suggest another biopsy is necessary. “We emphasize to patients that even if your cancer is initially low risk, that can change,” says Kim. “Research shows that up to one-third of patients receive therapy after a median of two-and-a-half years of surveillance.”

Be Active About Surveillance

No blanket recommendation exists for active surveillance of men whose prostate cancer has a low risk of progressing.

Guidelines developed by the American Society of Clinical Oncology recommend:

Men should speak with their doctors to determine the surveillance schedule that is right for them.

Chamie encourages men who choose surveillance to work with their doctor to map out a schedule for follow-up tests.

Mullen says the tremendous confidence he had in his doctor helped motivate him to make and keep his appointments. “Don’t walk away from monitoring your cancer,” he says.