A Clearer Picture of Prostate Cancer

MRI is proving to be a powerful tool in detecting and diagnosing the disease.

About a million prostate biopsies are performed each year in the United States, mostly on men with elevated levels of prostate-specific antigen (PSA) in their blood. The problem is that many men with a high PSA level don’t actually have cancer, which means many of these biopsies aren’t necessary. And in men who do have cancer, the biopsy may, in fact, miss the tumor.

Although researchers have been searching for alternatives to the PSA test—other blood- and urine-based biomarkers that can better determine whether a biopsy is really needed—none has emerged for the widespread screening of prostate cancer, the second-leading cause of cancer death in men in the U.S. However, new research shows magnetic resonance imaging (MRI) could greatly improve the detection and diagnosis of prostate cancer. 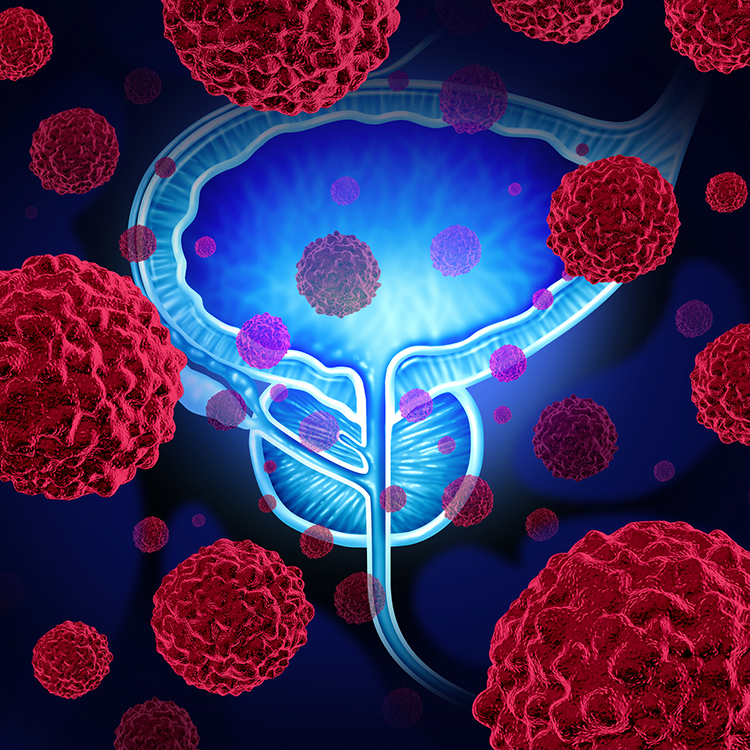 Sometimes prostate cancer cells form a discrete lump, but in many cases the cancer cells don’t stick together but infiltrate the entire gland, making it more difficult to image. What’s more, the prostate is a lumpy structure to begin with, says Geoffrey Sonn, a urologic oncologist at the Stanford University Medical Center in Palo Alto, California. Typically, a urologist uses ultrasound to locate the prostate gland and then inserts about 10 to 12 needles through the wall of the rectum into the prostate to perform the biopsy. But ultrasound allows the urologist to see only the prostate—not the tumor—so the biopsy is done blind.

However, recent advances in MRI are enabling urologists to pinpoint the precise location of tumors inside the gland, and a new technology makes it possible to use MRI with ultrasound to see the cancer. The technique, called MRI-ultrasound fusion-guided biopsy, overlays a patient’s MRI scans onto real-time ultrasound images to create a 3-D model of the patient’s prostate with any suspicious areas highlighted, allowing the urologist to target a specific area with just two or three needles.

In the Jan. 27, 2015, Journal of the American Medical Association, researchers reported that fusion technology biopsies identified 30 percent more high-risk (or aggressive) prostate tumors than standard biopsies in men with an elevated PSA level or an abnormal result from a digital rectal examination. The study included more than 1,000 men, making it the largest of its kind to validate the procedure.

With the targeted approach, the researchers identified 173 cases of high-risk cancer compared with 122 using standard biopsy. The method also found 17 percent fewer (213 versus 258) low-risk cancers. “That was interesting to see because that’s the direction we need to go in with prostate cancer,” says Mohummad Minhaj Siddiqui, a urologic surgeon at the University of Maryland School of Medicine in Baltimore, who led the study. Too often, patients are treated for small, harmless tumors that probably should never have been diagnosed in the first place, he says.

An MRI can cost from $500 to several thousand dollars. The high cost makes it unlikely MRI will replace PSA as a widespread screening tool, says Danny Vesprini, a radiation oncologist at Sunnybrook Health Sciences Centre’s Odette Cancer Centre in Toronto. However, using MRI on men with high PSA test results could reduce the number of unnecessary biopsies and lower the costs associated with the overdiagnosis and overtreatment of prostate cancer, he says.