Response to immunotherapy may be linked to gut microbiome.

SCIENTISTS ARE LEARNING THAT THE GUT MICROBIOME—the trillions of bacteria, viruses and fungi that populate the intestines—appears to affect more than just digestion. 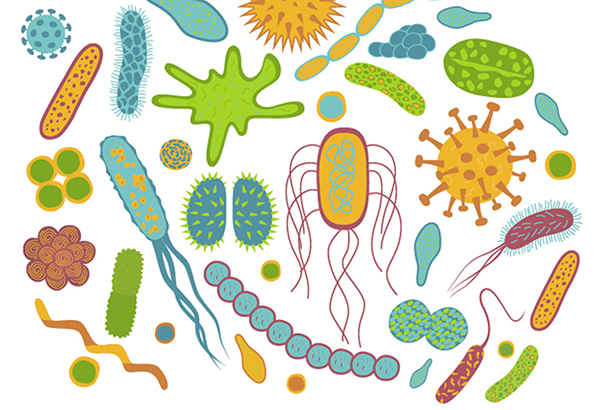 First, both laboratory and human studies suggested the composition of the gut microbiome might be linked to diseases such as type 2 diabetes, obesity and depression. These findings led to laboratory studies that investigated and identified relationships between the microbiome and cancer. Now, there is emerging evidence that the organisms in a patient’s gut might affect how their cancer responds to certain treatments.

A study published in October 2017 in Neoplasia and another published in November 2017 in Science looked at patients with metastatic melanoma being treated with a type of immunotherapy drug called a checkpoint inhibitor. In the same issue of Science, another study looked at kidney, urinary and non–small cell lung cancer patients who also were taking checkpoint inhibitors. All three studies found that the composition of the gut microbiome was associated with whether a patient’s tumor responded to these drugs.

Now researchers are conducting clinical trials that will explore whether changing patients’ gut bacteria affects their response to cancer treatment. Sheba Medical Center in Tel HaShomer, Israel, recently launched a phase I trial for patients with metastatic melanoma whose tumors had not responded to an immunotherapy drug. The study will track microbiome and immune system changes that occur in patients who receive a fecal transplant that includes bacteria from a metastatic melanoma patient who responded to an immunotherapy. The study will also look at whether these changes are associated with an improved response to treatment.

Jennifer Wargo, a surgical oncologist at the University of Texas M.D. Anderson Cancer Center in Houston, led the Science study on metastatic melanoma patients. She is working with the Parker Institute for Cancer Immunotherapy in San Francisco and Seres Therapeutics to launch a phase I clinical trial that will investigate whether regulating the microbiome of metastatic melanoma patients affects how their tumors respond to a checkpoint inhibitor.

A pair of Cambridge, Massachusetts-based biotechnology companies, Evelo Biosciences and Vedanta Biosciences, hope to roll out clinical trials later this year that, following up on findings from laboratory studies, will investigate whether giving cancer patients being treated with immunotherapy what they call a microbiome therapy improves treatment response.

If microbiome treatments prove to be safe and effective, there will still be challenges in bringing them to the clinic, says Andrew Koh, a pediatrician and microbiologist at the University of Texas Southwestern Medical Center in Dallas. “A real-time gut microbiota monitoring test will be needed to measure changes in gut microbiota composition and levels,” says Koh, who led the study in Neoplasia. “This will allow the clinicians to determine if other factors—like diet or antibiotics—are having an adverse effect on gut microbiota populations” in patients receiving a microbiome treatment.

Probiotic supplements for gut health are available over the counter at many drug stores. But that doesn’t mean cancer patients should start taking them on their own. “Patients should work with their clinical team and should not try this at home,” says Wargo. “We are still not sure of the optimal way to change the microbiome, and changing it—including by taking over-the-counter probiotics—may not be helpful and may even be harmful.”