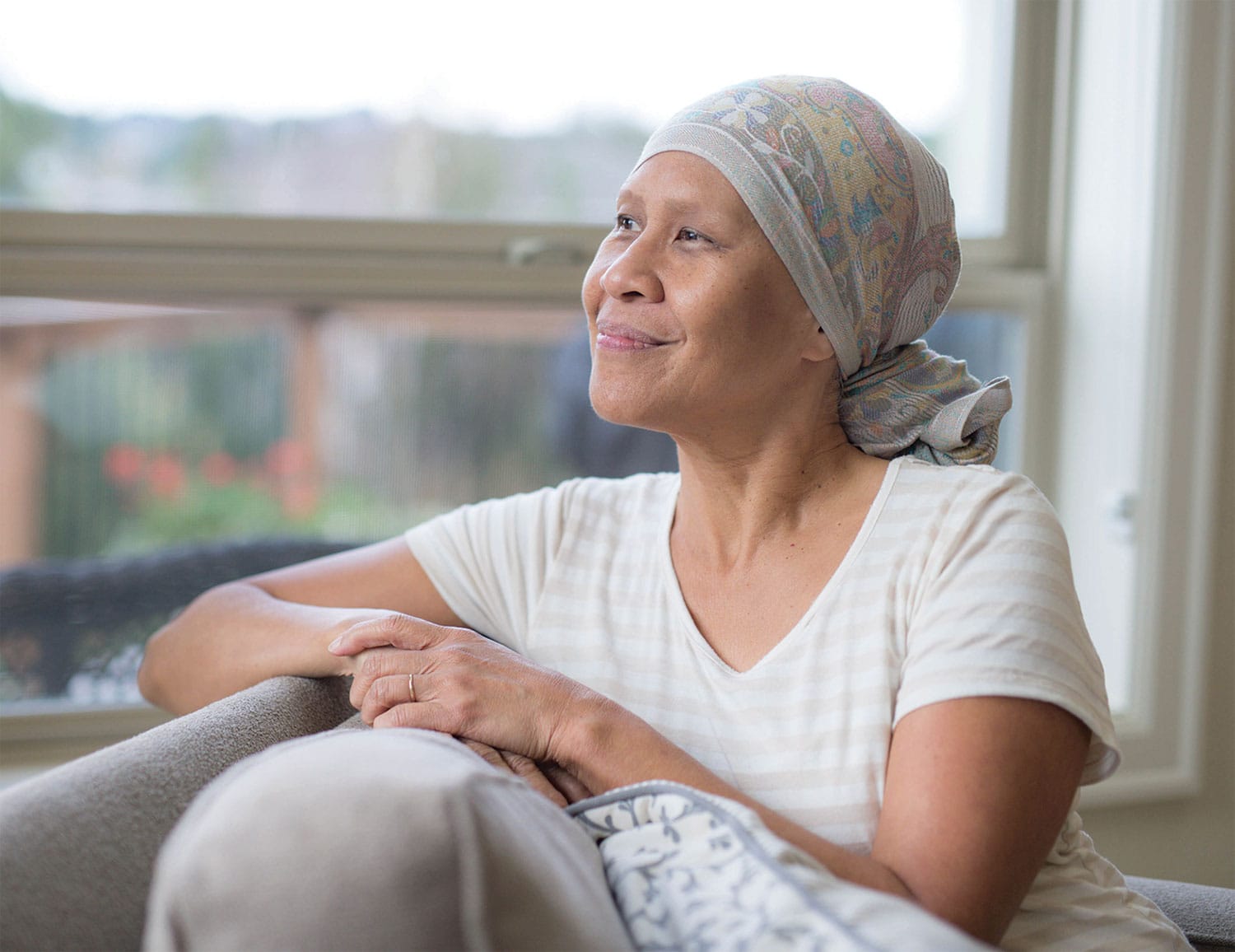 RADIATION HAS BEEN USED FOR DECADES to provide pain relief from bone metastases. Standard radiation for bone metastases delivers low doses of radiation in five or 10 sessions. A newer technique called stereotactic body radiotherapy (SBRT) provides a more intense dose of radiation to more precise areas in fewer sessions. Questions remain as to which approach is better for treating bone pain.

A phase II study published online April 25, 2019, in JAMA Oncology enrolled 160 adults with painful bone metastases primarily in areas other than the spine, such as the pelvis, arms, legs or ribs. The participants had different types of cancer, with lung cancer being the most common. They were randomly assigned to receive one session of high-dose SBRT or 10 sessions of standard radiation. The study found that SBRT was more likely to provide longer-lasting pain relief and to keep the metastases from growing. Side effects and impact on patient-reported quality of life were minimal and about the same in both groups.

Questions for Your Radiation Oncologist

Different types of radiation therapies can be used to treat bone metastases. These questions can help you determine the right option for you.

“Our results suggest that higher-dose, SBRT should be considered for patients with [a good quality of life] and expected survival of at least three months,” says Nguyen, a radiation oncologist at the University of Texas MD Anderson Cancer Center in Houston who led the study.

Previous studies in a comparable group of patients found that a lower dose of SBRT and standard radiation provided similar pain relief. But they also showed that more than twice as many patients treated with SBRT (up to 20%) needed to be re-treated. The new study used a higher single-fraction dose.

The risk of developing bone metastases varies by cancer type. Bone metastases are most often found in patients with prostate, lung, kidney and breast cancer. When cancer cells grow in bone, they interfere with normal processes for forming and breaking down bone, which causes pain.

Chirag Shah, a radiation oncologist at the Cleveland Clinic in Ohio who was not involved with the study, says patients need to be aware that “SBRT can substantially increase the cost of care. Patients need to understand their options and consider whether the additional costs are worth it.” In general, SBRT is 1.4 to 3.5 times the cost of traditional radiation, and it may not be covered by insurers.