Experts are divided on whether the increase is due to more cancer or more diagnoses.

Thyroid cancer is the fastest-growing cancer category in the U.S., with incidence rates nearly three times as high as they were in 1975. However, experts are divided about whether this statistic reflects a true rise in thyroid cancer incidence or is merely a consequence of increased detection resulting from better diagnostic tools. 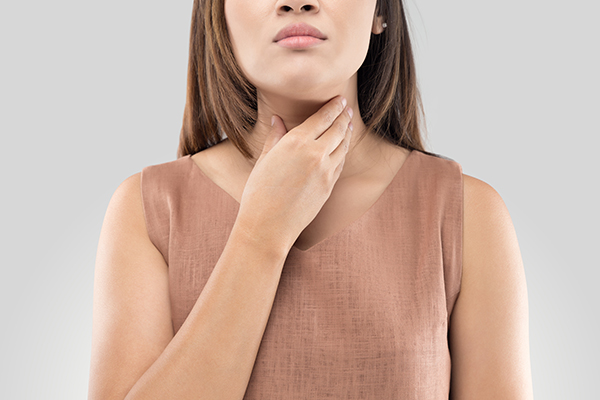 A study published in the June 2014 issue of Cancer Epidemiology, Biomarkers & Prevention gives credence to the belief that an actual increase has been occurring. The study looked at factors such as age, ethnicity and socioeconomic status for almost every Californian diagnosed with thyroid cancer from 1988 to 2009. It found that thyroid cancer had increased for all populations and all tumor sizes.

Christina Clarke, an epidemiologist and research scientist at the Cancer Prevention Institute of California in Fremont, who was involved with the study, says these findings suggest the increase represents more than increased detection. “If the increase was solely due to better detection, you’d expect to first see an increase only in small tumors and in groups that have better access to health care,” says Clarke. “We didn’t see that.”

Others aren’t so sure. James Fagin, an endocrinologist at Memorial Sloan Kettering Cancer Center in New York City, looks at the country’s thyroid cancer statistics and sees a clear case of overdiagnosis, meaning doctors are finding thyroid tumors that were never destined to cause problems. He notes that while epidemiological studies do hint that some environmental factors could be contributing to the rising rates of thyroid cancer, he believes the increase is driven largely by common but slow-growing papillary tumors smaller than 2 centimeters that are discovered accidentally on imaging tests done for other reasons.

“If we were seeing a greater incidence of true disease, the mortality rate would be expected to rise—at least to a certain extent that’s consistent with the tripling of incidence,” says Fagin. “But mortality is roughly the same.”

A study in the April 2014 issue of JAMA Otolaryngology—Head & Neck Surgery that evaluated cancer incidence and mortality in the U.S. between 1975 and 2009 supports Fagin’s assessment. The study found that in 1975, 4.9 out of every 100,000 people were diagnosed with thyroid cancer, a rate that nearly tripled to 14.3 per 100,000 by 2009. However, mortality remained stable over that time, at about 0.5 deaths for every 100,000 people diagnosed. This led the authors of the study to conclude that the increasing rates are due not to an “epidemic of disease but rather an epidemic of diagnosis.”

The ACS estimates that about 60,000 Americans were diagnosed with thyroid cancer in 2013. Some of those tumors probably never should have been diagnosed, says Fagin. “The knee-jerk decision to biopsy a very small nodule puts that patient on a track that will likely result in an operation and lifelong treatment with thyroid hormone,” he says.

The American Thyroid Association recommends a biopsy for nodules larger than 1 centimeter. Patients at Memorial Sloan Kettering with 1- to 1.5-centimeter tumors are given the option of surgery or a watch-and-wait strategy called active surveillance. Most patients choose active surveillance, Fagin says.

Autopsy studies show that about 6 percent of Americans have small, undetected papillary thyroid cancers at the time of their deaths. These findings are another indicator, Fagin says, that too many small tumors are being diagnosed and treated. “The right information to give the patient is that a small tumor is commonly found in 6 percent of the population, and it’s best to just keep an eye on it,” he says.