As cancer survivor numbers grow and longevity increases, researchers study how to ease symptoms and side effects. 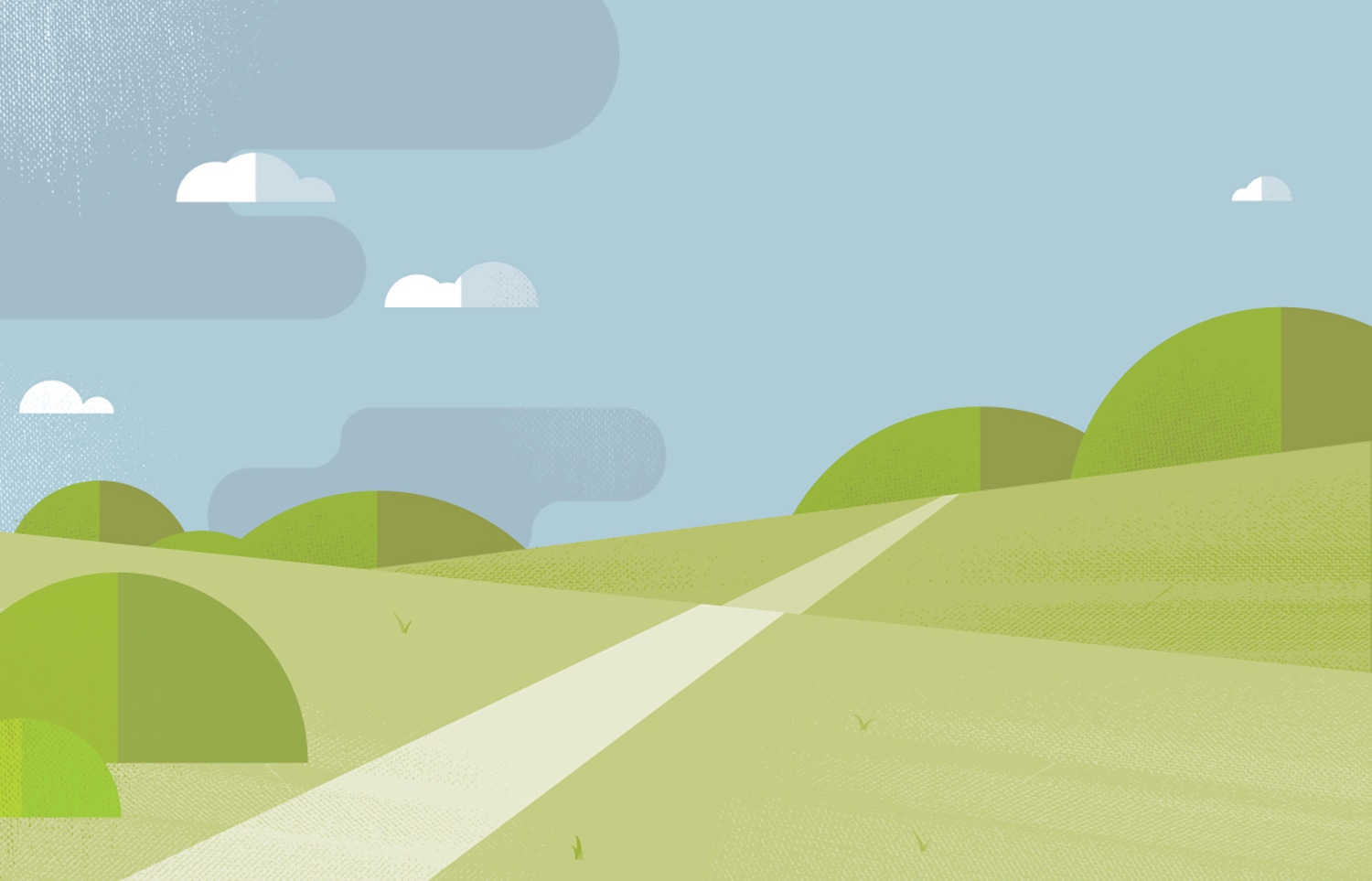 Increased funding for survivorship research within the National Cancer Institute aims to maximize not only how long but how well cancer patients survive.

YONCA BULUT ISN’T EASILY RATTLED.  The pediatric critical care physician is used to taking control of hectic situations. But after finishing treatment for early stage breast cancer in 2011, she started to unravel.

“I felt helpless about … the anxiety I felt worrying the cancer would come back. I hated that feeling,” Bulut says.

One of her doctors at UCLA’s Jonsson Comprehensive Cancer Center in Los Angeles told Bulut about a study investigating whether mindfulness meditation could help breast cancer survivors cope emotionally with their diagnoses. Bulut signed up immediately.

Over six weeks, the 49-year-old Los Angeles resident learned how to become more aware of her thoughts and feelings in a given moment—a mind-body connection that helped her develop a tough resilience to anxiety and stress. She relies on the practice most when she goes in for follow-up scans and tests to check for a recurrence. “The study helped me to regain control,” Bulut says. “So now, whether I have two months, two years or two decades, I can make every day count.”

That’s something an increasing number of people treated for cancer would like to achieve. The 13.7 million Americans who were cancer survivors in 2012 represent a significant increase from the 3 million survivors who were alive when President Richard M. Nixon declared war on cancer in 1971. By 2022, the number of survivors is expected to grow to 18 million. The reasons aren’t complicated: An aging population and increased screening mean more people are diagnosed, and better treatments can result in survival for years, even decades, after diagnosis.

This hasn’t gone unnoticed by cancer researchers, who are now expanding efforts to determine what the future holds for survivors. The proof is in the federal pudding: The National Cancer Institute (NCI), the U.S. government’s primary agency for cancer research, spent nearly $270 million in 2012 on survivorship research—more than double what the agency allocated a decade earlier. The goal of such research is to maximize not only how long but how well cancer patients survive.

Survivorship Research Comes Into Its Own

The current attention to survivorship is a far cry from what medical oncologist Patricia Ganz remembers from three decades ago, when she launched one of the first research studies of cancer survivors in 1983. In an early report, Ganz and her colleagues explored the changes in the body, mind and quality of life of 50 women who had been diagnosed with stage I or II breast cancer. At the time, it was a revolutionary idea. “In the old days, doctors were just so happy to have somebody survive. They didn’t worry about how [treatment] affected people afterward,” says Ganz, the director of the UCLA-Livestrong Survivorship Center of Excellence. She is also heading up the mindfulness meditation study that Bulut joined.

What were once only a few studies now number in the thousands: A September 2013 search of the National Institutes of Health website ClinicalTrials.gov​ found more than 7,000 cancer survivorship studies taking place nationwide. Two pivotal events helped bring about this change.

The first happened in 1986, when Ganz and 22 cancer patient advocates founded the National Coalition for Cancer Survivorship, the first advocacy organization for cancer survivors. A decade later, the coalition published a report that persuaded the NCI director to create the Office of Cancer Survivorship, with the mission of conducting and supporting research to improve the length and quality of survivors’ lives. The federal government’s seal of approval gave new legitimacy to studying the post-treatment experience, and grant money was available to support it. In 2010, there were five times the number of cancer survivor studies published in scientific journals than in 1996, the year the Office of Cancer Survivorship was created, according to a study in the October 2011 issue of Cancer Epidemiology, Biomarkers & Prevention.

Survivors interested in clinical trials need to be well‑informed.

Cancer clinical trials are best known for testing new treatments. But in recent years, survivorship has become an area of intense focus, with thousands of survivor studies currently taking place nationwide. For survivors interested in signing up, here’s what to know.

What cancer survivorship research encompasses. Survivorship research covers a comprehensive set of issues, including long-term and late physical effects of treatment; the disease’s social, economic and psychological impact; interventions to prevent or ease post-treatment effects; and genetic research to understand at a cellular level the causes of certain problems and who is most at risk.

Who can enroll. Check the eligibility criteria for a study. Some studies may be looking for survivors with a certain type of cancer or a specific treatment history. Others may be narrowed down to a particular age group or to survivors experiencing a certain long-term side effect.

How to find a survivorship study. Ask your doctor or conduct your own search. The National Institutes of Health offers a searchable database, as does the National Cancer Institute. Clinical trials matching services are also available through Breas​tCancerTrials.org and the American Cancer Society.

More information does not automatically translate into better care for survivors. “We need to disseminate these results in a way that is simple and easy to access,” says Mary McCabe, an oncology nurse and director of the Cancer Survivorship Initiative at Memorial Sloan-Kettering Cancer Center in New York City.

Survivor ranks will only continue to grow, says clinical psychologist Kevin Stein. He is the researcher leading the ACS’s Studies of Cancer Survivors, one of the largest investigations of long-term cancer survivors to date. Stein says he and his colleagues found that “the majority of cancer survivors are functioning quite well by about two years post-diagnosis.” But, he cautions, a significant number suffer from persistent long-term effects or develop new late effects caused by treatment. For some, that means unrelenting pain, fatigue or depression. Others grapple with heart problems, bone loss or nerve damage.

Just as at the NCI, survivorship research is getting a bigger piece of the funding pie at the ACS. As part of its extramural grants program, the nonprofit spent $7.7 million on the issue last year, a nearly 70 percent increase from a decade earlier. Brad Zebrack, a former oncology social worker and now an associate professor at the University of Michigan School of Social Work in Ann Arbor, received some of those research dollars. Zebrack, diagnosed with Hodgkin lymphoma at 25, began studying the social, psychological and quality-of-life outcomes for young survivors nearly a decade after his diagnosis.

“The research has moved beyond anecdote,” says Zebrack. “We’re beginning to see emerging programs respond to some of the survivorship issues the research has brought up.” He points toward evidence showing that childhood brain tumor survivors experience cognitive problems that make it difficult to find a job as an adult. Indeed, research has found that adult survivors of childhood brain and central nervous system tumors are nearly five times as likely to be unemployed as adults without a history of cancer.

Zebrack is now working with the nonprofit Children’s Brain Tumor Foundation to launch a career development program that helps young adult survivors create resumes and teaches them how to navigate a job interview. “Programs like this recognize survivor populations that particularly struggle,” Zebrack says.

Tom Ha participated in a pilot of the six-week career program in March. Diagnosed with medulloblastoma at age 8, he has struggled with balance problems, impaired speech and tremors resulting from surgery and radiation. “That limits what I can do in the job field,” says Ha, of Marlboro, N.J., who is now 33.

Ha hopes to find a job as an office assistant and says he feels better prepared to ace his next interview. “Programs like this can really help childhood brain tumor survivors to get into the job world,” he says.

Scientific data have provided cancer centers with a blueprint for the services survivors need. Survivorship programs like those at UCLA and Memorial Sloan-Kettering have responded by offering survivors monitoring for late effects, counseling to cope with life after treatment, and practical help with nutrition and exercise. That same research serves as the backbone for survivorship care plans, documents given to patients that summarize their cancer history and provide a detailed plan for ongoing care.

“If there are treatment options with different outcomes, you want to be able to tailor therapy to give an individual their ideal future,” says Julia Rowland, a psycho-oncologist who has headed the NCI’s Office of Cancer Survivorship in Bethesda, Md., since 1999. She adds that more research is needed to determine how to modify treatments to be more effective, while minimizing side effects.

To help accomplish that, scientists are peering into the DNA of survivors to see who is more likely to develop certain post-treatment effects. At UCLA, Ganz and fellow scientists recently linked the persistent fatigue that drains the energy of roughly one in four breast cancer survivors to their genes, specifically three genes that promote inflammation. The findings were published in the May 1 Journal of Clinical Oncology.

Being able to identify patients at increased risk for persistent fatigue would allow doctors to intervene at the onset of symptoms, before fatigue has a chance to destroy a person’s quality of life. Knowing the genetic factors involved could also lead to targeted drugs and behavioral methods to combat fatigue. “It’s like any other scientific problem,” Ganz says. “If you don’t understand the biology—the reason why something happens—it’s very hard to solve the problem.”

Findings from Ganz’s mindfulness meditation study are expected next year. But Bulut, who calls the recent uptick in survivorship research “the right thing to do,” knows it worked for her. “Researchers have found ways to optimize treatment, but the psychological and physical effects were falling behind,” she says. “Everybody wants to live first, but every day after treatment matters too.”

Melissa Weber of Austin, Texas, is a health journalist who specializes in writing about cancer.