Women, Men and Treatment Side Effects

Study shows women have a higher risk of side effects from immunotherapy, adding to evidence that men and women react differently to treatment. 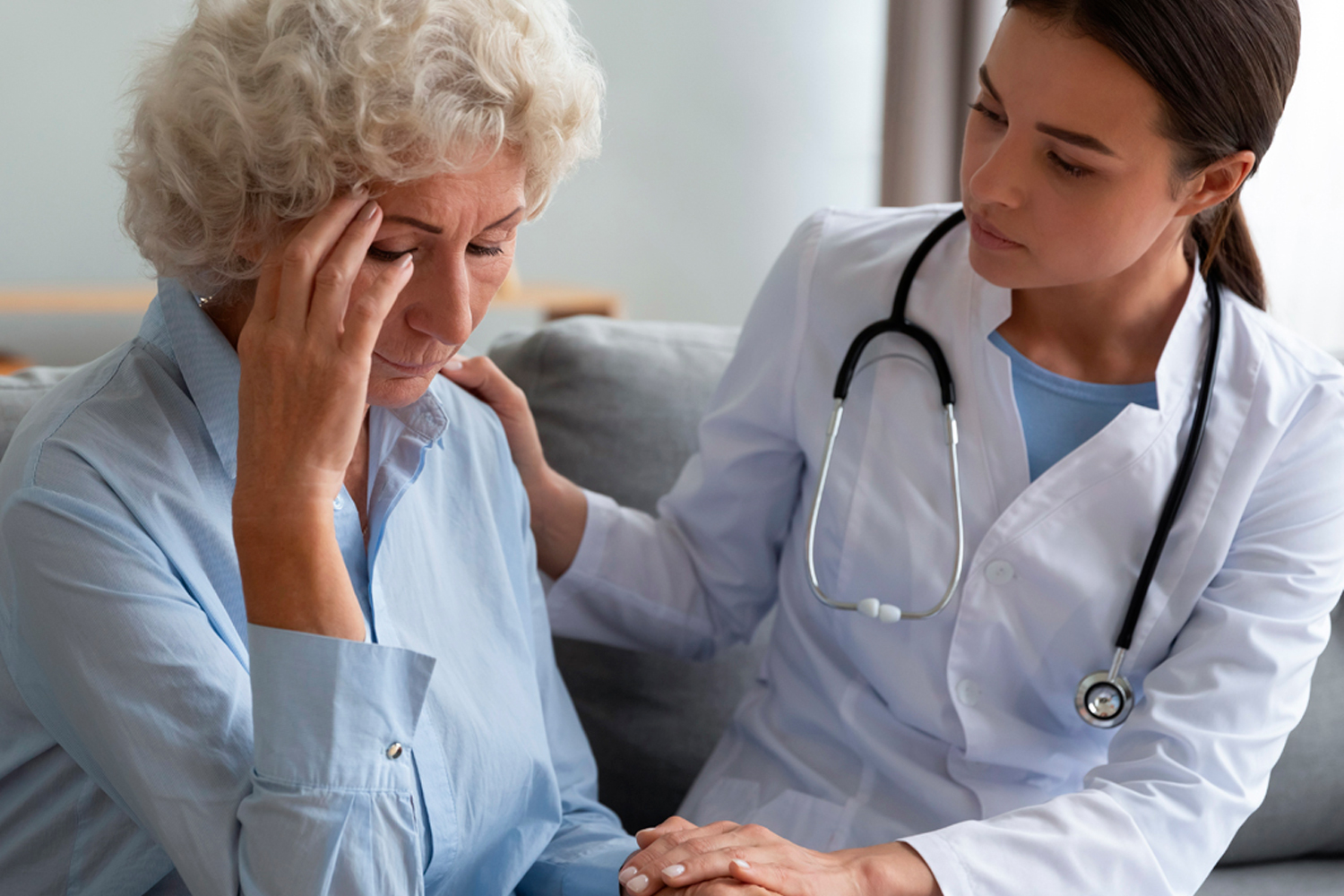 RESEARCHERS HAVE KNOWN for decades that women are more likely to experience side effects from some cancer treatments than men, but a study in the May 1, 2022, issue of the Journal of Clinical Oncology shows that newer therapies are not offering women easier alternatives.

The analysis of 202 phase II and III trials conducted between 1980 and 2019 found that women receiving different treatments, including chemotherapy, immunotherapy and targeted therapy, had a higher risk for adverse events than men receiving similar treatments. Women who received immunotherapy had more risk of developing symptomatic side effects compared with men taking the same treatment. Symptomatic adverse events, such as nausea and numbness, are side effects a patient can report, while objective adverse events, such as neutropenia, can be confirmed with lab tests.

“The difference happens to be higher for immunotherapy and targeted treatments, especially when you look at all toxicities,” says Dawn Hershman, who is an author of the study. Hershman is a breast oncologist and co-leader of the Cancer Population Science program at the Herbert Irving Comprehensive Cancer Center at Columbia University in New York City.

The analysis included 23,296 patients, 38% of whom were women and 62% men. Of those patients, 17,417 received chemotherapy, 2,319 got immunotherapy, and 3,560 had targeted therapy. Of the patients studied, 65% experienced one or more severe or life-threatening adverse events. (Researchers excluded ambiguous, rare and sex-specific side effects, as well as sex-specific cancers.) The study found that women had a 34% increased risk of severe adverse effects compared with men. Women treated with immunotherapy had a 66% increased risk for symptomatic effects.

The study reinforces previous research suggesting that broad-based sex differences exist in how people respond to treatment and extends that finding to immunotherapy. However, it notes that sex is rarely considered to be a factor in the evaluation of risk from cancer therapy.

In the 1980s, mainstream medicine experienced a “great awakening” to the importance of studying women distinct from men, including their physiological responses to drugs. Yet one study presented at the American Society of Clinical Oncology Annual Meeting 2022 in June showed that while the percentage of women recruited into clinical trials of cancer drugs increased from 1998 to 2018, their representation in trials hasn’t kept up with the increase in disease prevalence among women. As a result, the researchers contend, “the gap in underrepresentation of women in anticancer therapy clinical trials is widening.”

Dosing is almost certainly an important variable in side effects. According to the Journal of Clinical Oncology study, one possible cause for the differences in side effects between men and women may result from women receiving a dose containing relatively larger doses of drugs due to differences in the average body type for each sex, though this study tried to control for those differences.

Dosing recommendations in cancer care are typically established in phase I and II trials, in which men are overrepresented. While the National Institutes of Health has called for the inclusion of women and the consideration of sex as a research variable for three decades, women are more likely to be included in phase III and confirmatory trials than in the earlier trial phases where dosing protocols are established.

“Maybe we need to think about finding minimally effective doses as opposed to the maximum tolerated dose,” Hershman says.

Other possibilities for the difference in risk of side effects include varying sex-related patterns of adherence, differences between how men and women perceive symptoms, and researchers’ biases in reporting or interpreting men’s and women’s symptoms. However, according to this study in the Journal of Clinical Oncology, “objectively assessed hematologic [adverse events] were also more commonly experienced in women,” Hershman says. “It’s not just a reporting bias.”

Other studies have shown adverse events during therapy may be positively associated with improved outcomes. A 2019 study in the Oncologist noted a possible association between immune-related adverse events and a more robust response to therapy. In the study of 245 patients with metastatic melanoma and 231 with non-small cell lung cancer treated with PD‐1 inhibitors, a type of immunotherapy, women were more likely to experience immune-related side effects than men. However, women who experienced these side effects had better progression-free survival—10 months compared with 3.3 months—than women who did not.

“We know there can be sex differences in the way the body processes or metabolizes drugs,” says Reshma Jagsi, a radiation oncologist and director of the Center for Bioethics and Social Sciences at the University of Michigan Medicine in Ann Arbor, who was not involved in the study.

Clinical trials need to include adequate numbers of women, data on sex as a biological variable, and analyses to evaluate both efficacy and toxicity in light of sexual differences, Jagsi says. “We still have a very long way to go to ensure that treatments for women adequately optimize their outcomes,” Jagsi says. “Biomedical research should not benefit one group while disadvantaging another.”