When Cancer Becomes an Unwanted Priority

Amanda Rose Ferraro’s leukemia diagnosis forced her to spend time at the hospital away from her 3-year-old-son. She calls focusing on her health and leaving her son “the hardest thing I have ever had to do.” 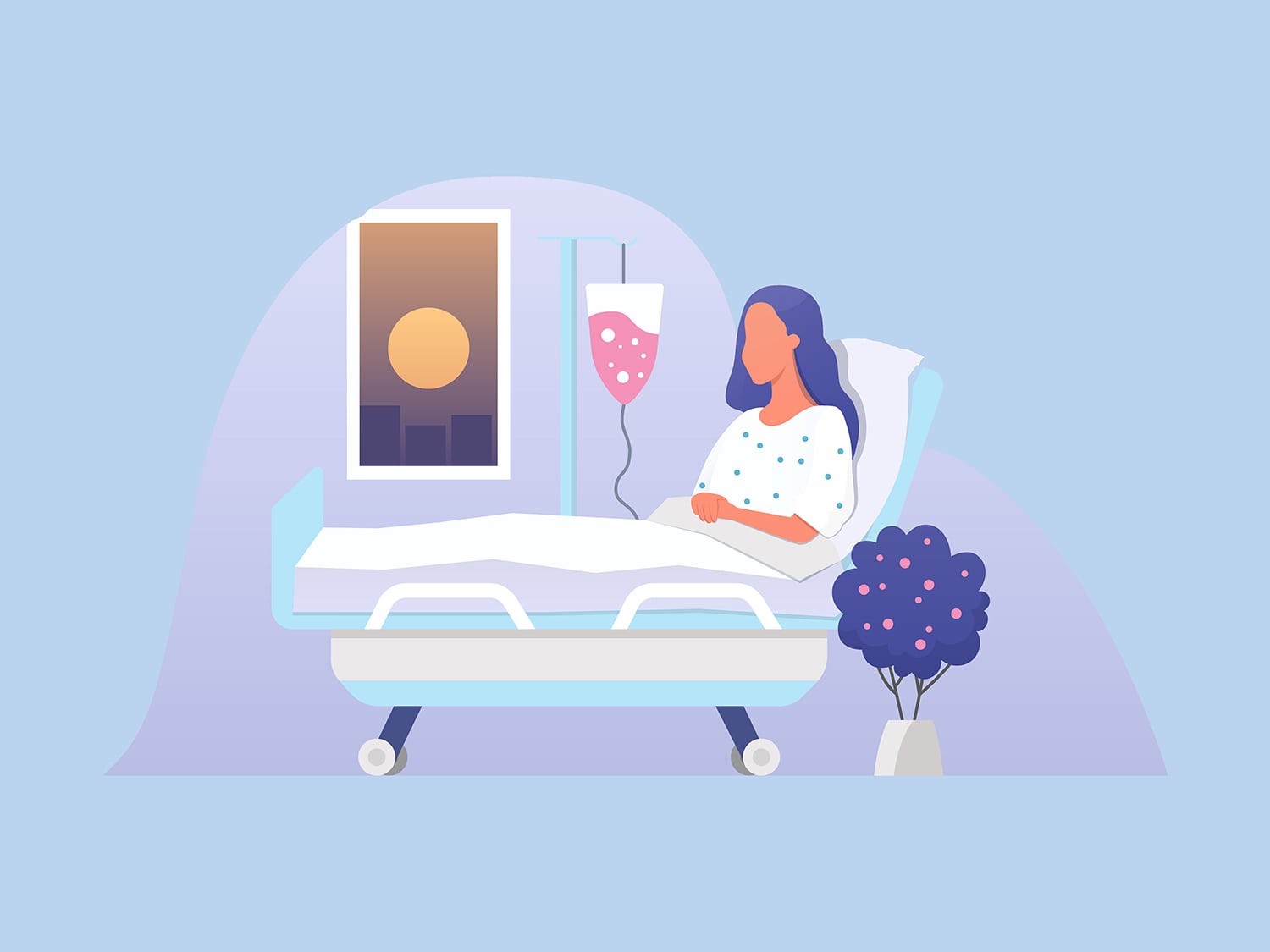 BEING DIAGNOSED WITH CANCER is one of the most heart-wrenching things a parent can go through. The care of your child is your No. 1 priority as a parent, but what happens when cancer steps in and takes over your priority list?

According to a 2010 study, over half a million minor children in the U.S. were living with a parent who had been diagnosed with cancer in the prior two years.

I was diagnosed with acute myeloid leukemia in May 2017, when my son was 3 years old. I went to the emergency room one night and ended up staying in the hospital for 33 days. I had to go through the aggressive treatments the doctors suggested to save my life, but all I was thinking about was my child. Was he going to feel abandoned? Would he hate me? Would he forget about me?

My initial treatment was called induction chemotherapy, which is given at a high dose to kill the cancer cells. I was able to see my son occasionally during my initial hospital stay. Next, I had a treatment course of four consolidation therapies—treatment given to kill any remaining cancer cells. Each required a week-long stay in the hospital, and my son was not allowed to visit me during these treatments due to risk of infection. After each treatment, I would go back and forth to the hospital every other day for bloodwork and an infusion, if necessary.

My child’s father stepped into the primary caregiver role for our son in the blink of an eye. My parents, my boyfriend and my boyfriend’s family were also there to support my son. I was grateful and relieved that he was being well cared for, but I was going out of my mind with fear for him. Giving up control is hard, but not living up to what I thought a mother should be was harder. I had to put myself first, and it absolutely was the hardest thing I have ever had to do.

As time passed, it became clear that the cancer was not just affecting me; it was affecting my son. While in the hospital, I would receive phone calls from a sobbing toddler begging me to come home and apologizing as if it was his fault I had left. He would have nightmares of my bald head. He was afraid of all the “wires” coming out of my body.

My son was diagnosed with separation anxiety because I had left for the hospital so abruptly, which devastated me. Every time I would leave for a doctor’s appointment, my son would ask if I would come home. Gaining his trust again was trial and error, but we worked at it. When we found out I was “cancer-free” nine months after my initial diagnosis, it was the best news. I was able to be with my son all the time. We had a great summer, and it felt like everything was getting back on track.

Then, just a week after my son started pre-K, I got the news that my cancer was back. I was distraught. I had to be hospitalized again for a different type of induction chemotherapy, and I wasn’t ready for that. We cried for what seemed like hours. My son asked if I could stay home and not go. He asked if I loved him.

I got through my induction chemotherapy and was told by the doctors that I was going to need a stem cell transplant. I didn’t want to get it. I wanted my life back. I took a few weeks to discuss my options, and in the end, we decided that the transplant was a must. I was able to go home for three weeks before the procedure. Then, on Thanksgiving Day 2018, I was hospitalized and started chemotherapy to prepare for my transplant. At this point, my son wanted nothing to do with me. He felt like I was never going to come home, and he actually called the hospital my house. I can’t even explain how bad I was feeling, except that my heart felt like it was ripping out of my chest.

During the transplant process, my son was not allowed to see me in the hospital because the staff didn’t want to expose the transplant patients to his germs. I was so sick sometimes that when my son did call, I didn’t have the energy to answer the phone. My son asked me one day if I was dying, and I just broke down. I honestly didn’t know the answer, but if it was up to me, I was going to fight for him. ​ 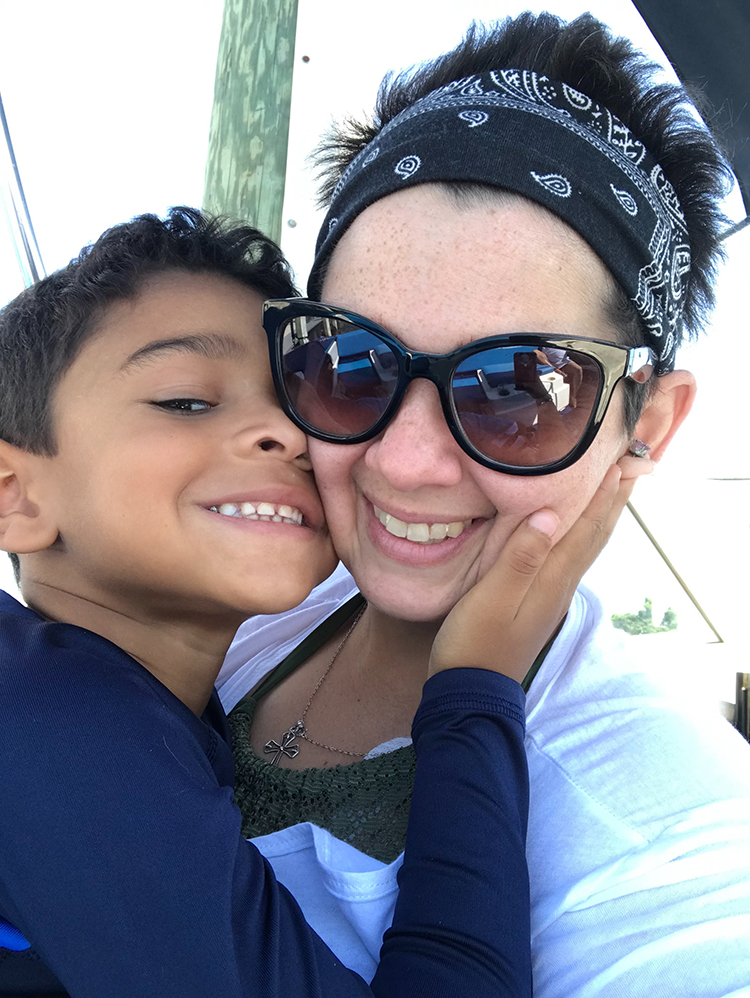 I pushed through and was able to go home 25 days after receiving my transplant with a brand-new immune system. My son gave me the biggest hug when I saw him again. Today, my stem cells are 1 year old, and my son is 6. I still go to the doctor once a week, take a lot of medicine and need a bone marrow biopsy every few months. Although my son still struggles with separation anxiety, we have come a very long way. Talking has helped. During my treatment, he would tell me how he was feeling, and I would do the same. We made a journal of feelings. My son would draw how he was feeling on the front of the paper, and I would draw how I was feeling on the back.

I also found it important to be honest with my son about having cancer. A hospital social worker gave me ideas for books about illness and cancer that were appropriate for his age. She gave me topics to talk about with my son and ways to make him feel at ease about my “wires” and bald head.

The hospital social worker also helped me find a wonderful play therapist who specialized in cancer so that my son was able to talk to someone outside of his family about what was going on in his life. It was this therapist who diagnosed my son with separation anxiety, and he continues to go to therapy.

I never thought I would have cancer, and when I was diagnosed, I didn’t think I would live through it. My strength came from my son. I learned from him that not having all the answers is OK. I learned that it’s OK to cry. I learned that we were both going through my cancer together. I also learned that even though my son is young, he is brave.

Amanda Rose Ferraro was diagnosed with acute myeloid leukemia in 2017. She writes about her experiences with cancer on her website​.