The Ins and Outs of Tumor Testing

In a session at the AACR Annual Meeting, oncologists discussed the state of cancer precision medicine—and engaged with patient advocates. 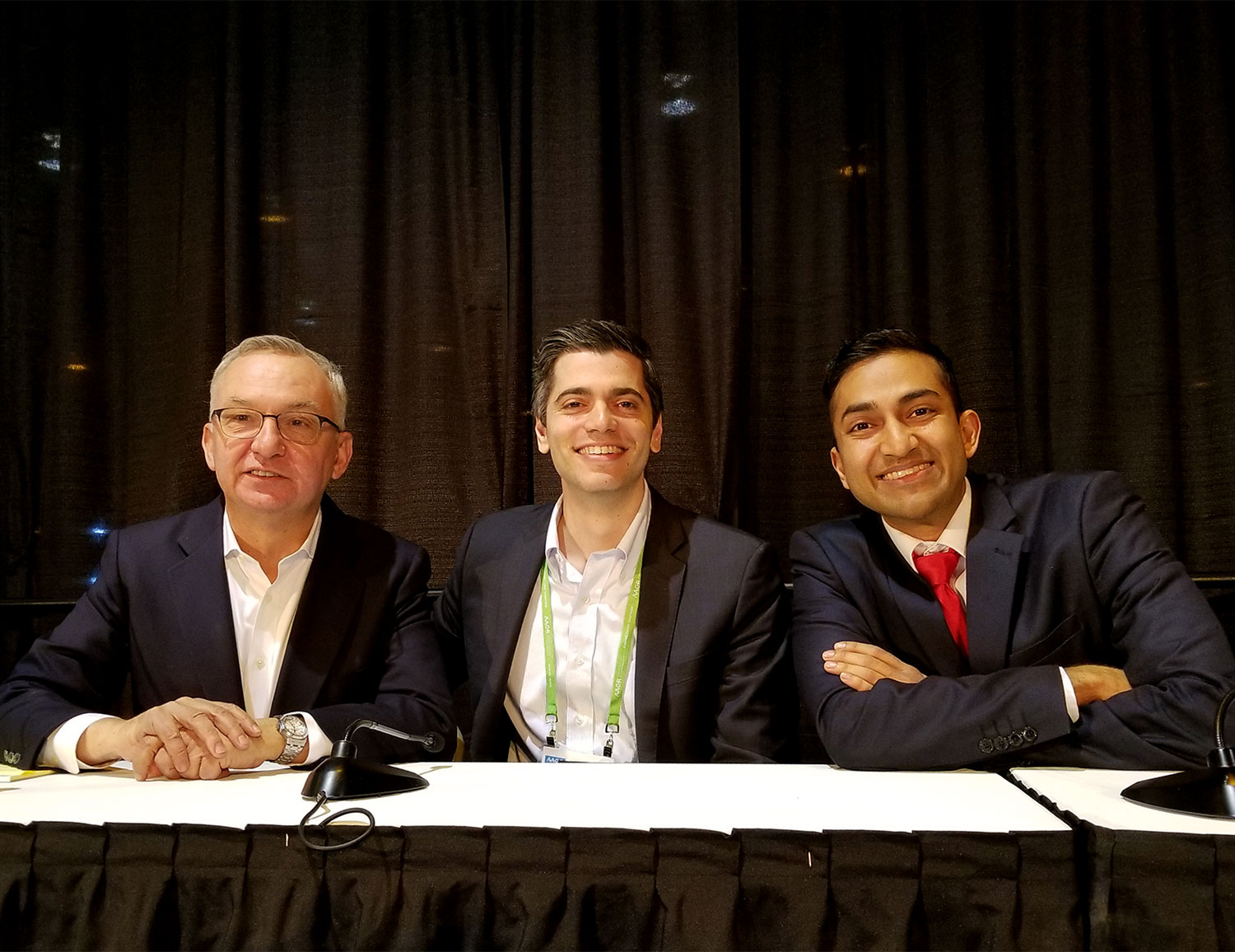 SOME TUMOR DNA MUTATIONS can predict response to treatment, and that isn’t up for debate. But on April 17 at the American Association for Cancer Research Annual Meeting 2018 in Chicago, physicians engaged in a debate-style exchange about precision cancer medicine.

The physicians agreed on some facts: The U.S. Food and Drug Administration (FDA) has approved some precision therapies for patients with specific tumor mutations in specific types of cancer. Genomic testing of patients’ tumors can help identify whether they will benefit from these drugs.

In addition, the FDA in 2017 expanded approval of the immunotherapy drug Keytruda (pembrolizumab) to include patients with any solid tumor with certain molecular characteristics, provided they have run out of other treatment options.

Hyman, who tweeted his presentation following the session, highlighted the patients whom precision cancer medicine helps. Memorial Sloan Kettering has developed a targeted tumor-sequencing test called MSK-IMPACT that is used as part of a research study to test patients with advanced cancer being treated at the cancer center. Hyman presented data showing that of nearly 23,000 advanced cancer patient samples sequenced, approximately 15 percent had alterations that would point patients to a drug approved by the FDA or considered to be guideline-recommended standard care for treatment of their cancer type and mutation. Around 10 percent more had alterations that have been shown to direct treatment in a way supported by evidence from clinical trials.

Hyman expressed concern that if the medical community does not use tumor testing broadly, patients with alterations that indicate they are eligible for evidence-supported treatments will miss out on the therapies. He used the example of the approval of Keytruda across tumor types. Doctors could decide to test only the tumors of patients with the cancers—colorectal and endometrial—that most commonly have the tumor characteristics linked to response to the drug. But then they’d catch only 60 percent of the patients eligible for the drug, he said. “You’d miss almost half of patients that could benefit from this approach.”

Prasad, whose tweeted presentation is also available, said that hype about precision cancer medicine is rampant, pointing to statements being made in the media and advertising indicating that all patients will be matched to a therapy suiting them through precision medicine. He said that most people do not know that the proportion of cancer patients who benefit from precision cancer medicine is small. He then pointed to a JAMA Oncology paper he co-authored that was published the day of the session. The paper estimates that under 5 percent of metastatic cancer patients in the U.S. are both eligible for and will respond to a therapy that has been FDA-approved to target an alteration in their cancer. When including therapies that don’t directly target the alteration that guides their use—defined in the paper as genome-informed therapies—Prasad and his co-authors estimate that just under 7 percent of metastatic patients will both be eligible for and benefit from a therapy.

Prasad commended Baselga and Hyman for their use of MSK-IMPACT at Memorial Sloan Kettering, saying that the way to use broad tumor tests is in the context of a research study so that outcomes can be recorded and the community can learn what works and what doesn’t. But he added that physicians across the U.S. are using commercially available tests of hundreds of genes on their patients. Based on the results of these tests, they are making off-label prescriptions—giving FDA-approved drugs for uses other than those indicated in the drug label—without any evidence showing that they will be effective. And they are not recording outcomes in a way that is accessible to the cancer research community.

After the presentations and rebuttals, Baselga opened the floor to questions and comments from the audience, some of whom were patients and survivors. Elaine Schattner, a journalist, physician and breast cancer survivor, addressed Prasad, suggesting there could be danger in downplaying the benefits of precision medicine so much as to dismiss them when speaking to the public, given that its advantages can be consequential for a percentage of people.

Janet Freeman-Daily, a patient advocate diagnosed with stage IV non–small cell lung cancer (NSCLC) in 2011, spoke of an international group of patients she is part of who have alterations in the gene ROS1. A targeted therapy, Xalkori (crizotinib), has been approved by the FDA to treat metastatic NSCLC patients with ROS1 alterations, but she said that some members of the group with the mutation have other cancer types. She asked Prasad if he was saying that patients with other types of cancer known to have ROS1 alterations shouldn’t be tested to find out if they have ROS1 alterations and could benefit from treatment.

Prasad replied that exploration of whether targeted therapy helps ROS1-positive patients with cancer types other than lung cancer should be done in the context of research studies, because it’s unknown whether ROS1 alterations will predict benefit to therapy in every tumor type.

Freeman-Daily pointed out that while some patients could join trials, “not everyone can travel to a clinical trial site.” The rarity of the ROS1 mutation has made studying it in lung cancer a challenge, she said, and finding enough people for trials in other cancer types is likely to be even more difficult.

Baselga, the moderator, said that the question of whether patients with other cancer types who are ROS1-positive benefit from targeted therapy is worth asking, even if it requires taking special measures due to the low incidence of the mutation. He said he wanted to talk to Freeman-Daily outside of the session. “This is something we cannot go to our graves without having answered,” Baselga said.​

Update: You can now see the webcast of the session with slides and audio​ h​ere.