Some Pancreatic Cancers Are Hereditary

A trio of recent studies indicates that pancreatic cancer is, in some cases, linked to mutations passed down from generation to generation. 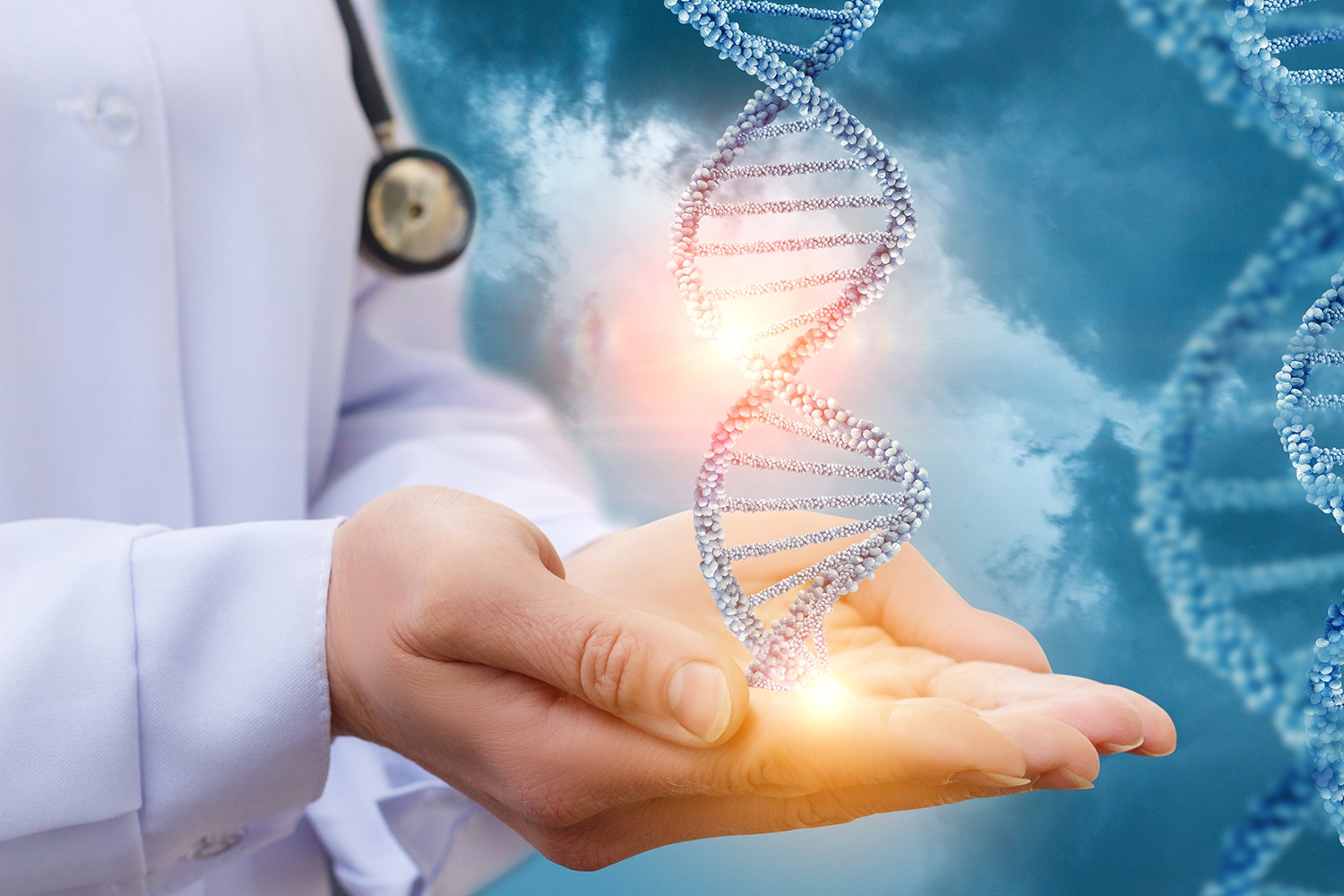 IN JANUARY 2010, Karen Huffman’s mother died from pancreatic cancer. Huffman also knew that a great uncle of hers had died from the disease years earlier.

At first, she thought it was “a f​luky thing.” But 18 months later, in May 2012, her father also died from pancreatic cancer.

Fifty-nine-year-old Huffman, who lives in Liberty, Pennsylvania, started talking about this strange coincidence with almost everyone, including her three siblings and her physicians. “They all said it was nothing to worry about,” she recalls. But she was still concerned about her and her family’s risk.

In 2013, Huffman contacted the oncologist who took care of her mother. He referred Huffman to researchers studying pancreatic cancer risk at Johns Hopkins University in Baltimore, where she enrolled in the National Familial Pancreas Tumor Registry (NFPTR). The registry is open to pancreatic cancer patients and their families across the U.S. The researchers compile and analyze data from participants based on annual questionnaires and optional blood, saliva and/or tissue samples to learn more about pancreatic cancer risk​ and treatment.

“Over the past year there’s been a rapid-fire succession of papers looking at the heritability of pancreatic cancer,” says Matthew B. Yurgelun, a gastrointestinal medical oncologist at the Dana-Farber Cancer Institute and assistant professor of medicine at Harvard Medical School in Boston. “Most pancreatic cancers don’t seem to be inherited, but a much larger fraction of pancreatic cancer than we previously thought arise from inherited mutations.”

Yurgelun led one study, published July 2 in Genetics in Medicine, estimating that almost 10 percent of people diagnosed with pancreatic cancer have a hereditary mutation, which means that the DNA alteration was passed down from a parent. For the analysis, Yurgelun and his colleagues sequenced DNA from 289 patients to look for mutations in 24 cancer susceptibility genes, such as BRCA1 and BRCA2, linked to inherited cancer risk. Of the 28 patients with inherited mutations, six had a family history of pancreatic cancer.

Scientists from the Mayo Clinic in Rochester, Minnesota, worked on a second study which looked at heritable mutations in 3,030 patients with pancreatic cancer and 123,136 members of the general population. Their research, published June 19 in JAMA, identified six genes that were associated with pancreatic cancer, finding mutations in these genes in 5.5 percent of patients with this cancer type.

And in October 2017, researchers, using information from the NFPTR, reported findings in the Journal of Clinical Oncology.  Among 854 patients evaluated and treated for pancreatic cancer at Hopkins between 2000 and 2015, 33—or 3.9 percent—had a heritable mutation. Among these 33 patients, 31 had mutations in genes already known to be linked to pancreatic cancer.

A patient’s genetics may also guide treatment choices, says Klein. For example, research shows that patients with certain hereditary mutations respond better to platinum-containing chemotherapies, or targeted drugs called PARP inhibitors that block enzymes in the cancer cells that keep them from repairing their damaged DNA, she says. Klein, an author of the Journal of Clinical Oncology study, notes that it may be worth considering providing genetic testing for all patients with pancreatic cancer and those with a family history of the disease, especially since the cost of genetic testing has come down.

Even though genetic testing may provide an opportunity for people who have a family history of pancreatic cancer to learn if they are at risk of the disease, Yurgelun notes, more guidance is needed. “We’ll need help as far as developing national guidelines and more research data to help answer the question of which individuals with a family history of pancreatic cancer should undergo testing,” says Yurgelun. Once patients at risk for the disease are identified, he adds, they can undergo screening for pancreatic cancer using endoscopic ultrasound or specialized MRI of the pancreas. “The unanswered question is how much we will be able to improve their survival,” with this approach, he says.

Huffman says her sister, who died in February 2018 and was able to donate her blood and tissue samples to the Hopkins registry, was “the healthiest of all of us. For her to get pancreatic cancer was a shock. I hope there will be some kind of test out there soon to help us.” ​​​