Patients now have full access to their online medical records. What are the benefits and downsides? 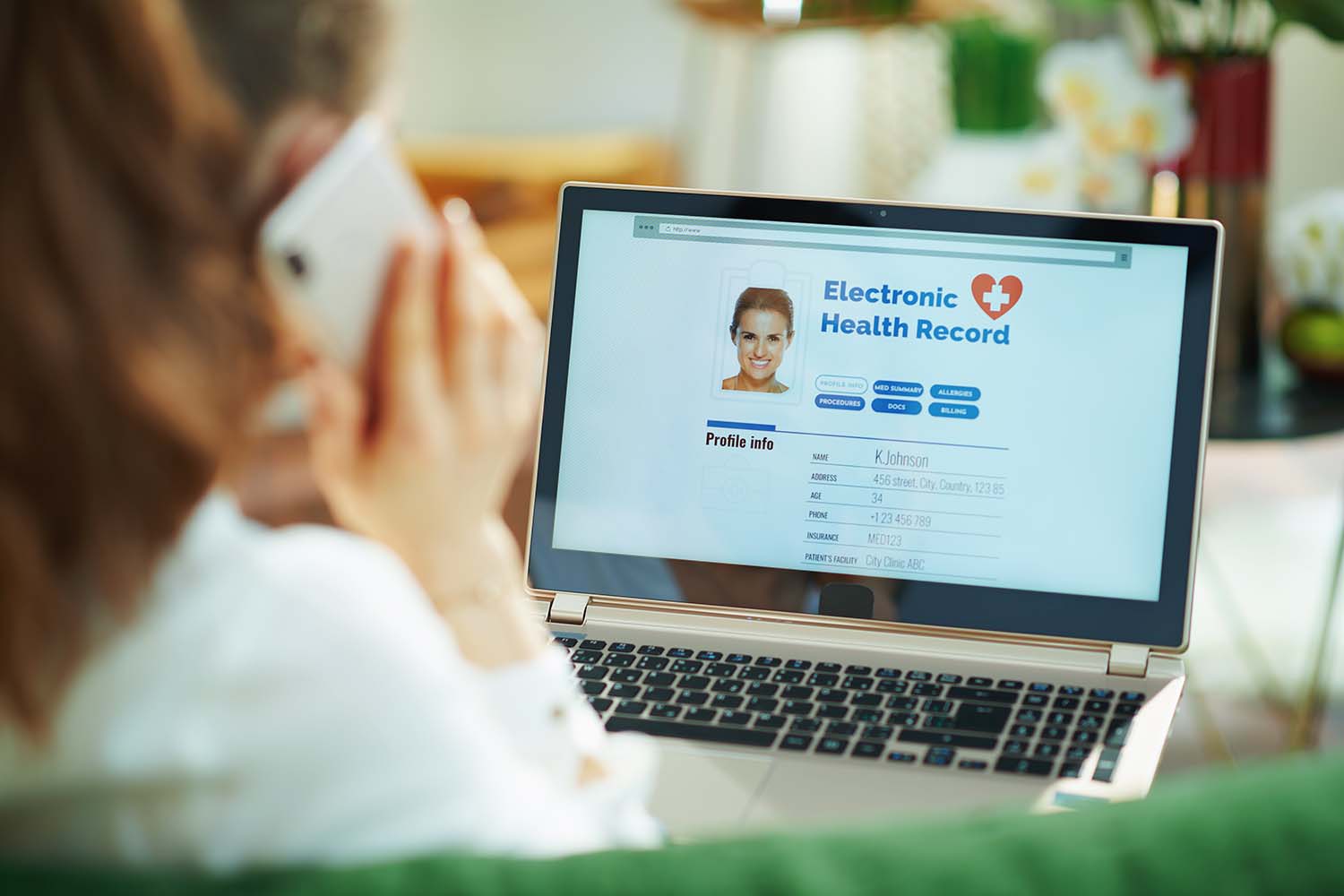 WHEN THE 21st CENTURY CURES ACT became law on Dec. 13, 2016, it required health care systems to give patients full access to their electronic medical records by April 5, 2021. Before then, medical records had been created for health care providers to document appointments and communicate updates to other clinicians. Online health care portals were available for patients to request appointments or view lab results, but patients couldn’t access doctors’ complete notes, which included appointment summaries, as well as diagnosis and prognosis information. If patients wanted to read these notes, they usually had to undergo a long and sometimes expensive request process.

That all changed effective April 5. With few exceptions, such as psychotherapy notes, patients now have immediate access to their complete medical records. When test results come in, those results appear online immediately without patients having to wait for a clinician to share them.

It’s a significant change. Despite the benefits of patients being able to see their own health records, the 21st Century Cures Act has prompted questions about whether this access could cause distress for patients with serious illnesses, such as cancer.

When Liz Salmi of Sacramento, Calif., was diagnosed with brain cancer in 2008 at the age of 29, she became a regular user of her online patient portal. There, she emailed her doctor, ordered refills and made appointments. About eight years later, she switched health insurance plans and needed to find all new doctors, which meant requesting her complete health record for her new providers. Only then did she realize how much of her record wasn’t accessible in the portal.

“The whole record—which is what people now have access to—had stuff I had seen before, like blood test results or emails with my doctors. But then I had access to things like the doctor’s visit notes and the radiology reports and pathology reports,” Salmi says. “What I truly found meaningful, even years later, were the progress notes. The progress notes showed me that my doctors were truly listening to me and paying attention to the very words that I was saying. And when I brought my husband to the visit, they even quoted things he was saying.”

Salmi began to advocate for other cancer patients to gain access to their electronic medical records. She now works as the senior strategist of research dissemination for O​penNotes, an organization that promotes transparency between patients and clinicians.

When Thomas LeBlanc, a medical oncologist and patient experience researcher at Duke University School of Medicine in Durham, North Carolina, studied how having full access to notes affected patients in 2018, he heard similar positive feedback from patients. (Duke granted patients full access to medical records several years before the Cures Act deadline.) LeBlanc, whose research focuses on improving the experiences of cancer patients, was part of a team that interviewed 20 adults who were in treatment for advanced cancer to learn about their experiences with open medical records. Most patients reported that this access gave them a better understanding of their disease and care, and they felt less anxiety and greater trust in their clinicians.

During interviews for the study, LeBlanc says some patients told him they prefer to learn test results in the privacy of their homes, where they have time to digest the news and do their own research before discussing the results with their doctors. Some patients told him it’s hard to retain all of the information shared during appointments, so it helps them to review notes from the last appointment before going to the next one. In such cases, LeBlanc says, the notes can create more effective and efficient doctors’ appointments.

“Patients pretty clearly described taking more control over their own health. They read all of the notes about themselves and their illness, and they looked up the terms and tried to better understand what was going on, and they followed health care teams’ directions as a result,” LeBlanc says. “It seemed like it was more empowering to many people, to help them better process all of the complex and large-volume information that is part of these visits [that happen after] a cancer diagnosis.”​

The Challenges: Too Much Information, Too Little Context

LeBlanc has concerns, however, about situations in which open access to health records could cause distress to cancer patients. There have been instances of patients being notified that their test results were available to review, even before their oncologist had access to those same results. For example, what happens if the report from a routine CT surveillance scan gets released by a radiologist, perhaps late in the evening after most people have left the clinic, and the patient’s oncologist is not available to discuss those results with the patient?

“As soon as that report is signed [by the radiologist], it’s released immediately to the patient. So let’s say it’s 6:30 or 7 in the evening, and the report says, ‘multifocal lung lesions suspicious for recurrent or metastatic cancer.’” LeBlanc says. “This person gets this while sitting at home by themselves, and they don’t have access to a person who can answer their questions or who can help them deal with the very obvious emotional implications, someone who can talk them through the uncertainties: Is this definitive? Is it not? Is more testing required?”

About one-quarter of participants in LeBlanc’s study reported greater anxiety due to access to their full medical records. Sometimes this was due to a compulsion to read the notes; sometimes it was because reading the notes made them sad. One participant said, “MyChart has been great until I went through the cancer part. And since then, it’s become nerve-racking.” A few respondents wished they could have their access restricted.

Mitigating the Harm, Maximizing the Benefits of Open Notes

Salmi believes that changing some aspects of how open notes are accessed—whether through process improvements or technological developments—could minimize the harm while continuing to grant its benefits. One option is to allow patients to take greater control of their information, for example, by updating electronic medical records software with opt-in and preferences.

“The challenge is that we have a blanket rule where everybody gets all the information immediately, and we haven’t figured out how to  use technology or some other methods to figure out what you as an individual want and prefer,” he says.

LeBlanc argues that due to greater patient access to records, clinicians should be clear in their documentation and avoid using jargon that patients may not understand. The notes should become a tool to increase patient understanding. He also urges patients to think proactively about how they wish to receive information, knowing that they can control what works best for them.

“For example, if you know that you are a person who is going to really worry and lose sleep over something that you might read before your next doctor’s appointment, then ask that it not be released to you. Maybe decide that you’re not going to look at it until you are there with the clinician in the office, or designate a loved one to look at that for you,” LeBlanc says. “Think about it proactively and have a plan.”

“There’s going to be a need for digital health literacy, and hospitals could take a role in that,” Salmi says. “Just like they have free mindfulness classes at the local hospital or community center, offering free digital health literacy is going to be a need for all people, whether they have a cancer diagnosis or not. That’s another aspect of our health we need to think about.”​​

Jen Tota McGivney is a writer in Charlotte, North Carolina