October 5: The Week in Cancer News

Cancer immunology researchers are awarded a Nobel Prize, and a seventh immune checkpoint inhibitor is approved by the U.S. Food and Drug Administration. 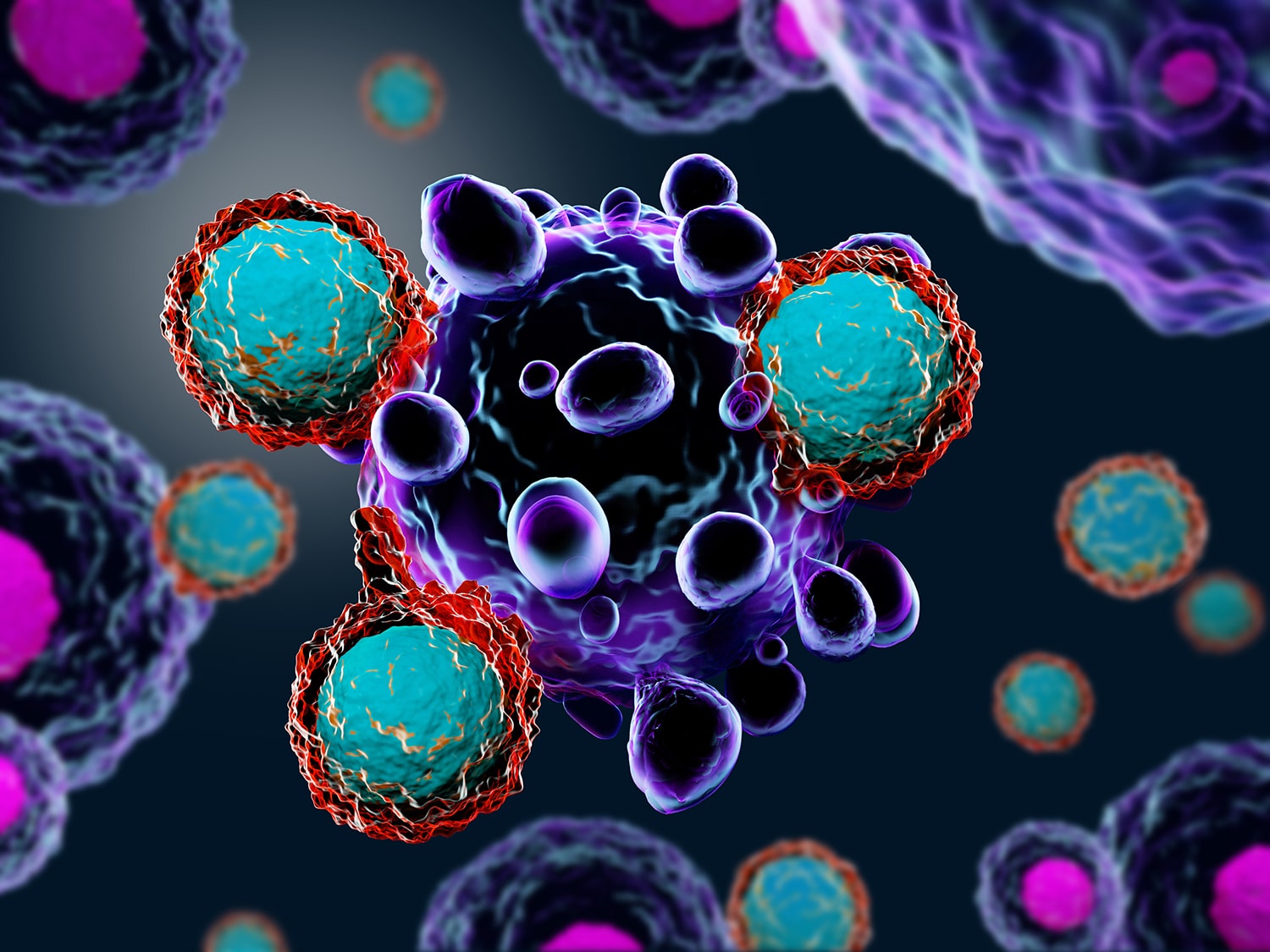 A Nobel Prize for Immunotherapy Discoveries

Some cancer patients now benefit from treatment with a type of immunotherapy drug called a checkpoint inhibitor. On Oct. 1, two researchers won the Nobel Prize in Physiology or Medicine for research into proteins targeted by these drugs. Immune checkpoints are pathways that inhibit the immune system from damaging healthy cells. Cancer cells can also use these pathways to evade the immune system. James Allison was awarded the prize for his work on one type of immune checkpoint protein, called CTLA-4. He had the insight that blocking the function of the protein could spur immune cells to attack cancer cells. Tasuku Honjo received the prize for his discovery of PD-1, another immune checkpoint protein. Allison said at a press conference, “I was a basic scientist. To have my work really impact people is one of the best things I could think about.” At STAT, Sharon Begley describes the other scientists who also made major contributions to checkpoint inhibition research.

Organizations and doctors encourage cancer patients and survivors to keep moving, noting that exercise is associated with improved mental well-being, reduced symptoms and side effects, and longer life. But a 659-person study published Oct. 1 in Cancer shows that, at least for people ages 50 and up, a cancer diagnosis is associated with decreased physical activity. Compared with people of the same age who had not been diagnosed with cancer, cancer survivors in the study both engaged in less physical activity and were active for shorter periods with more breaks, as measured by accelerometers. The researchers say that more research into how to best help cancer survivors engage in physical activity is needed.

A study describing the case of a young man with leukemia who died after CAR-T cell therapy describes a rare way that treatment with the therapy can go wrong. When a patient gets CAR-T cell therapy for B-cell leukemia, some of their own T cells are removed from their body and genetically modified to target B cells. The study, published Oct. 1 in Nature Medicine, reports that when the patient received treatment in a CAR-T cell therapy clinical trial, one of his cancer cells was genetically modified by accident. This made the cancer undetectable to the man’s modified T cells. The lead author of the study told The New York Times that this event is “exceptionally rare” but that it’s important to study patients who relapse after therapy to understand what happened.

The U.S. Food and Drug Administration (FDA) has approved new drugs for treatment of lung and skin cancer. On Sept. 27, the agency granted approval to Vizimpro (dacomitinib), an EGFR inhibitor. The drug was approved for patients with metastatic non-small cell lung cancer (NSCLC) with certain EGFR mutations. The therapy joins four other anti-EGFR therapies already approved by the FDA for EGFR-positive NSCLC. On Sept. 28, the FDA also approved​ Libtayo (cemiplimab-rwlc) for certain patients with advanced cutaneous squamous cell carcinoma (CSCC), a form of skin cancer. The drug is the seventh immune checkpoint inhibitor to be approved by the FDA.