May 14: The Week in Cancer News 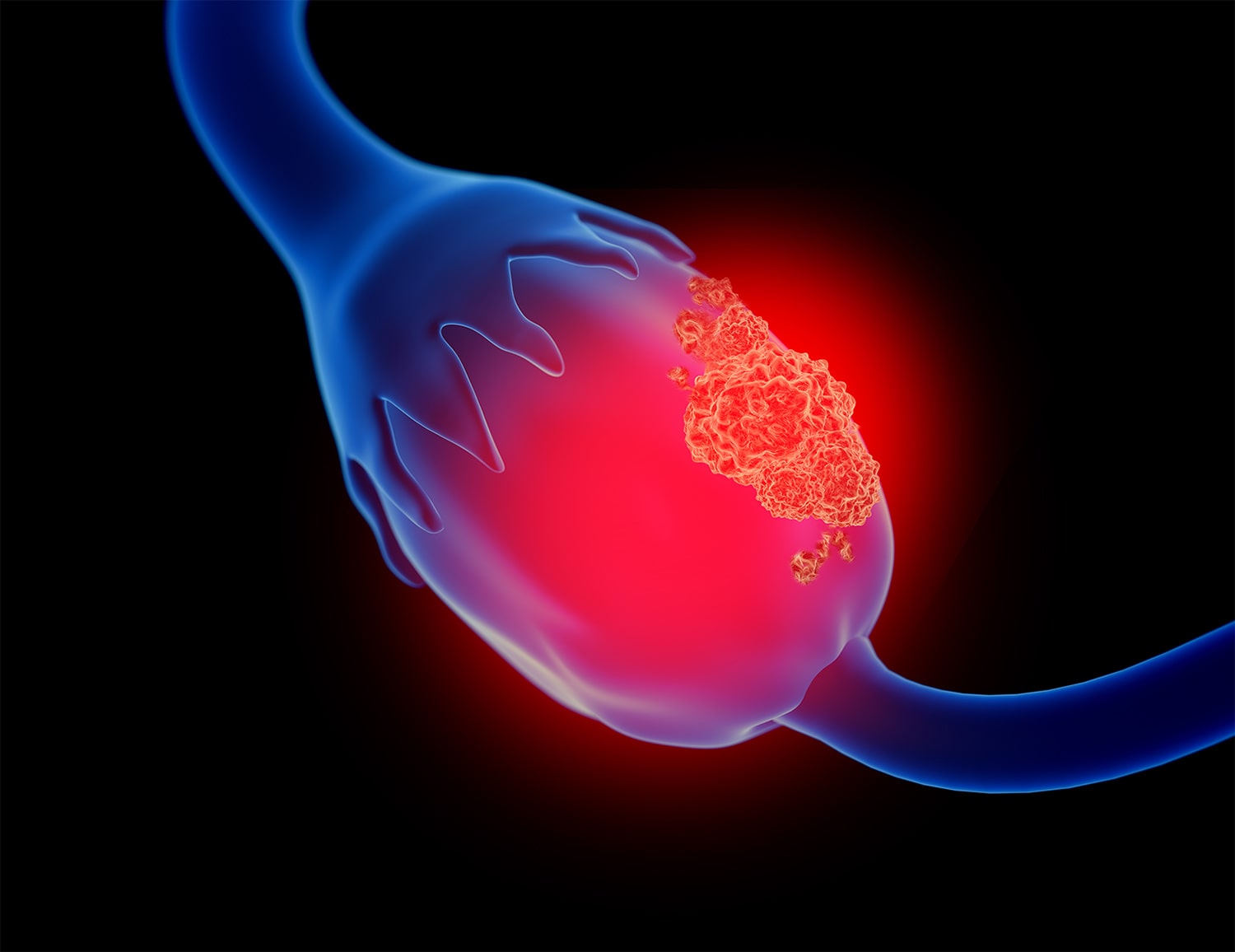 A study that included data from more than 200,000 postmenopausal women in the U.K. suggests ovarian cancer screening, using CA-125 testing and ultrasound, does not reduce fallopian tube or ovarian cancer mortality when compared with no screening. The study, which was published May 12 in the Lancet, followed women without known ovarian cancer risk factors who were between age 50 and 74 for a median 16.3 years. “We are disappointed, as this is not the outcome we and everyone involved in the trial had hoped and worked for over so many years,” said Usha Menon, who was the lead investigator of the study, in Medscape Medical News. The study, dubbed the U.K. Collaborative Trial of Ovarian Cancer Screening (UKCTOCS), divided women into one of three groups: One group received no screening; another received annual transvaginal ultrasound screening; and a third group had multimodal screening (MMS), which used serum CA-125 measurements, along with transvaginal ultrasound screening if CA-125 measurements suggested increased ovarian cancer risk. Although the screenings decreased incidence of stage III and IV disease and increased the rates of stage I and stage II disease, deaths from ovarian cancer and fallopian tube cancer were virtually identical between all groups, regardless of whether they received screening. “The reduction in stage III and stage IV disease incidence in the MMS group was not sufficient to translate into lives saved,” the study authors note. An accompanying editorial in the Lancet notes this is not the first study to find ovarian cancer screening for women does not decrease death rates from the disease. The first large randomized controlled clinical trial to reliably assess mortality rates was published in 2011. The trial, which included 78,216 women between age 55 and 74, showed screening with CA-125 and transvaginal ultrasound did not reduce ovarian cancer-related mortality. In addition, of the 3,285 women who received false-positive results, about a third had surgery and 163 experienced at least one serious complication from that surgery.

Expert Looks Back at How Big Tobacco Targeted Black Americans

In the wake of the Biden administration’s decision to move forward to ban menthol cigarettes and flavored cigars, the Cancer Letter published an editorial cataloging the “unfiltered history” of how the tobacco industry targeted Black Americans. The guest editorial, by Alan Blum, a physician and authority on tobacco use, traces the evolution of menthol, a component of peppermint oil and a topical pain reliever, as an ingredient in cigarettes, first introduced in the 1920s. Blum traces numerous ways the industry targeted African Americans, including by advertising in minority-owned newspapers and magazines after television commercial advertising of tobacco products was banned in 1971, and by funding African American events—one of which led to endorsement of Philip Morris during a keynote address at a 1990 NAACP event. “Tackling the smoking pandemic must also take into account the dynamism of the tobacco industry and its allies, who continue to create ways to insinuate tobacco products and electronic cigarettes into the social fabric of African American communities,” Blum writes. Blum first presented about the impact of smoking on minority populations in 1987, and an online exhibition of his work, “Of Mice and Menthol: The Targeting of African Americans by the Tobacco Industry,” is available on the Center for the Study of Tobacco and Society’s website.

Some Cancer Patients Uncertain About Protection from COVID-19 Vaccines

A May 14 STAT article highlights how people with impaired immune function, including some cancer patients, remain in limbo when trying to determine whether the COVID-19 vaccines will offer enough personal protection against the coronavirus. The article describes how Michele Nadeem-Baker, who was diagnosed with chronic lymphocytic leukemia in 2012, has only trace amounts of antibodies to the virus following her vaccination. “It’s not over yet for patients like me,” she says. Nadeem-Baker took an antibody test as part of her participation in a patient registry offered through the Leukemia & Lymphoma Society​, which is seeking to learn more about COVID-19 and vaccination in blood cancer patients. While the registry provides antibody tests to gather more information about the virus and COVID-19 vaccines in a research setting, the Centers for Disease Control and Prevention does not recommend using antibody tests to gauge vaccine response at this time, since not enough is understood to determine what level of antibodies confers immunity to the virus. Even with the uncertainty, experts are suggesting people with impaired immune function, including cancer patients, get a COVID-19 vaccine.​​