Holding Off on Treatment

Patients diagnosed with low-risk prostate cancer are increasingly opting against immediate surgery or radiation in favor of regularly monitoring their disease. 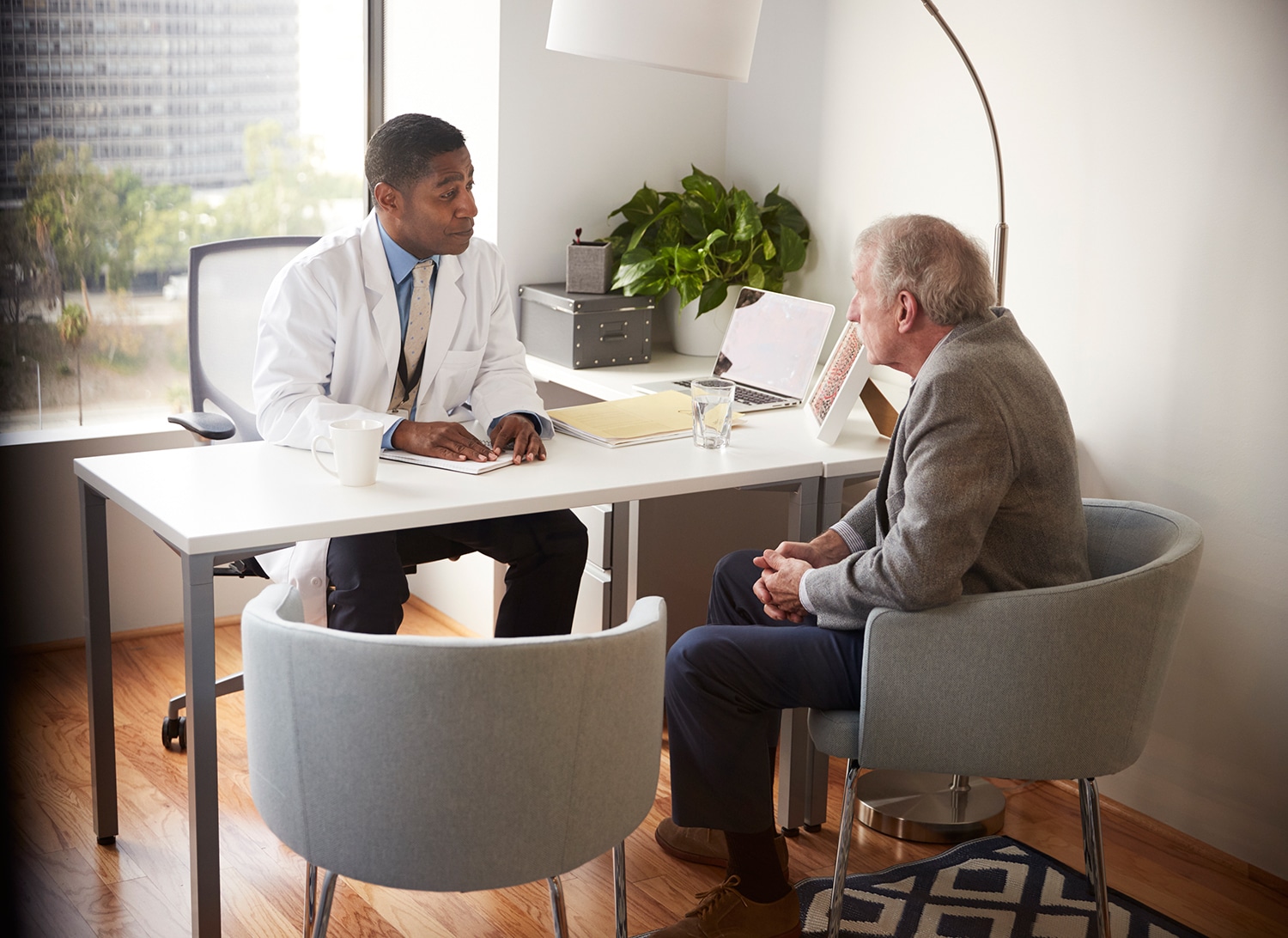 Patients with low-risk prostate cancer ​​are increasingly choosing active surveillance, an approach that involves regularly monitoring for tumor progression, instead of seeking immediate surgery or radiation, according to a paper published Feb. 11 in JAMA.

Even without treatment, some prostate cancers will never pose a danger to patients. In fact, about two-thirds of low-risk prostate cancer patients who opt for active surveillance have not yet needed treatment at 10 years, notes study co-author Brandon Mahal, a radiation oncologist at the McGraw/Patterson Center for Population Sciences at the Dana-Farber Cancer Institute in Boston. Active surveillance usually consists of periodic blood tests, digital rectal exams and biopsies.

Due to concern that low-risk cancer patients were being overtreated, Mahal explains, national guidelines in 2010 added active surveillance as an option for these patients. Mahal and his colleagues set out to see how these guidelines were influencing prostate cancer treatment five years later.

“That’s an encouraging finding,” Mahal says. “There has been a lot of new evidence to suggest that active surveillance is an efficacious approach to low-risk disease, and it’s associated with a very high survival rate.”

Active surveillance is an approach that has support in the cancer advocacy world, according to Rick Davis, a founder of the Answer Cancer Foundation, and Peter Kafka, a moderator of a virtual support group run by the foundation for men with low- and intermediate-risk prostate cancer.

Both men received treatment for relatively aggressive prostate cancer but interact regularly with others all along the prostate-cancer risk spectrum.

The key, Kafka adds, is in breaking down the almost mystical power of the word “cancer” and getting men to take a moment to think about their situation.

“As soon as a person hears they have cancer, they freak out and they just want to take it out. A lot of guys I’ve talked to, that’s their attitude,” Kafka says. “You’ve got to get guys to relax and really understand that they don’t have to do anything, particularly right away.”

That said, there are some low-risk patients for whom the personal risk calculus differs, according to Kafka. He recently spoke with a man diagnosed with low-risk disease who had opted for surgery. As an African-American who had watched a father and uncle die from prostate cancer, this man felt that surgery was worth it.

Active surveillance is not recommended for high-risk patients and remains uncommon in this group. While surgery is declining for low-risk prostate cancer patients, it’s on the rise for high-risk patients, according to the JAMA paper. The surgery rate for these patients increased from 38 percent to 43 percent between 2010 and 2015, while the rate of radiation therapy decreased from 60 percent to 55 percent.

“That isn’t necessarily accompanied by any new trial evidence or anything to really drive changes in the management of high-risk disease,” says Mahal. “That warrants some careful examination to make sure we’re making treatment decisions based on emerging evidence and not anything else.”

That doesn’t mean surgery is the wrong choice for high-risk patients, Mahal says, but many high-risk patients who elect surgery end up needing radiation and hormone therapy anyway, which increases the risk of incontinence or stricture, a scarring and narrowing of the urethra. “It doubles those risks,” he says, “so that’s a lot of treatment toxicity without any proven benefit.”

Regardless of risk level, Davis reminds patients with prostate cancer of their right to consult with multiple doctors from different specialties. Ultimately, the decision to undergo surgery, receive radiation or do active surveillance is up to them.