A coalition of wives of African leaders, originally dedicated to addressing HIV/AIDS, is now also taking on the growing problem of cancer. 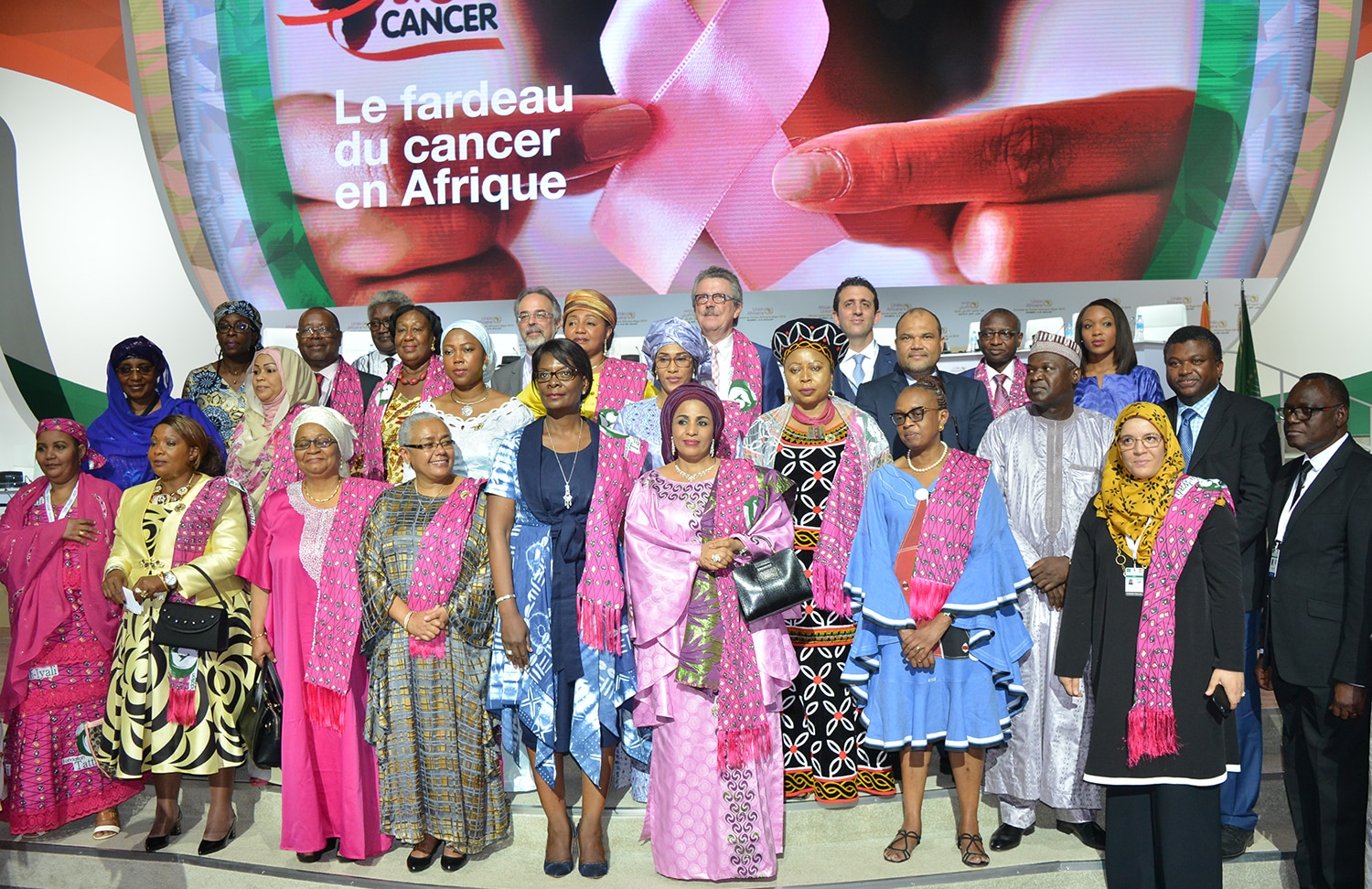 Members of the Organization of African First Ladies for Development met in Niamey, Niger, to discuss cancer in Africa. Photo courtesy of Le Sahel

WHILE AFRICAN HEADS OF STATE ​gathered in Niamey, capital of Niger, for a summit of African Union nations in July 2019, the Organization of African First Ladies for Development (OAFLAD) simultaneously held a Symposium on Cancer in Africa. Now in its 17th year, OAFLAD is an advocacy organization led by 37 wives of African presidents who leverage their positions to promote access to health care services and empowerment of women and youth on the continent.

OAFLAD was established in 2002 and initially dedicated its energies to the challenge of HIV/AIDS in Africa. Its flagship effort, Free to Shine, is a campaign to end AIDS among children, adolescents and young people and to keep mothers healthy. The campaign has now been launched in 15 countries across Africa.

In February 2019, as part of its 2019-2023 strategic plan, OAFLAD expanded its efforts to address issues beyond communicable disease, including cancer; reproductive, maternal, newborn and child health; gender equality; women and youth empowerment; and poverty reduction. 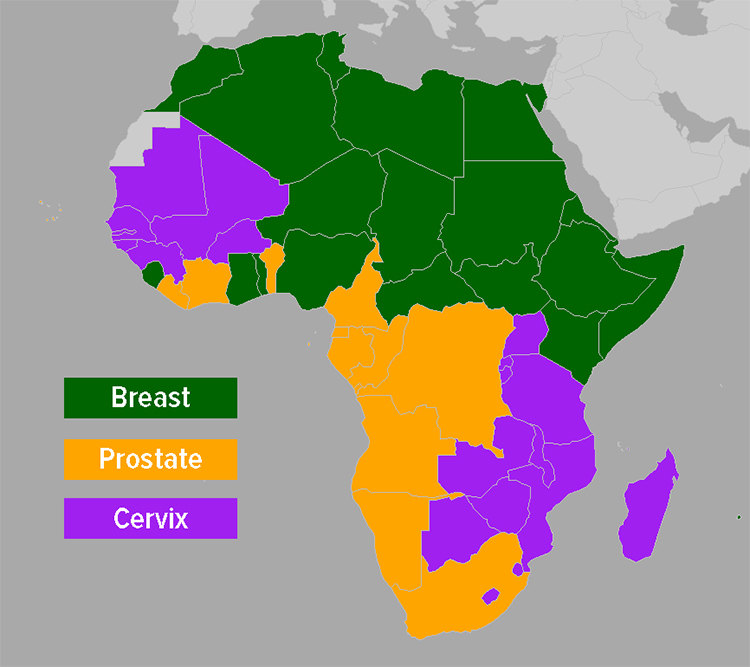 In 2018, breast cancer had the highest age-standardized incidence in some ​African countries, while prostate and cervical cancer were the most common cancers in other parts of the continent.​ Data from GLOBOCAN 2018 / International Agency for Research on Cancer / World Health Organization

In 2018 in Africa, there were an estimated 1,055,172 new cases of cancer and 693,487 cancer deaths, a mortality-to-incidence ratio of 0.66, compared with a ratio of 0.46 in Europe. By 2040, the number of annual cancer deaths in Africa is expected to double. Efforts are being made to improve the accuracy of cancer statistics in Africa, despite challenges faced in maintaining health information systems and cancer registries in the region.

The OAFLAD event in Niamey drew participants from around the world, including diplomats, health ministers, policymakers and cancer researchers. The gathering “provided a remarkable opportunity to collectively advance our understanding and pathway forward to address as a continent the cancer burden in Africa,” said Sika Kaboré, first lady of Burkina Faso and official host of the symposium, after the event. Kaboré is the president of OAFLAD.

Her husband, Burkina Faso President Christian Kaboré, spoke to attendees, saying, “It is only by acting in solidarity that we can achieve progress. If Africa unites, we can make progress on cancer.”

Matshidiso Moeti, WHO regional director for Africa, said at the symposium, “Cancer screening and early detection are essential to optimize the investment being made by countries to address cancer.”

Elizabeth M. Jaffee, a medical oncologist at the Sidney Kimmel Comprehensive Cancer Center in Baltimore, past president of the American Association for Cancer Research (AACR) and current chair of the AACR International Affairs Committee, praised the meeting, saying that “by calling attention to the burden of cancer we all face, irrespective of national boundaries, the African First Ladies for Development 2019 cancer in Africa symposium in Niamey served to enrich the global spectrum of cancer science.”

“Internationally, women are often the driving force in coordinating health care needs for the entire family,” added Lisa A. Newman, a surgical oncologist at NewYork-Presbyterian/Weill Cornell Medical Center and chair of the AACR Africa Advisory Group. “This cancer in Africa symposium is an example of smart, empowered women advocating on behalf of public health and oncology resources on a global basis.”

Dr. Jaffee and Dr. Newman did not attend the conference in Niamey.