A study on aging shows that cancer survivors are at higher risk of losing strength and walking more slowly compared to those with no cancer history. Exercise is one way to combat this decline. 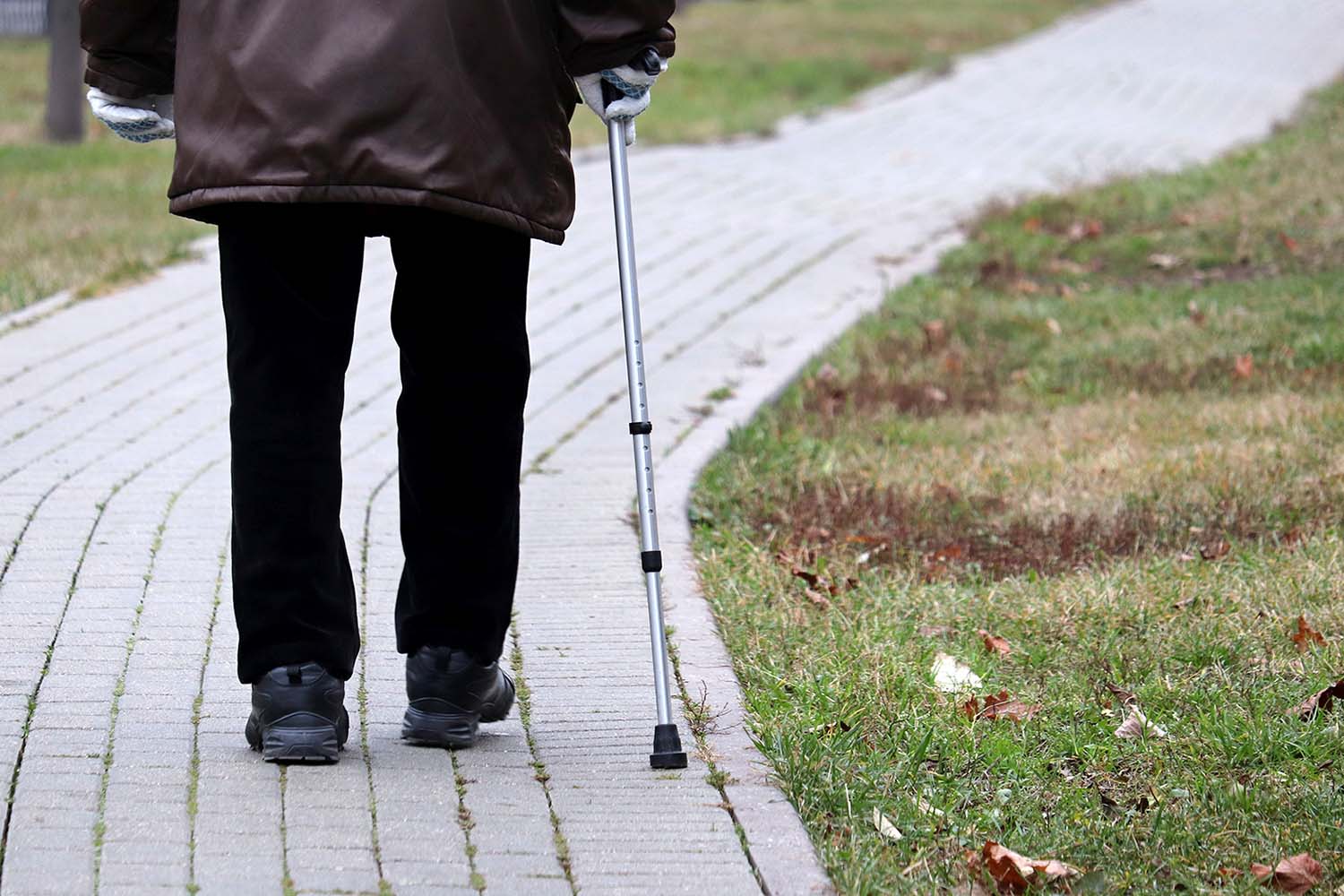 EVERYONE EXPERIENCES some degree of physical decline as they age, but for cancer survivors, the risk of decline can be especially high. A study published Aug. 3, 2021, in the Journal of the American Geriatrics Society, shows that people who have a history of cancer are more likely to have difficulty gripping objects and to walk more slowly than their peers who never experienced cancer. In light of these findings, experts underscore the role of exercise for cancer survivors who wish to maintain function as they age.

“Combined aerobic and/or resistance training has been found to improve cancer-related outcomes, such as physical functioning and fatigue,” says epidemiologist Sunny Siddique, a Cancer Research Training Award fellow at the National Cancer Institute and an author of the study. Corresponding by email, Siddique shared the importance of continued research about how treatments can impact people with cancer, noting that it can be difficult to tease out functional deficits related to cancer and its treatment from those related to aging itself.

In the study, Siddique and colleagues analyzed data from the National Institutes of Health’s Baltimore Longitudinal Study of Aging (BLSA), which follows healthy adults over the course of their lives to assess physical and cognitive changes associated with aging. To be included in the BLSA, people with a cancer history must have been cancer-free for at least 10 years before joining the study. People who developed cancer while taking part in the study remained within the BLSA. Of the 1,728 participants whose records were collected from 2006 to 2019, 359 people had a cancer history before enrolling in the cohort or developed cancer while enrolled in the BLSA.

Researchers found that people of all ages with a cancer history were 40% more likely than people without cancer to have ​weak grip strength, a clinical measure that assesses how well people can hold onto objects. This measure is used to help predict functional disability. In addition, cancer survivors who were 65 years or older were almost twice as likely to walk more slowly than peers in the same age group without a cancer history . While all participants in the BLSA showed some physical decline as they aged, this process was accelerated in people with cancer.

Previously published research shows the benefits of exercise both during and after cancer treatment, says Jennifer Ligibel, a medical oncologist at the Dana-Farber Cancer Institute in Boston, who was not involved in the study. For example, she points out that regular exercise reduces fatigue and is “the fastest way to get your energy back.”

Ligibel also notes that current evidence suggests cancer survivors who regularly exercise have a reduced risk of cancer recurrence when compared to those who do not regularly exercise. In fact, a 2005 JAMA study showed women who were treated for early-stage breast cancer and who took part in the equivalent of walking three to ​five hours a week at an average pace had a reduced risk of death from their disease compared to those who exercised an equivalent of walking one hour a week or less.

“Aerobic activity like walking is a very good place for most people to start,” says Ligibel, who recommends that people with cancer start slowly and build up stamina, starting with a 10-minute walk outside, for example. A physical therapist can also help people with cancer or who have a history of cancer to develop suitable exercise routines, Ligibel says.

The BLSA is an aging study rather than a cancer registry, so it did not include information about participants’ cancer stage, pathology or treatment. Other data the authors cited in their research showed cancers survivors reported declines in physical functioning, with more pronounced declines in people with lung cancer. In a study of nonmetastatic prostate cancer survivors, grip strength and self-reported physical functioning declined as early as three months after starting androgen deprivation therapy (ADT), compared to other prostate cancer patients who did not receive ADT and people with no history of cancer.

“Understanding how cancer and its treatment affects natural aging-related functional decline is important in developing interventions to prevent or mitigate accelerated decline among cancer survivors,” Siddique says. This kind of research may eventually yield more precise information about how people with different types of cancer can maintain vitality well into their later ​