But I Already Have Cancer

For a patient with advanced cancer, how important is screening for other types of cancer? 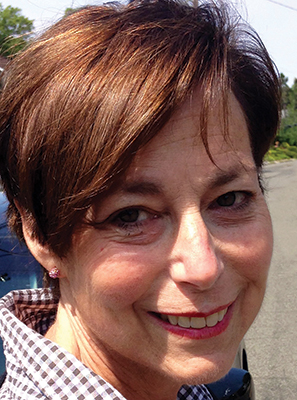 SHORTLY AFTER finishing an initial six cycles of chemotherapy for advanced non–small cell lung cancer in 2011, I started receiving maintenance chemotherapy to keep the cancer in my body at bay. At the same time, I was due for my annual mammog​ram. These events led me to indulge in magical thinking: Surely the chemo provided some protection from other types of cancers. Did I really need to get screened?

When a fellow lung cancer survivor asked me the same question, I decided to pose it to three oncologists and my gynecologist. They all recommended getting screenings for other types of cancer, although one added, almost cavalierly, “What are the chances you will get another cancer?”

While a second cancer seemed like a far-off possibility, my odds of getting lung cancer had been small as well. I was diagnosed in my early 50s and had never smoked. (Nearly 20% of lung cancer diagnoses occur in never-smokers.) I also remembered a dear friend who had been treated for breast cancer 25 years ago and was later diagnosed with kidney cancer.

The good news is that cancer survivors are living longer because some cancers are more treatable than in years past. However, living longer increases the chance of getting cancer a second time. And although the number of people who develop a second cancer is very small, risk varies depending on a num​ber of factors, including treatments received, such as radiation and certain types of chemotherapy, genetic predisposition, family history, diet, physical activity and the surrounding environment.

All of us who have had cancer need to learn about cancer screening and take charge of our health. That’s why we need to talk with our doctors or nurses to create a s​urvivorship care plan​,​ which includes information about follow-up care and overall well-being.

Speaking for myself, I’m more concerned about my cancer spreading than I am about getting a second cancer. But screenings offer me a bit of security. That first mammogram after my lung cancer diagnosis was clean. I expect I will make it to the next mammogram, and I look forward to being alive for my next colonoscopy—just three years away.

Ide Mills, a lung cancer survivor, is a health educator and behavioral strategist who also worked for many years as an oncology social worker.