At the AACR Annual Meeting 2018, researchers at Google compared the speed and accuracy of human pathologists and computer algorithms in diagnosing and grading cancer. 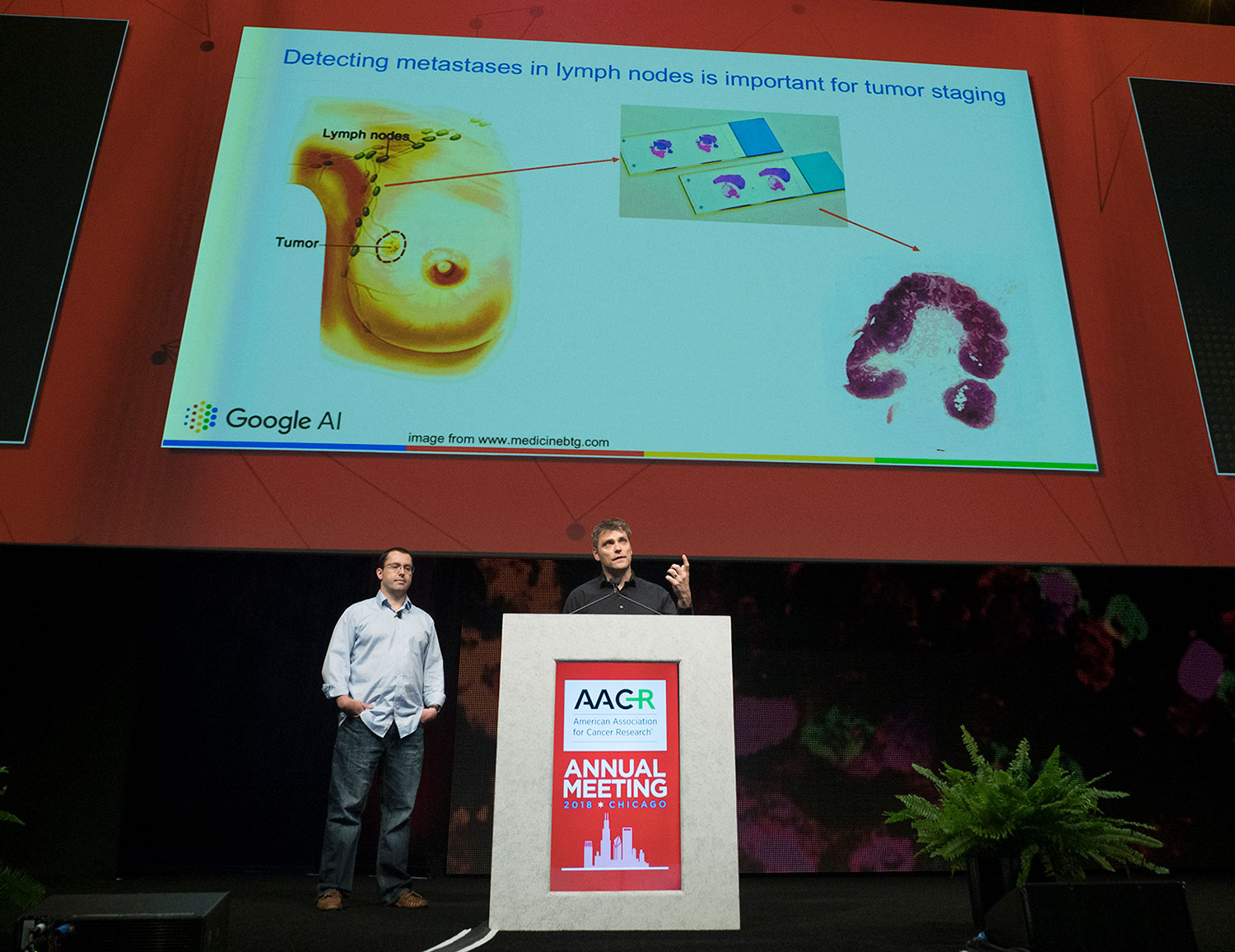 ARTIFICIAL INTELLIGENCE (AI), WHICH USES COMPUTER ALGORITHMS​ to mimic human intelligence and perform complex tasks, has proven its value in virtual assistants like Alexa, photo-sharing apps that recognize faces and other applications. Researchers are now studying its use in diagnosing and staging cancer.

Today, two speakers from tech giant Google reported preliminary results from a study comparing the diagnostic accuracy of human pathologists and AI in finding cancer at the AACR Annual Meeting 2018 in Chicago.

The study found that a computer algorithm created by Google performed better than human pathologists in detecting breast cancer metastases in lymph nodes. Biophysicist Martin Stumpe, technical lead at Google, called it “a needle in a haystack problem.” AI was both faster and more accurate than the pathologists, he said.

AI performed as well as the pathologists in accurately assigning a Gleason grade to prostate cancer. A Gleason grade measures a tumor’s aggressiveness and is used to determine the appropriate prostate cancer treatment. The challenge in designing a computer algorithm to mimic human thought for this task is that assigning the grade is largely a subjective judgment informed by the pathologist’s knowledge and experience, said Jason Hipp, Google’s lead pathologist.

A challenge in using AI in pathology is that most tissue samples are examined on slides and not available in a digital format for the algorithm to analyze. Scanning the images can be expensive and disrupt workflow, Stumpe said. In response, Google has designed an augmented reality microscope (ARM) that analyzes the tissue samples using a “compute unit” designed to be retrofitted to most microscopes. The unit analyzes the samples and identifies probable cancerous areas for the pathologist in real time. Eventually the ARM will be able to take a picture of the sample so that it can be stored and shared digitally, Hipp said.

Stumpe expressed the hope that artificial intelligence and ARM technology will empower pathologists and cancer researchers. “We believe we can help them do a better job,” he said.​