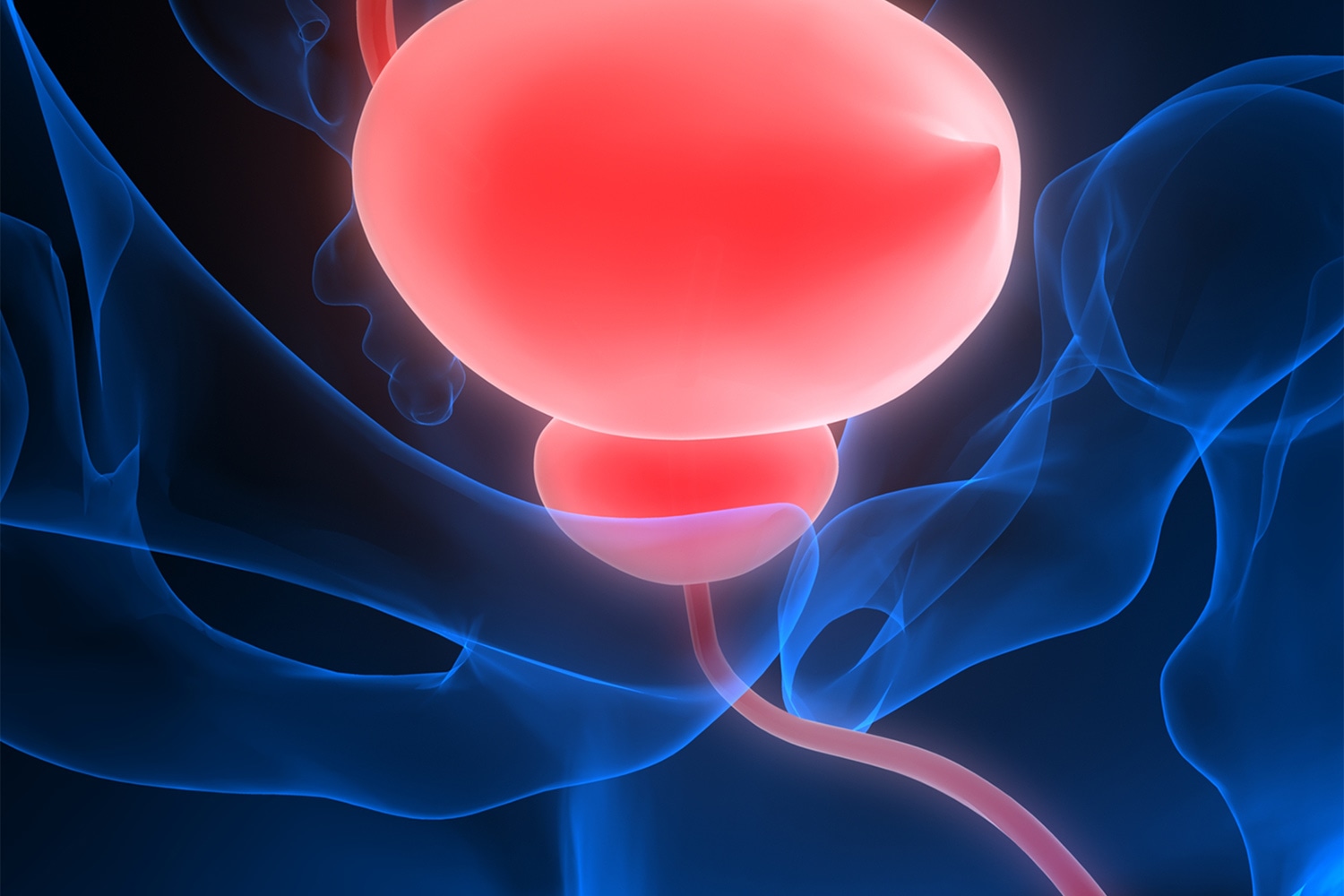 RESULTS FROM THE VISION TRIAL, first presented at the American Society of Clinical Oncology virtual meeting on June 6, highlighted a treatment called prostate-specific membrane antigen (PSMA) therapy. “Prostate-specific membrane antigen is a protein on most prostate cancer cells,” says lead author of the study Michael J. Morris, a medical oncologist and the head of the Prostate Cancer Section at Memorial Sloan Kettering Cancer Center in New York City. “Molecules that circulate through the body and attach to PSMA can be used to deliver treatment that can kill the prostate cancer cell.” The drug, called 177Lu-PSMA-617, uses a PSMA-targeted molecule called PSMA-617 to deliver a radioactive molecule—lutetium-177—straight to prostate cancer cells, Morris says.

Trial results on 177Lu-PSMA-617, published June 23, 2021, in the New England Journal of Medicine, used PSMA-PET scans to identify patients who had PSMA-positive lesions. Of the 1,003 patients who were screened, 954 patients had at least one PSMA-positive metastatic lesion, and 87 patients were excluded because they had at least one PSMA-negative metastatic lesion. In all, 385 patients were deemed eligible to receive 177Lu-PSMA-617 along with standard of care, while 196 received standard of care alone. The study stipulated that participants could not receive chemotherapy or radium-223, immunotherapy, or investigational drugs, but could receive other treatments—such as hormonal therapies and radiation therapy—to manage their disease.

“Improvements in treatments for advanced prostate cancer have greatly prolonged survival and quality of life. However, when patients stop responding to the new treatments, there is an unmet medical need for additional therapy,” says Howard Soule, the executive vice president and chief science officer at the Prostate Cancer Foundation, a nonprofit organization that funds PSMA research. “There are dozens of clinical trials for new treatments—but in the sickest of the sick, this drug prolonged survival and delayed progression by a median of several months, and sometimes much longer.”

He adds that PSMA therapy may also have applications in early-stage prostate cancer, and may be used in combination with other drugs, such as PARP inhibitors or immunotherapy, to deliver therapeutics to the cancer cells. Side effects from 177Lu-PSMA-617 included fatigue and dry eyes and mouth. Another side effect observed in the study was bone marrow suppression, which can be managed with transfusions.

In addition to using PSMA therapy to treat diseases, scientists have developed agents that target the PSMA protein to help illuminate prostate cancer cells in order to help detect recurrences on PET scans. On Dec. 1, 2020, the Food and Drug Administration approved the first radioactive tracer, Gallium 68 PSMA-11, for use with scans to detect prostate cancer recurrence. This kind of imaging was also used in the VISION study to determine who had PSMA-positive metastatic prostate cancer lesions. However, the use of PSMA-PET is currently limited to a handful of institutions, in part because the handling of radioactive materials requires extensive training.

Novartis, which manufactures 177Lu-PSMA-617, plans to submit it for FDA approval later this year. In addition, ongoing and planned trials will look at the drug’s potential uses in other settings, such as with earlier-stage prostate cancer.​

Using an older method of prostate biopsy together with MRI-targeted biopsy more accurately diagnoses prostate cancer than either method alone, a study finds.