Researchers are combining immunotherapies with each other and with other treatments in hopes that a larger proportion of patients will have long-term benefits.

SOME PATIENTS WHO take immunotherapies have long-lasting responses. Other patients’ cancers respond to immunotherapy and then start to grow again, or never respond at all. Combining immunotherapies either with each other or with other therapies could increase the proportion of patients who benefit (See “Making a Match” in the Winter 2016/2017 issue of Cancer Today). 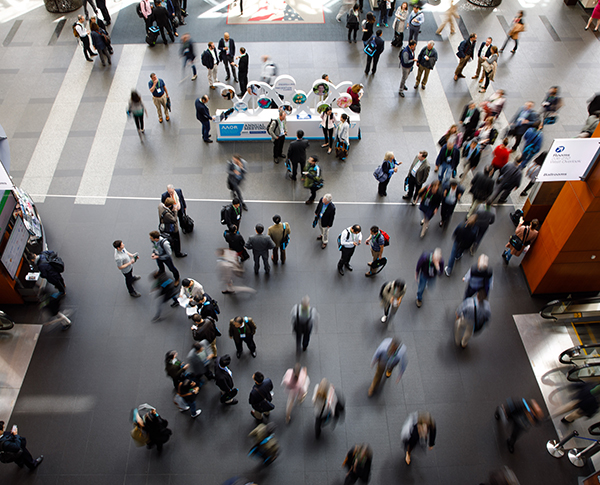 There are more than 800 studies of immunotherapy combinations underway now, said Daniel S. Chen, an oncologist from the biotechnology firm Genentech, in an April 1 se​ssion at the American Association for Cancer Research (AACR) Annual Meeting 2017. This ​number includes trials that combine immunotherapies with each other and with other types of therapies.​

During the AACR meeting, researchers presented results from some of these trials.

The first combination therapy involving checkpoint inhibitors was approved in 2015 to treat a subset of patients with advanced melanoma. The pair of drugs, Yervoy (ipilimumab) and Opdivo (nivolumab), target two different braking systems for the immune system. The FDA approved the combination based on the proportion of patients who went for long periods without seeing their cancer progress, on the condition that the combination eventually would be shown to also help people live longer.

A phase III trial whose results were presented at the AACR Annual Meeting April 3 confirmed that the pair of drugs together improves survival more than one of the drugs alone: After two years, 64 percent of patients taking the combination of drugs were still alive, compared to 45 percent of the people on Yervoy.

A phase II trial presented at the meeting April 4 showed more preliminary evidence of efficacy for a combination not yet approved by the FDA. Yousef Zakharia, a hematologist-oncologist at the University of Iowa in Iowa City, presented results of a phase II trial of a combination of the IDO pathway inhibitor indoximod and the anti-PD-1 drug Keytruda (pembrolizumab), for treatment of advanced melanoma. The IDO pathway is another tool cancer cells use to evade the immune system. No IDO pathway inhibitor has yet been approved by the FDA. Of 60 melanoma patients who took this combination in the trial, 31 responded, either seeing their tumors get smaller or, for five patients, disappear completely.

On April 4, Brendan Curti, a medical oncologist at Providence Cancer Center in Portland, Oregon, presented results from a phase IB trial that combined the checkpoint inhibitor Yervoy with Cavatak, a proprietary formulation of a common cold virus that stimulates immune response. Cavatak was injected at the site of melanoma tumors under the skin, while Yervoy was administered intravenously.

Half of the 22 patients given the combination therapy responded, and four patients had a complete response. Patients saw responses in both the tumors that had been injected with the virus and in distant tumors.

The studies mentioned are just a few examples of the many combination strategies being considered. Researchers are also considering immunotherapy combinations involving chemotherapy drugs and targeted therapies, and some studies combine more than just two agents. There is even evidence that the microbes that inhabit human bodies, the microbiota, help determine whether patients respond to immunotherapy. Combination therapies of the future could include probiotics. (See “The Riddle of Bacteria and Cancer​” in the Summer 2016 issue of Cancer Today.)

If some of the many combinations being studied do turn out to be effective, researchers will need to learn how to predict which patients require them. For patients whose tumors respond to one immunotherapy drug, a combination of treatments may not be necessary.​