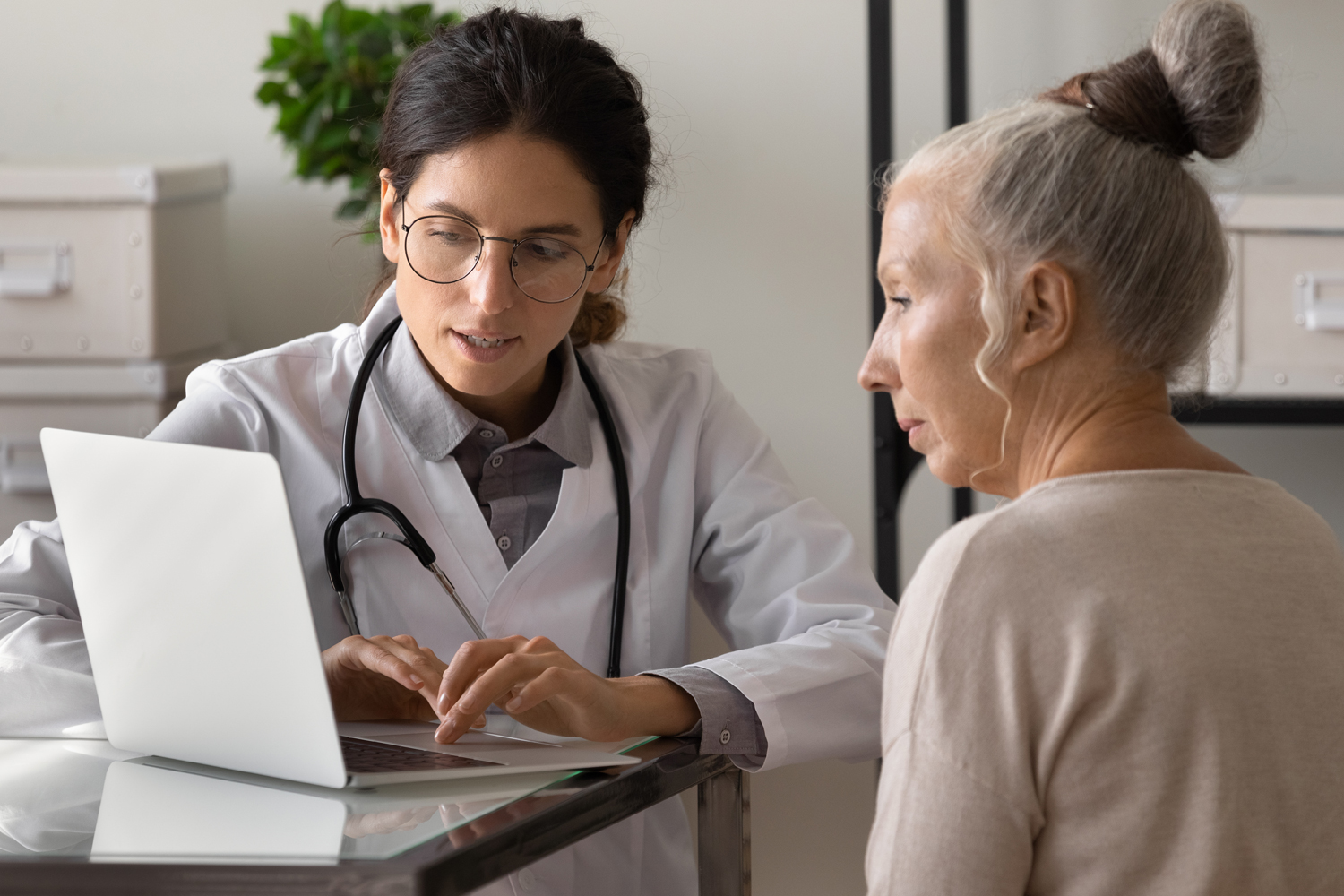 FOR YEARS, PATIENTS WITH BREAST CANCER have been told that their cancer is either HER2-positive, meaning the tumor cells have excessive amounts of the growth-promoting HER2 protein on their surface, or HER2-negative, meaning they don’t. People with HER2-positive breast cancer, which makes up 15% of all breast cancer diagnoses in the U.S., are eligible for treatments that block the HER2 protein from sending growth signals to the cancer cell, such as Herceptin (trastuzumab) or Perjeta (pertuzumab). However, patients with HER2-negative cancer that has metastasized have limited options for targeted therapy.

But now, a practice-changing study has found that a newer HER2-targeted therapy called Enhertu (fam-trastuzumab deruxtecan-nxki, or T-DXd), can extend the lives of women with metastatic breast cancer that expresses low amounts of HER2 protein, creating a new subtype of breast cancer now known as HER2-low. The global DESTINY-Breast04 clinical trial found Enhertu was significantly better than traditional chemotherapy in controlling disease and extending survival for people with HER2-low metastatic breast cancer.

“It is fairly common for metastatic breast cancer to become resistant to treatment over time—whether it’s hormone receptor-positive breast cancer being treated with endocrine therapy, or hormone receptor-negative cancer, for which we would use chemotherapy-based regimens,” says study co-author Halle Moore, director of breast medical oncology at the Cleveland Clinic in Ohio. “This is a new option that showed excellent activity in a population for whom it was previously not available.”

Enhertu is an antibody-drug conjugate that consists of two chemically linked components, trastuzumab and a strong chemotherapy medicine. The trastuzumab component homes in on cells that express HER2 and then delivers the chemotherapy directly inside them. This trial showed that Enhertu was effective even if cancer cells expressed low amounts of HER2—offering a new potential option for the more than 60% of people with metastatic disease formerly classified as HER2-negative.

The trial enrolled 557 patients with unresectable (meaning it could not be surgically removed) or metastatic HER2-low breast cancer who had already been treated with at least one other medicine. Nearly 90% had hormone receptor-positive disease. Participants were randomly assigned two-to-one to receive intravenous Enhertu every three weeks or their physician’s choice of a standard chemotherapy drug.

Doctors use two tests to measure HER2 levels in breast cancer. The Enhertu approval has changed how those results are categorized.

Doctors test for HER2 levels using immunohistochemistry (IHC), which stains the HER2 proteins, and in some cases fluorescence in situ hybridization (FISH), which checks for extra copies of the HER2 gene. In the past, a cancer was considered HER2-positive if the IHC score was 3+ (on a scale of 0 to 3+), or 2+ with the addition of a positive FISH test. Otherwise, it was categorized as HER2-negative.

Prescribing information for Enhertu (fam-trastuzumab deruxtecan-nxki, or T-DXd) defines the new subtype, HER2-low breast cancer, as cancer showing either of the following results:

People who took Enhertu lived nearly twice as long without their cancer growing—a median of about 10 months versus about five months with chemotherapy. Median overall survival was 23.4 months versus 16.8 months, respectively. The results were presented at the American Society of Clinical Oncology Annual Meeting on June 5, 2022, where they received a standing ovation, and were published the same day in the New England Journal of Medicine.

The improvements in survival were even more dramatic for the roughly 10% of patients whose cancer was hormone receptor-negative. Median progression-free survival was 8.5 months for the Enhertu group and 2.9 months for those on chemotherapy, while overall survival was 18.2 months versus 8.3 months.

“Patients historically classified as triple-negative [testing negative for two hormone receptors and HER2] are a difficult population to treat because we cannot use hormonal therapy for them,” says Elizabeth Comen, a breast medical oncologist at Memorial Sloan Kettering Cancer Center in New York City, who was not an author on the study. “We now understand that many of these patients are actually HER2-low.” She adds that Enhertu has a “bystander effect,” meaning that the chemotherapy delivered into a cancer cell using the HER2 target can seep into neighboring cells that may not express as much HER2.

The rates of side effects were similar with Enhertu and traditional chemotherapy, although Moore cautions that Enhertu can cause interstitial lung disease, a potentially life-threatening form of lung inflammation and scarring. Patients need to be monitored for this side effect based on symptoms and CT scans.

In August 2022, the FDA approved Enhertu for people with metastatic HER2-low breast cancer who have had prior chemotherapy treatment or whose disease returned while on chemotherapy or within six months of completing it. Even prior to FDA approval, the results of DESTINY-Breast04 transformed clinical practice, according to Moore. “This was a treatment we were able to offer immediately because it was already approved for HER2-positive disease [in 2019],” she says. “So it changed our practice right away.” Comen notes that patients should ask their doctors about their HER2 status, even if they received a HER2-negative result in the past. “They can go back to the original pathology report or have an additional biopsy and testing,” she says. Newly diagnosed metastatic cancer should always be tested for HER2, even if a patient had early-stage breast cancer in the past.

Kris Conner is a writer based near Philadelphia who specializes in health and medicine, with a focus on cancer.