Why I Put Down My Camera

A professional photographer shares advice on living in the moment after caring for his father, who had stage IV lung cancer. 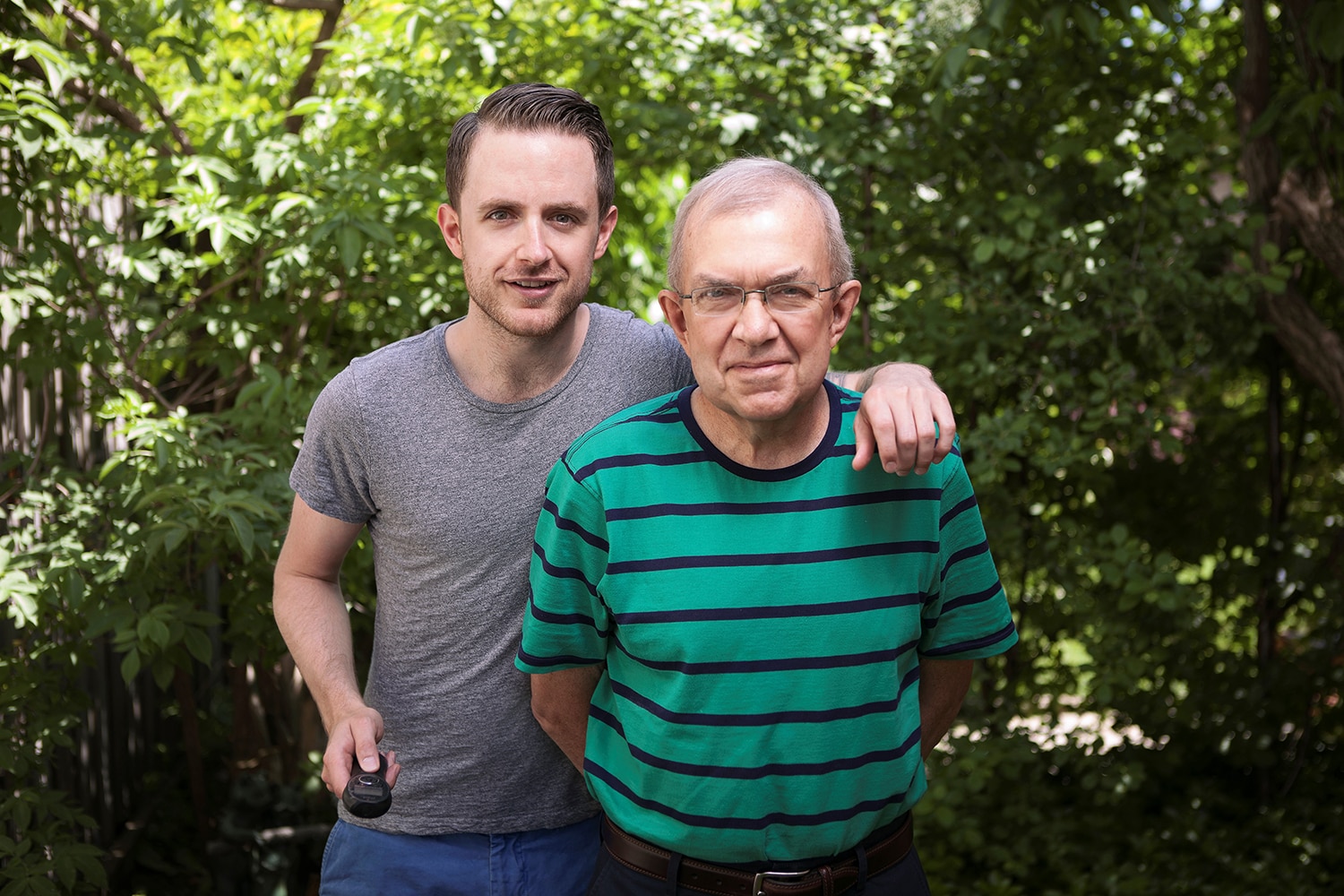 In my time as a professional photographer, I’ve spent a lot of time capturing important moments in people’s lives. But when my 62-year-old father was diagnosed with stage IV lung cancer in early 2013 and was told he had nine months to live, I decided to put down my camera.

In many ways, I wanted nothing more than to photograph my dad and capture every fleeting moment he had left. But I had never once thought to document my father’s daily life prior to his diagnosis. Doing so in the face of his illness would have only reminded my dad, a quiet and shy man whose actions spoke loudly, of his illness.

The moments that follow news of a terminal diagnosis can take on a magnified and bittersweet quality, which is why it’s important to shift the focus from illness to everyday joys. I ended up quitting my job to take care of my father, who went on to live two-and-a-half years after his diagnosis before dying in 2015. In that time, I learned the art of creating memories—despite spending a career capturing them.

Here are some lessons I learned from caring for my dad, who was and will always be my hero:

Take a break from worrying. It’s easy to become preoccupied thinking about the future without your loved one, but if today is not that day, it’s far better to spend time and energy on living now. Worry will only distract you from making the most of the time you have, and living in a constant state of fear benefits no one. Be aware of what sends you down this nonproductive road. For example, my mind would dive into fear when I was alone, so I did my best to stay busy and surround myself with family and friends. I joined a hockey team. And for that one hour a week when I was on the ice, all other troubles were left outside the rink.

Find other things to talk about. I’ve seen it too many times. Someone is sick, and a concerned friend or stranger emphatically asks, “How are you?” The sick person may delve into details of their medical treatments or, more likely, make a single-word response, because words can’t adequately describe what they’re experiencing.

Sure, people may want to talk about their illness sometimes, but other topics—like the score of last night’s baseball game or a favorite band coming to town—can help those facing a serious illness ease into the familiar comfort of conversation and passions. (You get bonus points if you invite the person who’s ill to a game or concert.)

Celebrate successes. Being a cancer patient or caregiver comes with incredible challenges, which is exactly why it’s good to find reasons to celebrate. My dad wasn’t supposed to see March 6, 2014, a year to the day after he was diagnosed. When he did, we threw a party, and he was surrounded by his closest friends and family. We celebrated his life and the contributions he had made—and continued to make—to ours.

Take cues. At times, your loved one might want some time alone. Suffocating them with care can have negative effects. Caring for someone while respecting their autonomy can be a difficult balancing act, so you need to do your best to read body language, moods and needs. When my dad was reading, I knew it meant he needed some time by himself to get lost in a world of words. Most mornings, I would offer to make him breakfast. The rare times when he told me, “It’s OK, I’ll do it myself,” were signs that he wanted to maintain a sense of independence and needed some time for himself.

The news of my father’s diagnosis was a life-changing moment. Despite knowing his dire prognosis, it was the ordinary pleasures that enriched my father’s life: time with family and friends and watching action movies from the comfort of his La-Z-Boy recliner. I have a few images documenting my dad in the days of outliving his prognosis: pictures from vacation and the one-year anniversary party, and one of my dad driving—a smile across his face—a proud moment after he was cleared to drive. But, to this day, nothing has brought me greater satisfaction than living that moment and all the moments beside him.​

Jay Perry is an award-winning commercial photographer based in Hamilton, Ontario, Canada. He is the author of My Dad Got Sick: Love and Insights From a Caregiver s Unexpected Journey Through Cancer.

Keeping her grandfather's cancer a secret from him felt counterintuitive to Tina Chai as a teen, but conversations with other Chinese Americans helped her understand the reasons Chinese physicians and families may practice cancer nondisclosure.