Survivors of pediatric brain or spinal cord tumors can have cognitive and physical impairments. Researchers say that these deficits can be minimized with the right interventions. 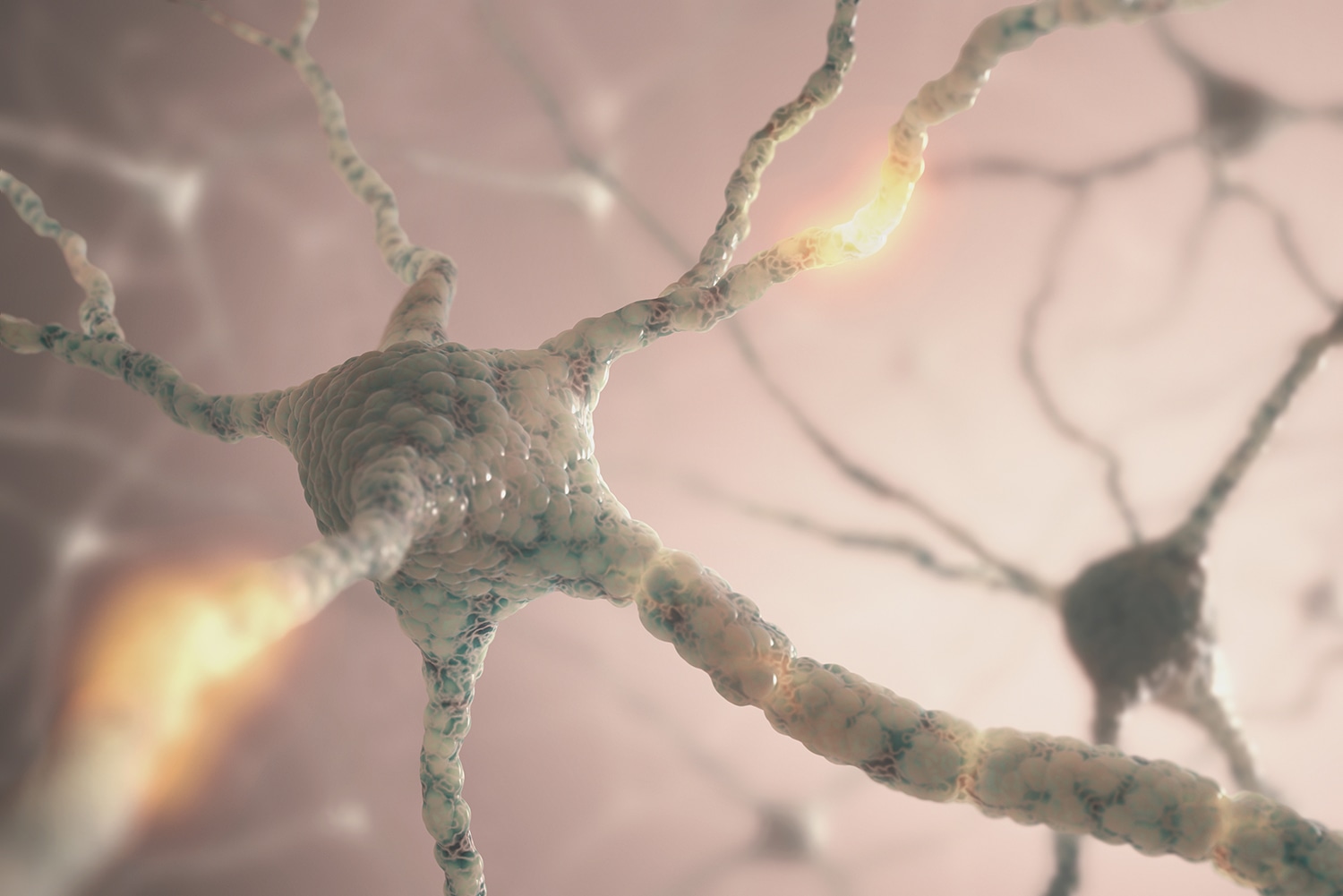 Nineteen years ago, when he was 2 years old, Dylan “Chase” Cruse of Elysian Fields, Texas, was diagnosed with a brain tumor the size of a small grapefruit called an ependymoma. His mother, Darlene, remembers the doctor telling her and her husband that Chase had a 20 percent chance of survival.

“They gave us a decision. We could either do nothing and let him go or get him the best treatment. There was no doubt in our mind what we were going to do,” Darlene says.

With little time to spare, Chase and Darlene flew from Shreveport, Louisiana, where Chase had been hospitalized, to Memphis, Tennessee. After nearly 12 hours of surgery at Le Bonheur Children’s Hospital there, surgeons successfully removed the tumor. That was followed by 33 weeks of radiation therapy to parts of his head and neck at St. Jude Children’s Research Hospital, also in Memphis.

Central nervous system (CNS) tumors are rare in adults, but they make up around 20 percent of cancers in U.S. children and teens under age 19. In 1980, less than 60 percent of children and adolescents diagnosed with CNS cancer survived at least five years. Today, around three-quarters survive at least that long.

However, many survivors of childhood CNS tumors have lasting effects from their cancer, surgery, radiation or other treatments. In a study published Aug. 9 in the Journal of Clinical Oncology​, researchers at St. Jude found that 40 percent of a group of 306 pediatric CNS cancer survivors treated at their hospital had gone on to be independent as adults.

“The hope was to better identify the degree of independence survivors attain and identify groups of childhood central nervous system tumor patients who could benefit from interventions to promote their independence, either during treatment or earlier in survivorship,” says Tara Brinkman, a psychologist at St. Jude who led the study.

Brinkman and her colleagues analyzed information on survivors of childhood CNS tumors who are part of the St. Jude Lifetime Cohort Study of long-term health outcomes. The survivors were 18 years or older at the time of the study and at least 10 years out from their diagnosis.

The researchers found that the survivors clustered into three main groups: One group, the 40 percent defined as independent, were likely to live alone or with a spouse or partner. They often had full-time employment, did not need assistance in their day-to-day lives and had driver’s licenses. Moderately independent survivors, making up 34 percent of the group, were also often employed, had driver’s licenses and could take care of their routine needs. However, unlike the independent group, they were likely to live with their parents or relatives. The remaining 26 percent were classified as nonindependent. Members of this group generally did not live alone, did not have jobs and did not drive. Many needed help with tasks like chores and shopping, and some also needed help with personal care, like eating or bathing.

“The study provides numbers to a problem that pediatric neuro-oncologists recognized many years ago,” says Malcolm Smith, associate branch chief for pediatric oncology in the Cancer Therapy Evaluation Program of the National Cancer Institute (NCI) in Bethesda, Maryland. Smith was not involved in the study.

Although radiation techniques have improved in the past 20 years, it is still dangerous for a child’s growing brain, Smith says. “The study highlights the need to find more effective, less toxic treatments to replace radiation and identify children whose treatment can be reduced without compromising their long-term chance of survival,” he says.

Smith stresses that children with cancer should be treated at specialized children’​s cancer centers so they can have access to the latest research protocols and NCI-sponsored clinical trials.

Moise Danielpour, a pediatric neurologist and neurosurgeon at Cedars-Sinai Medical Center in Los Angeles, says the study highlights that “parents need to be aware early on about the potential long-term outcomes of their child’s cancer and institute every possible measure of therapy and teaching that can help.”

Brinkman says that childhood CNS tumor survivors and their families can ask social workers or other medical professionals involved in the child’s care for help finding programs that improve physical performance and promote greater independence. Survivors of childhood cancer are four times more likely​ to be employed if they receive vocational rehabilitation that includes job search assistance and on-the-job support, which is often available to people with disabilities through state government programs.

“Understanding the impact that childhood cancer and its treatment can have on one’s life gives a person the ability to advocate for him- or herself and ensure that their primary care physician is aware of potential issues,” Brinkman says.

After treatment, Chase initially couldn’t walk, talk or eat. He had physical therapy, occupational therapy and “just about everything that there was,” says his mom, Darlene. Now he can do all of the above.

Today Chase, 21, is a high school graduate. He lives with his parents and works part-time in a hospital cafeteria. He has hearing loss in one ear and some short-term memory problems. Still, his mother says, “We’ll take it. We’re not complaining at all.”

Her advice for parents going through the aftermath of their child’s CNS cancer treatment is to do a lot of research, ask questions and get to know their child’s doctors. “Be very hands-on and involved with your child’s care and never lose hope,” she says.​​

Should All Kids With Cancer Get Genetic Testing?

Testing children with cancer for hereditary mutations could impact their treatment and provide information relevant to other family members.