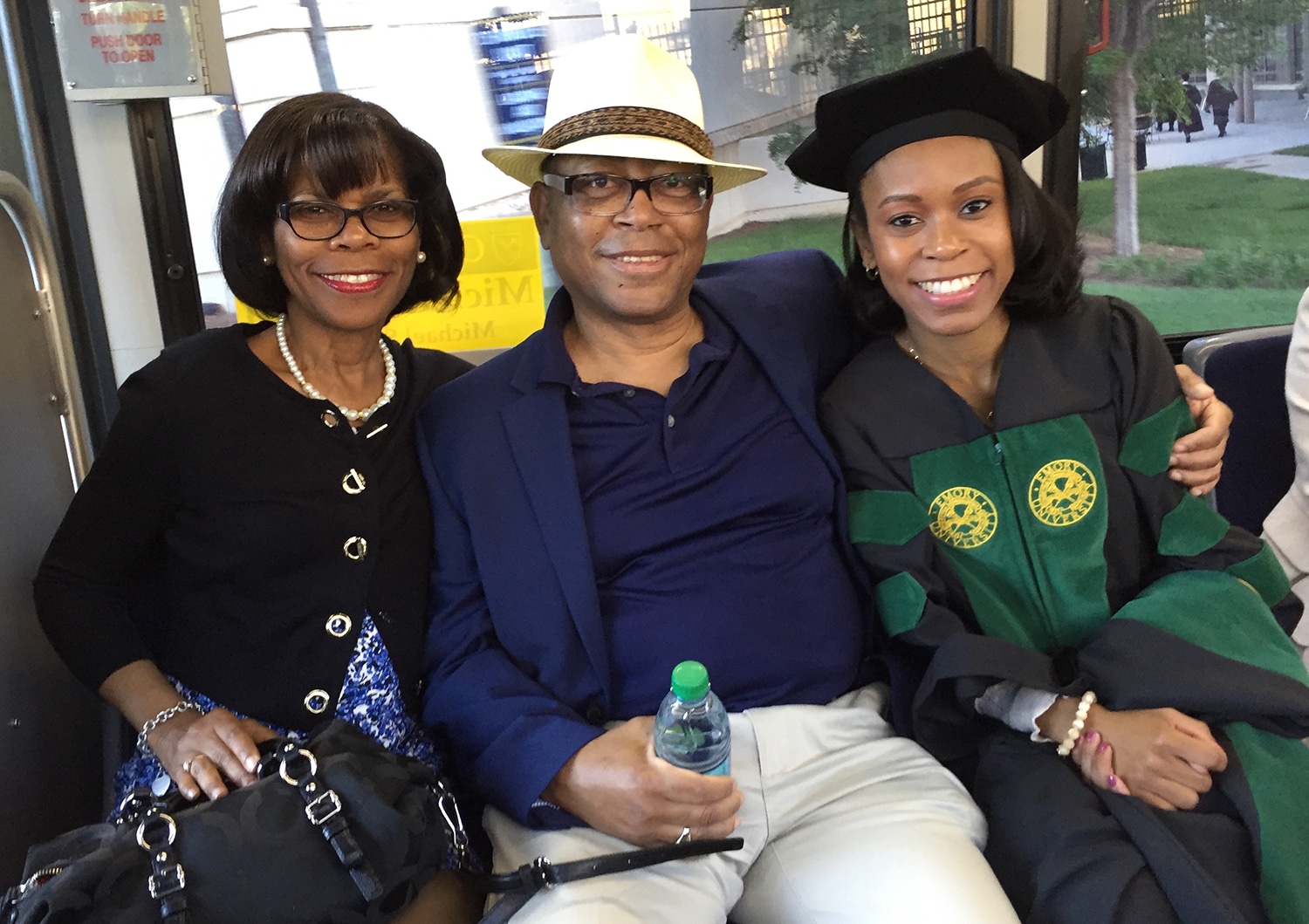 In August 1998, I entered a phase I clinical trial testing the experimental drug imatinib to treat chronic myelogenous leukemia (CML). I had been diagnosed with CML in January 1995 at age 37 and told I had three years to live unless I found a bone marrow donor, which I was not able to do. At the time of my diagnosis, I was an Army major living in Michigan with my wife and 5-year-old daughter.

During the first 16 months of my medical care, no one mentioned clinical trials as an option. In April 1996, at a bone marrow drive being held for me, another leukemia survivor suggested I try getting into a clinical trial at the University of Texas MD Anderson Cancer Center in Houston. I decided this was a viable course of action that I needed to pursue. I visited MD Anderson and tried new combinations of drugs and different experimental drugs.

When I entered the imatinib trial, I had stopped responding to all therapies, and it was eight months past my original three-year survival prognosis. I had met the clinical trial entry eligibility criteria in that I no longer responded to interferon alfa, a standard treatment for CML at the time. But by then I had moved to Atlanta, and I would need to spend extensive time in Houston for the trial. My participation would be an expensive undertaking. For three months, I lived near the study site in Houston, leaving my wife and daughter at home. After that, I kept taking the drug in Atlanta and went back to Houston every three months for medical tests, bloodwork and bone marrow aspirations. I participated in the study through 2002.

The purpose of the phase I trial for imatinib was to test the safety of the drug in humans, find the dose at which the drug should be given and possibly see any early signs of drug efficacy. I was not promised miraculous results, but the trial gave me hope of extending my life. I also knew that, at the very least, my participation could help other patients on their cancer journeys.

The clinical trial took place at three major health centers. In addition to MD Anderson, the other sites were Oregon Health & Science University in Portland and UCLA Medical Center in Los Angeles. In the first week, I had blood drawn as often as 10 times a day. Researchers wanted to learn how long the drug stayed in my system, whether it should be taken with food, how often to take it and so forth. I was given a very low dose to start, although others in the trial received higher doses to learn how much of the drug could be taken safely. I was required to keep a detailed diary recording side effects, what times I took the drug, energy levels, how I felt after eating certain foods and a host of other information. Some patients did not respond to the drug because their dose was so low, but I responded well from the start and was not taken off the drug. I’ve been taking imatinib ever since then.

More people were allowed onto the trial as it moved into phases II and III. This is when patients are most likely to enter clinical trials, yet many are hesitant because they think they will be “guinea pigs.” Many patients, especially some African Americans, are afraid they will be taken advantage of because of past unethical experiments like the infamous Tuskegee syphilis study​. Since the 1970s, however, clinical trial oversight includes regulatory and ethics committees, as well as supervision by the clinical trial team and independent boards. The truth is, in oncology clinical trials, patients receive at least the standard of care, even if they do not necessarily receive the new treatment being tested. ​

I lived about two miles from the study site of my clinical trial during my stay in Houston. I responded well enough to the treatment that I started to run or walk to the hospital. Nine months after starting the trial, in June 1999, I ran a marathon in Anchorage, Alaska. A few months after that, I cycled 111 miles in Tucson, Arizona. Both of these events raised funds for the Leukemia & Lymphoma Society to support cancer research.

In May 2001, about three years after the trial started and 6 1/2 years after my diagnosis, imatinib was approved by the U.S. Food and Drug Administration under the brand name Gleevec and became the standard treatment for CML.

My wife and I celebrated our 35th wedding anniversary in November 2019. I have been able to see my daughter grow up to finish high school and college and become a physician. This month, January 2020, I will observe 25 years since my diagnosis. To celebrate my 25th “cancerversary,” I have signed on to run the Publix Atlanta Half Marathon in March 2020. I thank my support team of family, friends, doctors, nurses, pharmacists, church members, support group members and even strangers who helped me along the way. Joining a clinical trial succeeded beyond my wildest dreams.​​​​

Melvin Mann is a cancer patient advocate living in Atlanta. He is the national community outreach coordinator for the Leukemia & Lymphoma Society’s Myeloma Link program and a volunteer for the Be The Match Marrow Donor Program.​