Doctors at cancer centers in states with record COVID-19 hospitalization rates reflect on how lessons from early in the pandemic are helping them care for patients during the current surge. 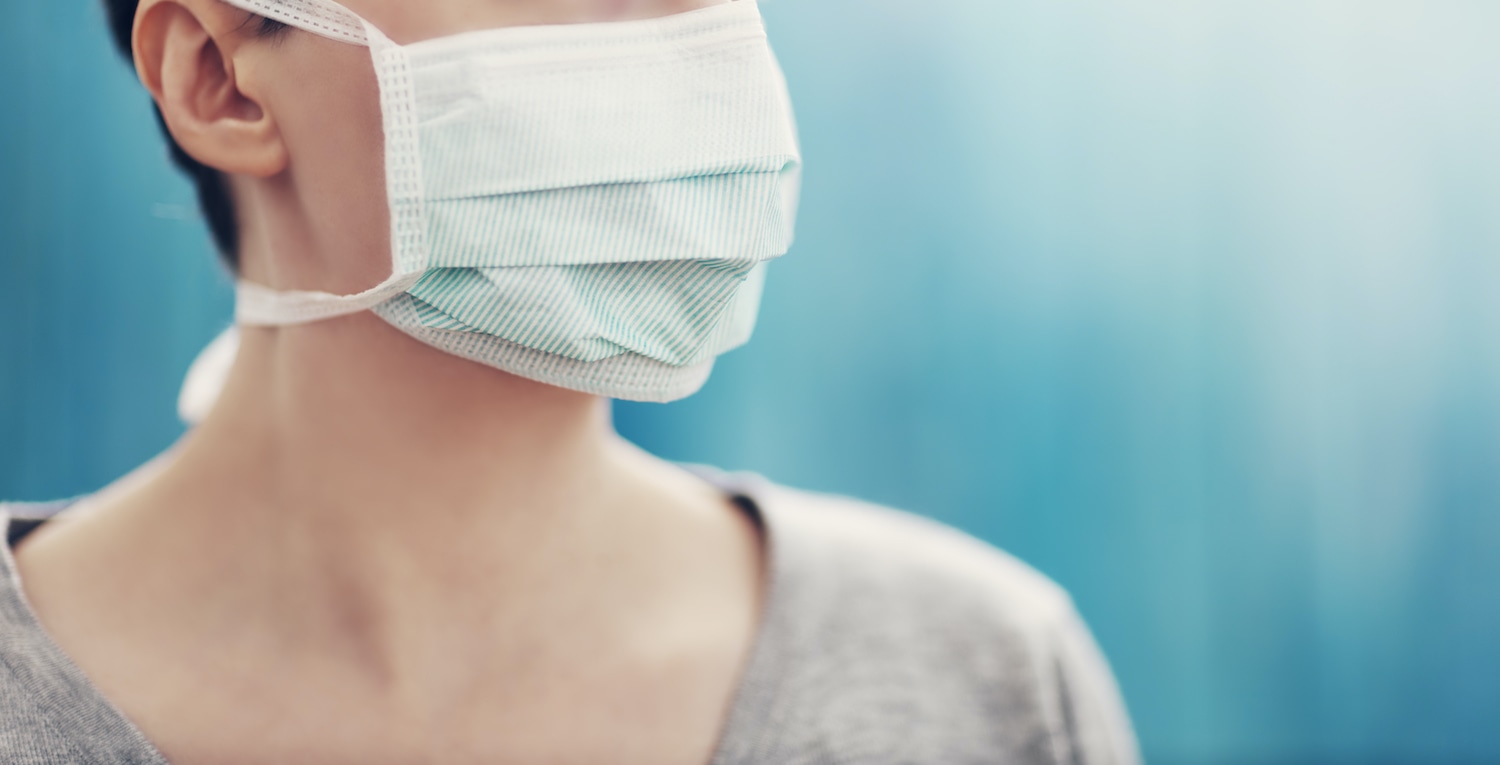 When the pandemic ​hit the U.S. early this year, cancer centers and their hospital affiliates had to scramble to figure out how to protect everyone from COVID-19 and, at the same time, care for cancer patients. In the spring, some hospitals stopped doing routine cancer screenings, tried to adjust chemotherapy and radiation regimens to reduce exposure to the virus, and canceled all but the most urgent surgeries to save personal protective equipment (PPE) and hospital beds for COVID-19 patients. Until systems for screening and testing patients for COVID-19 were in place, everyone entering the hospital or clinic posed an exposure risk, and limiting in-person services was the clearest way to reduce that risk. In limiting services, many cancer centers and hospitals were also responding to state and local government orders.

​Read more coverage here​ from Ca​ncer Today on the various impacts of the​ co​ronavirus on people with​ cancer.

​​Then, as Jill Dietz, president of the American Society of Breast Surgeons and associate professor of surgery at Cleveland’s Case Western Reserve University describes it, things got “almost back to normal,” not only in Cleveland but in many places around the country. From May to mid-June, national COVID-19 hospitalizations were falling. Hospitals did the surgeries they had postponed and resumed cancer screenings. Some doctors felt bolstered by what they learned earlier in the pandemic and were more confident that, when another surge came, their cancer centers would be better prepared.

Hospitalizations peaked nationally again in July, then fell through late September and finally began rising into the current surge. Hospitalization numbers in many states and nationwide are even higher than they were earlier in the year. Cancer Today spoke with cancer doctors in states that have experienced record hospitalizations during the current surge to find out: Are lessons learned and plans established during the first wave of the pandemic helping them to care for cancer patients now?

In many ways, the experts say, the answer is yes. Tufia Haddad, a medical oncologist at the Mayo Clinic in Rochester, Minnesota, told Cancer Today in an interview on Nov. 18 that much of what led to the original pause in non-emergency cancer surgeries was the need to conserve PPE for health care workers caring for COVID-19 patients and also to establish protocols for screening patients for signs of COVID-19. With screening procedures in place and less concern over the supply of PPE, hospital capacity is now the factor that could potentially limit cancer surgeries, she said. “I think there’s a lot of effort to try and control transmission of the virus without shutting down.”

Dietz said in an interview on Nov. 20 that breast cancer treatment in Ohio was continuing as usual, with the exceptions of modifications like virtual visits, visitor restrictions and using hormone therapy, rather than surgery, to treat some breast cancer patients at very high risk for COVID-19. However, she warned that the rising level of COVID-19 cases could have an impact on cancer care. “My guess is, it won’t be long, if the surge continues, before we’re getting the priorities paper back out and trying to weigh the risks and benefits of exposure to the virus with the treatment of cancer,” she said, referring to recommendations she co-authored early in the pandemic on how to triage the treatment of breast cancer patients when it’s impossible or unsafe to treat them all.

On top of the increased availability of PPE, one major difference between the spring and now is that clinics and hospitals have established procedures for screening and testing cancer patients for COVID-19. At the Markey Cancer Center in Lexington, Kentucky, cancer patients are screened for COVID-19 symptoms before they visit the clinic or hospital, explained gynecologic oncologist Frederick Ueland, director of clinical operations, in an interview on Nov. 19. If they report symptoms, they’re asked to get tested. Patients receiving inpatient surgery or any procedure that could release aerosols into the air, such as an endoscopy, take a COVID-19 test before the procedure, he added. Those who test positive have to self-isolate for two weeks. Other cancer centers and hospitals have similar testing and screening procedures.

Ueland said that he and his colleagues have learned from experience what procedures work best. For instance, originally, the center screened cancer patients for COVID-19 symptoms in the lobby on their way in. But patients were lining up in the lobby, which was not conducive to maintaining distance between people. “The idea was, if you can screen patients or their family members before they get to the actual clinic waiting room, it might be a little safer, but in reality, it really wasn’t,” Ueland said. “So what we did was [begin] phone screening patients” the day before their visit, he continued. Staff also screen patients in clinic waiting rooms, where people are well-distanced.

Another common infection control measure—restricting visitors from hospitals and cancer clinics—has taken more of a toll. “When the caregivers are not there, it exposes this gap that is really tough on everybody, especially the patient,” said John DiPersio, deputy director of the Siteman Cancer Center in St. Louis, in an interview on Nov. 20. At the beginning of the pandemic, patients at the Barnes-Jewish Hospital, with which the cancer center is affiliated, were not allowed any visitors. Now, cancer patients at the hospital are allowed one visitor. DiPersio worries that the current rise in COVID-19 cases could lead to reinstatement of the no-visitor policy.

The current surge has already led to increased visitor restrictions at the Markey Cancer Center, Ueland reported. The cancer center, which is part of the University of Kentucky (UK) Healthcare system, follows a COVID-19 response policy that defines four levels of surge, with level 4 being the highest. The levels are based on the number of hospitalized COVID-19 patients. On Nov. 20, according to Ueland, the UK Healthcare system reached surge level 2, meaning that patients can no longer bring any visitors to outpatient clinic visits. Now cancer patients in the hospital can have a single visitor during the day only, whereas at surge level 1, the one visitor could also stay overnight, Ueland said.

Avoiding Delays to Screening and Treatment

Doctors are also concerned about the prospect of delays to cancer screening and care. Delaying cancer screenings means taking a chance that cancer will grow undetected, and levels of cancer screening have decreased during the pandemic. Some of the reduction comes from hospitals shutting down screenings for a time, but another contributor, Dietz said, is that patients are skipping screenings to reduce their exposure to the coronavirus. “To this day, the number of women getting screened [for breast cancer] has not returned to normal. And it’s really worrisome for us as physicians, and I think that’s only going to get worse as places surge across the country,” Dietz said.

DiPersio is also concerned about screening declines. “Now the worry I have is that again there’s going to be a reduction in these elective screening procedures,” he said. “[Screening] was probably impacted more than anything” in the early part of the pandemic.

Similarly, some surgeries and other treatments can be postponed, but delaying cancer treatment can be problematic, according to Ueland. “Delaying cancer care can be harmful to the patient, so we have gone out of our way to make sure that we can safely continue to deliver the care that [patients] need so that their outcomes are as good as they can possibly be,” he said.

Early in the pandemic, cancer centers and professional societies came up with triage systems for deciding who would be given priority when not everyone could have surgery. Such systems were certainly not in place pre-pandemic, Haddad said. “I don’t think any of us were prepared for a time where our operating rooms would have to substantially decrease capacity for a pandemic. I am not aware of any other cancer center, honestly, that had these types of procedures in place prior to the pandemic. But teams worked furiously, day and night, every day to very rapidly develop these,” Haddad said.

In the triage system Dietz helped develop for breast cancer patients, for example, priority A patients have life-threatening emergencies that must be treated immediately. Most breast cancer patients fall into priority B, Dietz said, which means treatment for their conditions can be delayed but should be done before the pandemic ends. Priority C patients have conditions whose treatment can be delayed until after the pandemic without any risk to survival. Or so Dietz and her colleagues wrote in April, not knowing when the pandemic might end. In practice, very few places delayed treatment for priority C patients by more than a month or two, according to Dietz.

DiPersio of the Siteman Cancer Center provided reassurance that while the cancer center did delay some elective treatments in the first part of the pandemic, doctors “never delayed treatment or stopped treatment on anybody who needed it.” On Nov. 15, Barnes-Jewish Hospital published a notice​ saying that some elective surgeries would be suspended effective the following day, but DiPersio said cancer patients would continue to get the care they need. “Anybody that has a cancer that needs to be removed, they’re not being delayed,” he said.

“Because we have those decision trees in place now, they will be leveraged if needed during the current surge,” said Haddad, referring to the plans cancer centers and others drew up early in the pandemic. “But our hope, again, is that they will not be needed. Because some of those limitations we had back in in March and April are not present at the current time.”