April 17: The Week in Cancer News

A study shows that antibiotic use prior to starting immunotherapy for melanoma is associated with decreased survival, and the Food and Drug Administration approves a treatment for advanced HER2-positive breast cancer. 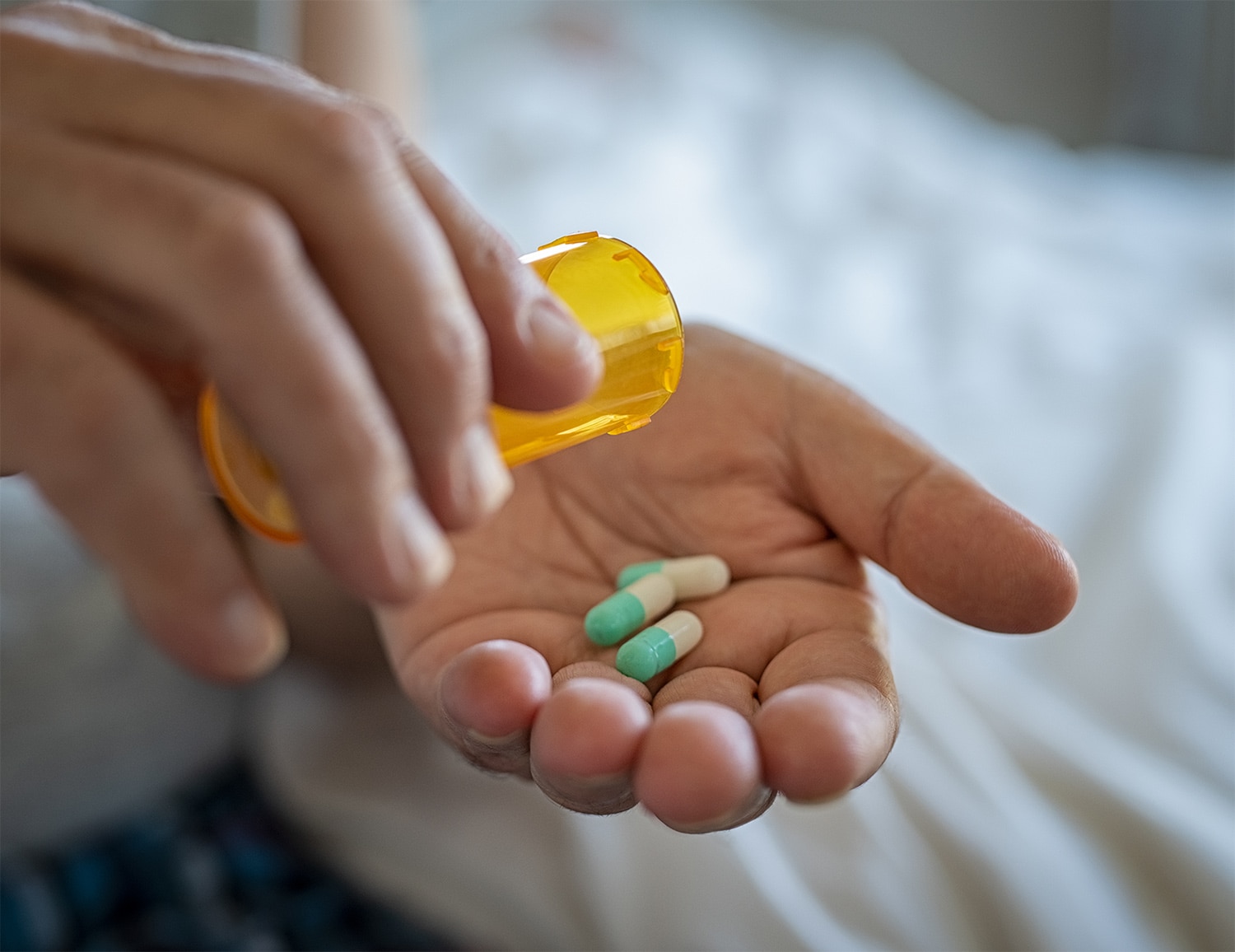 Antibiotic Use and Immunotherapy

Antibiotic use in the three months before starting an immune checkpoint inhibitor to treat melanoma is associated with decreased survival, according to a study published April 15 in the Journal of the National Cancer Institute. Researchers analyzed data on 568 melanoma patients who were treated with immune checkpoint inhibitors between 2008 and 2019, 114 of whom received antibiotics in the months leading up to starting the therapy. They found significantly decreased survival for patients with both stage III and IV disease who took antibiotics. The researchers also found that patients who took antibiotics were more likely to develop an immunotherapy side effect called immune-mediated colitis, in which the colon becomes inflamed due to the immune system attacking the patient’s own healthy tissue. “Given the large number of antibiotics prescribed annually, physicians should be judicious with their use in cancer populations likely to receive [immune checkpoint inhibitors],” the researchers write.

When a Cancer Patient’s Family Member Gets COVID-19

There are concerns that people with cancer are at increased risk of severe cases of COVID-19. What happens when a family member of someone with cancer gets sick? In an essay addressed to her husband published April 13 in the New York Times, Lisa J. Wise writes about her husband’s time isolating himself from her after developing suspicious symptoms. Wise has had Waldenström macroglobulinemia, a blood cancer that is treatable but incurable, for a decade. So as soon as her husband realized he had a fever, he shut himself in the couple’s bedroom. He later tested positive for the coronavirus. His isolation would last 18 days. Wise and the couple’s children brought him food on disposable products. “I miss you. But I am afraid of you,” Wise writes. “You’re typically the picture of health—if this virus gives you a run for the money, what would it do to me?”

A Trio of FDA Approvals

The Food and Drug Administration (FDA) on April 17 approved the targeted therapy Tukysa (tucatinib) for patients with HER2-positive breast cancer who have already tried at least one other treatment targeting HER2 to treat their advanced disease. The drug is approved in combination with the HER2-targeted therapy trastuzumab and the chemotherapy drug capecitabine. Patients with brain metastases were included in the study that serves as the basis for the new approval, and the drug combination improved outcomes for these patients. Earlier this week, on April 15, the FDA also approved Jelmyto (mitomycin), a gel formula of a chemotherapy drug, for patients with low-grade upper tract urothelial cancer (UTUC). Most urothelial cancers forms in the bladder, but UTUC forms in the lining of the kidney or the ureter, a tube connecting the kidney and the bladder. Jelmyto is delivered directly to the urinary tract using a small tube. Finally, the FDA on April 10 approved Koselugo (selumetinib), a treatment for children with neurofibromatosis type 1 who develop​ inoperable t​umors.​​​