In a new book and on her New York Times blog, author Susan Gubar chronicles her experiences living with metastatic cancer.

For Susan Gubar, writing has always given context to reality. So it should come as little surprise that when Gubar, an award-winning distinguished professor emerita of English at Indiana University in Bloomington, was diagnosed with metastatic ovarian cancer in November 2008, she gave voice to her own experience through writing. 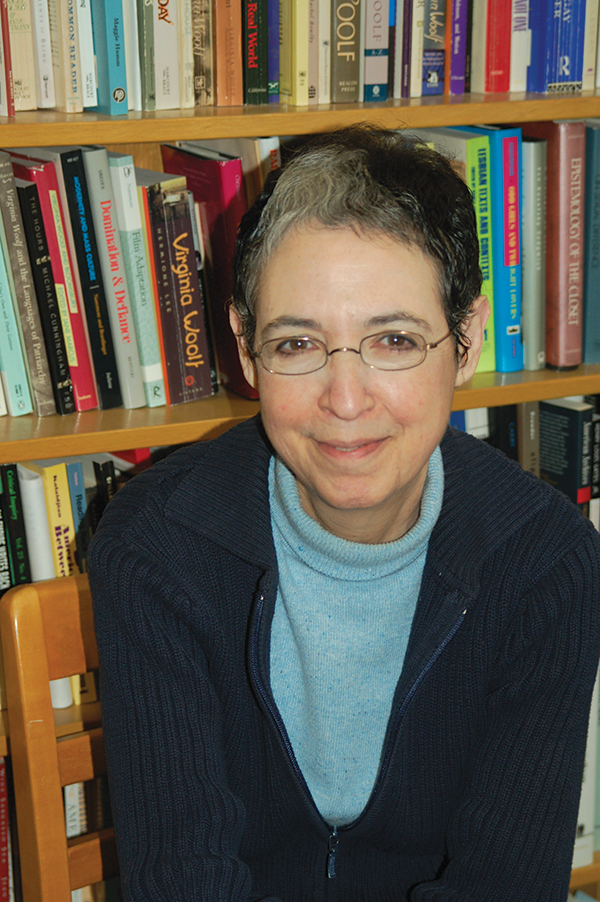 Her book, Memoir of a Debulked Woman: Enduring ovarian cancer, published in 2012, candidly chronicles her cancer treatment. This included a radical debulking surgery—the removal of her ovaries, uterus, appendix, fallopian tubes and part of her intestine—to rid her body of as much cancer as possible.

Gubar, 68, is well aware of her mortality. Ovarian cancer, which has subtle symptoms such as bloating and pelvic pain, is often diagnosed at a late stage, and five-year survival rates for this type of cancer have remained largely unchanged for four decades. Women diagnosed with ovarian cancer in 1975 experienced a five-year survival rate of 36 percent; today, the American Cancer Society estimates the rate to be 43 percent.

Gubar retired from teaching in December 2009, because of complications from her surgery. However, she still reads voraciously, focusing on memoirs about the human condition. She also writes a New York Times blog called Living With Cancer that captures the moments of her uncertainty, joy and tribulation as she navigates life with a late-stage cancer diagnosis. In her blog posts, she discusses her decision to take part in a clinical trial and her experiences with her cancer support group and her doctor. After three recurrences and three cycles of chemotherapy, Gubar began participating in a phase I clinical trial using a targeted drug in August 2012.

Cancer Today recently spoke with Gubar about her career, her mortality and her advice on writing about cancer.

CT: Did you ever think you would write a memoir?
GUBAR: I didn’t think I ever would write a personal book. I know that scholarship is personal in motivation. I was excited to be a part of feminist literary criticism. I was writing about other women writers. But this really is a marked change for me. It’s really much more personal.

CT: Why did you write Memoir of a Debulked Woman?
GUBAR: I was motivated to do it almost as a kind of survival mechanism. I was so traumatized and shocked by the diagnosis. After the surgery, I would scribble notes on the hospital napkin so I could remember what I was going through. These were visceral responses. It wasn’t until later, when I was going through chemotherapy, that I tried to organize my thoughts. Then, the writing became a lifeline.

CT: What do you recommend for people who want to write about their experiences with cancer?
GUBAR: It’s a wonderful thing for people to do even if they don’t intend to publish. It helps you understand. It also can help heal some of the psychological damage. I think most writers would give the same advice, which is to write every day.

CT: What are your thoughts on the rise of memoirs about illness and portrayals of cancer in mainstream media?
GUBAR: There is much more honesty than before. I read memoirs avidly. And I do find myself very caught up in movies and television shows [that discuss terminal illness]. I’m interested in the ways in which people psychologically deal with the limits imposed on their lives, but also the opportunity [cancer gives]. ” … Certainly accidents and horrible catastrophes, [like] tornados and tsunamis, don’t give you any opportunity to come to terms with your own mortality. So even though it’s odd to think about it, cancer is a disease that does give you the opportunity to come to terms with your sense of your own life and your impending death.

CT: What are you looking forward to?
GUBAR: The blog I write is called Living With Cancer, so part of what I am looking forward to is living—and that means I visit my grandchildren or they visit me, and my kids come and I cook for them. It means that I still have a few graduate students who I work with. I’m also hoping the targeted therapy works for a bit longer.

I find, these days, the thought of [writing] a large book seems daunting to me. I really enjoy the shortness of 800-word blogs, where you can center on one sort of emotion. And what I also love about blogging is that people respond. And I find those responses incredibly moving and helpful.

I just read a study about how people prioritize when they have a certain amount of time left with cancer. [Another] study suggested that people who believe that they can be cured suffer the most depression. Not every cancer is a death sentence, of course. But if you have an advanced form of a dire disease, I do think there is some benefit to coming to terms with the fact that you are incurable and then dealing with the repercussions of what you have left, and what to make of what you have left. I would rather focus on my family and on enriching my subjective being than whether or not I’m going to be cured. I’m taking for granted at this point that late-stage disease means that it is going to be terminal eventually. I am not terminal now, but I feel as if it helps me to think of myself as incurable.