Black tea consumption may be associated with a reduced risk of ovarian cancer. 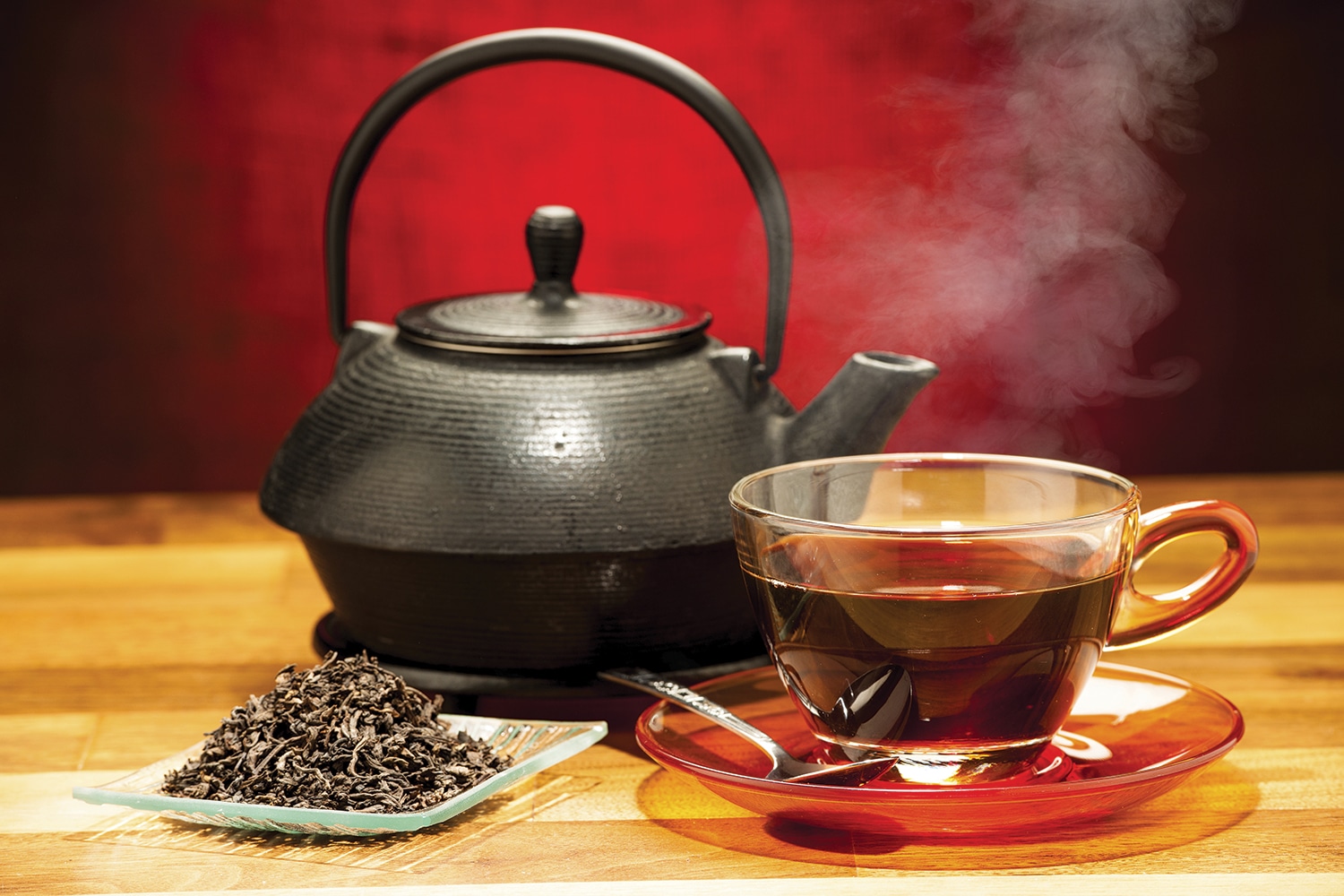 Enjoying a cup of hot tea with a friend may offer a relaxing way to catch up, but recently published research indicates a daily cup of black tea may also help women reduce their risk of ovarian cancer.

A study in the November 2014 American Journal of Clinical Nutrition found drinking a cup or more of black tea daily was associated with a reduced risk of developing epithelial ovarian cancer, the most common type of the disease. The findings were based on food frequency questionnaires of close to 172,000 women who took part in the Nurses’ Health Study (NHS) and NHS II and whose responses were tracked for 16 to 22 years.

Learn about this plant-made chemical.

Researchers believe the antioxidant properties in flavonoids may be able to reduce damage to a cell’s DNA, which can trigger the uncontrolled cell growth that causes cancer. In addition, flavonoids can inhibit growth factor receptors, which may slow cell growth and proliferation, induce cell death, stop the formation of blood vessels that tumors need to survive and promote DNA repair in cancer cells that are already damaged.

“Tea contains a range of bioactive ingredients that may reduce cancer risk,” says Aedin Cassidy, who co-led the study and heads the department of nutrition at Norwich Medical School of the University of East Anglia in the United Kingdom. Cassidy attributes the finding to tea’s high concentration of various bioactive ingredients called flavonoids.

Getting the Most From Tea

Tea provides rich sources of two subclasses of flavonoids, called flavan-3-ols and flavonols. Black teas have the most flavonoids, followed by green tea and oolong teas. However, the decaffeination process can cut the concentration of flavonoids substantially in these beverages.

The study did not find an overall reduced risk associated with diets high in flavonoid-rich foods. However, those who reported the most consumption of two subclasses of flavonoids—flavonols and flavanones—had a 29 percent and 28 percent decreased risk, respectively, of ovarian cancer when compared with the group that reported the least consumption of these flavonoid subclasses. Tea is a rich source of flavonols, while flavanones are found in citrus fruits, such as oranges and lemons.

Other research has suggested that tea is associated with a reduced risk of ovarian, breast, prostate, colon and lung cancers. However, findings are often mixed. For example, a review of studies published in 2011 in Molecular Nutrition and Food Research found a reduced risk for ovarian cancer among green tea drinkers but not among black tea drinkers. “Our study is an interesting first step, but more work needs to be done to confirm [whether there is a true link],” says Cassidy.

Diagnosed with two cancers prior to turning 40, Rebecca Esparza uses her voice to advocate for policy changes to help people affected by cancer.