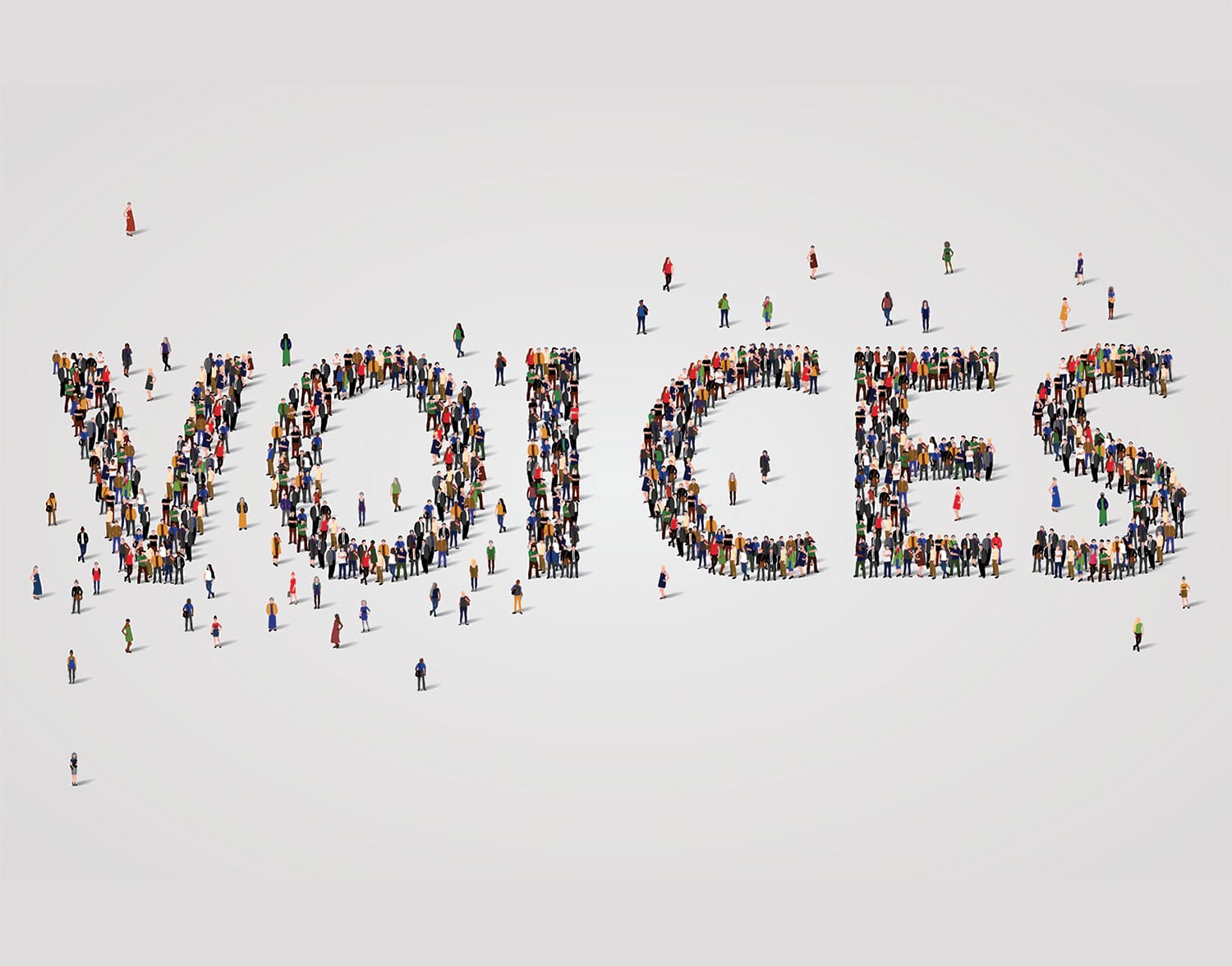 ON SUNDAY, APRIL 12, 2015, at 10:45 a.m., 108 women and men lay down shoulder-to-shoulder on the floor of a hallway in the Loews Philadelphia Hotel. They were participating in a “die-in” to raise awareness of metastatic breast cancer. Many had been up until 3 a.m. spreading the word about the action among fellow attendees at Living Beyond Breast Cancer‘s (LBBC) ninth annual metastatic breast cancer conference.

As they blocked the hall, words written by Beth Caldwell, a woman living with metastatic breast cancer, were read aloud: “Dearly beloved, we are gathered here to say our goodbyes to the 108 Americans who will die of metastatic breast cancer today, and every day, because there is no cure for our disease. They are our friends, our mothers, our daughters, our sisters, and they deserve better. They deserve a cure, and we honor their memory by demanding it, not someday, but now. And now, let’s have a moment of silence for those 108 women and men who are no longer with us.”

That moment of silence gave way to tears—and to a new activist group, MET UP.

Over the past 15 years, the voices of people living with metastatic breast cancer have become louder and more urgent. Social media—Facebook, Twitter and personal blogs—have made it easier for these women and men to meet and organize. Many of these advocates fully expect to die of their disease. When breast cancer is metastatic or stage IV, it means it has spread from the breast to other parts of the body. There is no cure. About 40,000 women and men in the U.S. die of the disease every year. These advocates have chosen to use the time they have to draw attention to the needs of patients like them who are living with and dying of metastatic breast cancer.

Susan Rahn took part in that first die-in in Philadelphia. Rahn, of Rochester, New York, had been diagnosed with breast cancer two years earlier, at age 43. About 6 percent of U.S. women who learn they have breast cancer each year have “de novo” metastases—meaning their cancer is metastatic at diagnosis. Rahn is one of them. She says the diagnosis explained the pain she’d been feeling in her lower back and ribs—that’s where the cancer had spread from her right breast. But she couldn’t find an answer to her biggest question: How did this happen? Her mother had been diagnosed with stage I breast cancer at age 72 and had been treated with a lumpectomy and radiation. That’s how Rahn thought breast cancer was supposed to go. The more she learned, the more alarmed she became. “I was like, wow, all of these people die every year. Why isn’t anyone talking about this?”

Breast Cancer Awareness Month was launched in October 1985, with the aim of educating women about early breast cancer detection through breast self-exam and mammography—the screening test first recommended in 1980. By the early 1990s, pink ribbons and products had taken hold, and walks and runs to raise money for breast cancer research were common. Amid the celebration of survivorship, many metastatic breast cancer patients felt overlooked.

That feeling of being excluded led two women with metastatic breast cancer, Jane Soyer and Nina Schulman, to start a nationwide patient support organization called the Metastatic Breast Cancer Network (MBCN) in 2004. Three years later, Dian “CJ” Corneliussen-James started a support group in Annapolis, Maryland, for metastatic patients like herself. The group grew into Metavivor, an organization that funds metastatic breast cancer research and provides support to people living with the disease. In 2009, nine MBCN members went to Capitol Hill, where they lobbied successfully to have Oct. 13 named Metastatic Breast Cancer Awareness Day. Soyer and Schulman’s work helped lay the groundwork for the lobbying effort, but neither woman was there in 2009. Soyer died in 2005; Schulman in 2008.

Catherine Williams, of Oakland, California, took part in a die-in in 2016, just five months after having been diagnosed with de novo metastases at age 40. It was her realization, she says, that “we don’t fit in with the pink party” that led her to get involved, and she’s been part of MET UP ever since. Williams, who worked for years as a fundraiser in higher education, says she “never imagined I’d be at a protest carrying a sign that read ‘I’m not dead yet. Please invest in me.’”

MET UP was founded by Caldwell and Jennie Grimes, who was also living with metastatic breast cancer. It was modeled after the activist group ACT UP, which began staging demonstrations in 1987 to draw attention to the AIDS crisis. Some breast cancer advocates were put off by MET UP’s edgy, in-your-face statements. Williams initially didn’t tell others she was involved. “I felt worried I’d be judged or that people would try to blackball me from other advocacy opportunities,” she says. “But now I don’t care.”

In November 2013, as it marked its one-year anniversary, the Metastatic Breast Cancer (MBC) Alliance, a group composed of nonprofits, pharmaceutical companies and individual advocates, launched its first initiative: an assessment of the current state of metastatic breast cancer research, support and awareness. The report, Changing the Landscape for People Living with Metastatic Breast Cancer, which was released in October 2014, analyzed 224 clinical trials, 2,281 funded research grants, 7,900 patient responses to surveys and 175 quality-of-life and epidemiological studies. “We pulled from grant databases from the NIH [National Institutes of Health] and manually coded each one,” says Marc Hurlbert, chief mission officer of the Breast Cancer Research Foundation and chair of the MBC Alliance. “What we found is that only 7 percent of funding and awards were specifically focused on metastatic breast cancer.”

Applying for program grants typically entails documenting the extent of the problem that needs to be addressed. But no one knows exactly how many people are currently living with metastatic breast cancer. Breast cancer patients with de novo metastases are included in the National Cancer Institute (NCI) Surveillance, Epidemiology and End Results (SEER) Program statistics because their initial diagnosis is stage IV. But SEER does not track how many women and men with an initial early-stage diagnosis later have a stage IV recurrence.

In 2016, the MBC Alliance joined with the NCI’s SEER Program and the Fred Hutchinson Cancer Research Center in Seattle to try to use the statistics that were available to determine the prevalence of metastatic breast cancer. The resulting study, published in the June 2017 Cancer Epidemiology, Biomarkers & Prevention, estimated that about 155,000 women in the U.S. were living with metastatic breast cancer. Three out of four had initially been diagnosed with early-stage breast cancer; one in four had de novo metastases.

Although the numbers are only estimates, they were the first hard data patients could use to support calls for more dollars for metastatic breast cancer research. “At the end of the day,” says Fairchild, now 39, research “is what we want.” This includes not only research for patients but research projects developed by patients.

Michael Kovarik of Greenwich, New York, was diagnosed with early-stage breast cancer in 2007. He learned his cancer had returned and was metastatic, in 2015. At the time of his initial diagnosis, he says, metastatic disease had never crossed his mind. “I really felt like it was just ‘kill the cancer and then you won’t have to worry about it again.’ No one talked about metastases. No one told me that about 30 percent of people with early-stage breast cancer will go on to have metastases. It was a shock.”

Kovarik’s first inclination was to learn more and to help others. In 2016, he attended a conference held by the Dr. Susan Love Research Foundation that aimed to improve the quality of life of metastatic patients. Later that year, he attended LBBC’s breast cancer conference, and in 2017, he went to Metavivor’s second annual Stage IV Stampede, a Capitol Hill lobbying day held each October in conjunction with Metastatic Breast Cancer Awareness Day. In January 2018, he joined Metavivor’s board of directors. His advocacy, he says, encourages him “to live each day with an even deeper purpose. We need to get the word out about what it is like to live with metastatic breast cancer. It is important to have someone on this journey on every research advisory panel.”

Elaine Prejean of Houston feels the same way. Prejean was first diagnosed with breast cancer in August 2008 at age 51. In March 2015, she learned the cancer had returned and spread to one lung. That was the first time, says Prejean, that she’d ever heard the word “metastases.” At a recent prayer breakfast, she met a young woman who was newly diagnosed with breast cancer. She, too, “had never heard of metastatic,” Prejean says. “It is just tragic. Language, I feel, is vital to how we connect and explain our journeys, and we need people to get involved and share their experience being metastatic and use that word.”

Advocacy can provide camaraderie and community for many patients with metastatic breast cancer. It’s also a never-ending lesson in loss. Beth Caldwell, whose words reverberated down the hall of the hotel at the demonstration in Philadelphia, died on Nov. 2, 2017. Eleven of Metavivor’s 12 former board members have died. On social media, friends and family members post news of other deaths daily.

For Prejean, now 61, the wounds from the recent deaths of good friends are still raw. One friend, April Hines, whom Prejean first met at an LBBC metastatic breast cancer conference, died in March 2018. “She was doing so good,” says Prejean, through tears. “That’s the hard part. Thinking your friend is going to be around.”

In 2014, Rahn started a blog, stickit2stage4.com, to both raise the profile of metastatic breast cancer and to document her story for her son, who was then in high school. The following year she joined MET UP. Nothing she’d done previously had led her to think she’d one day be an activist. Now, she can’t imagine her life any other way. “My anger pushed me to step out of my comfort zone,” she says. “I raised my son myself since he was 4, and I’ll be damned if I leave this earth and leave him alone without kicking and screaming along the way.”

Sue Rochman, a medical journalist based in San Francisco, was formerly a contributing editor of Cancer Today.