Two studies identify genetic mutations that could predict the risk of an aggressive blood cancer up to a decade before it is diagnosed. 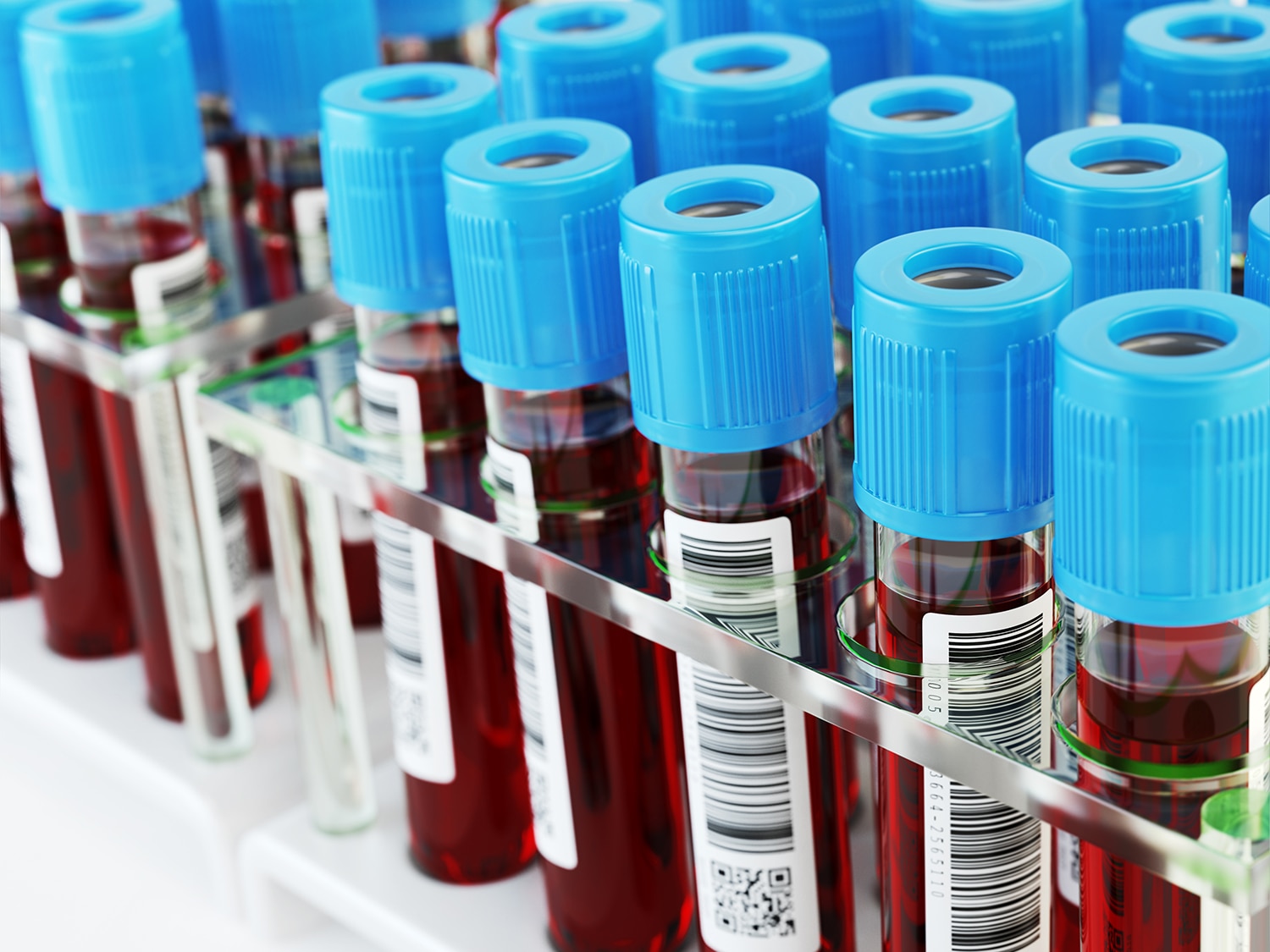 A long-standing goal of cancer research is to identify individuals at high risk for cancer. These people could then be closely monitored and diagnosed early, increasing their odds of living longer. Or better yet, researchers could develop treatments​ that would prevent patients at high risk from developing cancer in the first place.

Toward this goal, two studies published July 9 in Nature and Nature Medicine have identified genetic mutations that are present in people’s blood cells up to a decade before they develop acute myeloid leukemia (AML) symptoms and are diagnosed with the disease. These genetic changes, according to the researchers, likely represent the initial steps normal blood cells take as they transform into cancerous cells in an individual.

AML is a form of blood cancer most often diagnosed after age 65. Symptoms tend to come on suddenly. According to the American Cancer Society, in 2018, there will be about 19,520 new cases of AML and about 10,670 patients will die of the disease in the U.S.

“AML has been considered an unpredictable and unpreventable disease, and there is currently no AML screening approach in clinical practice,” says Koichi Takahashi, a hematologist at the University of Texas MD Anderson Cancer Center in Houston who was not involved in either of the studies. Both study groups show that screening for AML by analyzing genetic mutations in blood “may be on the horizon,” he adds.

The team found that some mutations were more important than others in raising AML risk. Certain mutations almost always led to AML among the participants in the study.

“It is astounding that we could detect mutations that could tell us that an individual is at much higher risk of developing AML a decade before their diagnosis,” says study author Pinkal Desai, an oncologist at NewYork-Presbyterian/Weill Cornell Medical Center who specializes in the treatment of leukemia. “AML is supposed to be a sudden disease and here, in some cases, we have a decade-long window to figure out of how to use this genetic information to monitor these individuals and potentially intervene.”

In the second study, published in Nature, researchers at the Princess Margaret Cancer Centre in Toronto along with an international team of colleagues conducted a similar analysis on blood samples of 124 individuals who went on to develop AML six to ten years later and compared these to 676 age-matched healthy individuals without AML. The team identified mutations in certain AML-related genes among 73.4 percent of the pre-AML samples, compared to 36.7 percent of the healthy controls.

Importantly, both studies could distinguish between the gene mutations linked to a high risk of AML versus non-significant mutations that normally accumulate in blood cells as people age. This accumulation of mostly benign mutations is called “clonal hematopoiesis.”

For the results to ultimately be useful in the clinic, researchers will need to test this screening approach in large, randomized trials, says Desai. These trials will also need to incorporate possible AML prevention strategies that could help high-risk patients. And there are obstacles to screening patients for genetic mutations that increase the risk of AML, including the cost of DNA sequencing.

According to John Dick, an author on the Nature study and a senior scientist at Princess Margaret Cancer Centre, screening everyone in the population to determine their risk of AML is likely not feasible, as this would generate too many false-positive results. Rather, he says that he and his colleagues have developed a way to test patients’ blood for signs of abnormalities without using genetic sequencing. Patients whose blood has certain characteristics—determined by measuring things like blood cell counts and red blood cell width—would then be flagged for genetic sequencing.

Says Takahashi, “Lots of work still needs to be done, but these studies have made a great first step towards genetic sequencing-based prediction of AML.”​