January 6: The Week in Cancer News

Cancer patients have an increased risk of breakthrough COVID-19 infections, and CAR T-cell therapy is safe for lymphoma patients with HIV. 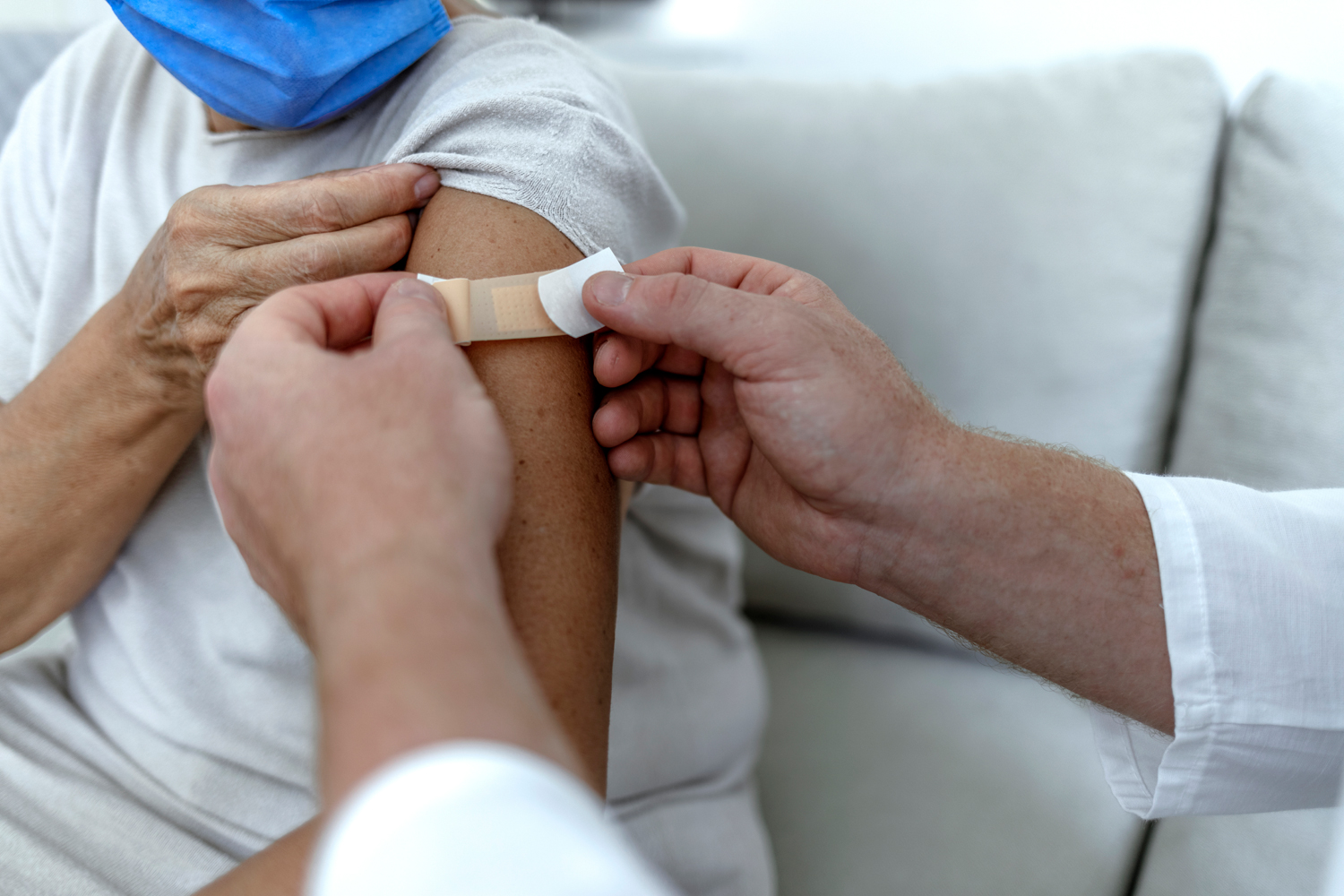 Among people vaccinated against COVID-19, those with cancer have a greater risk of a breakthrough infection compared to people without cancer, according to the results of a new study. Researchers used antibody testing to analyze the level of antibodies patients produced after receiving the vaccine. Among 225,272 people without cancer, only 0.13% of tests displayed no detectable antibodies compared with 4.68% of tests from 3,555 cancer patients. Patients with leukemia, lymphoma or stage IV cancer of any kind and those undergoing systemic therapy such as chemotherapy were the most likely to have an undetectable antibody level. Researchers also found people who had received a booster dose of the vaccine had significantly more antibodies than those who had received just the two doses for their initial vaccination. The cancer patients who had no detectable antibodies were more than twice as likely to experience a breakthrough infection and nearly six times as likely to be hospitalized due to COVID-19 compared with cancer patients with a detectable antibody level, MedPage Today reported. “Findings suggest that vaccines and antibody testing are key components of a comprehensive strategy to protect the most vulnerable oncology patients during the ongoing COVID-19 pandemic,” Michael Hoerger, a clinical health psychologist at Tulane Cancer Center in New Orleans, and co-authors wrote in an editorial accompanying the study.

A new study found that chimeric antigen receptor (CAR) T-cell therapy appears to be safe and effective for patients with HIV diagnosed with non-Hodgkin lymphoma—the most common cause of cancer-related death among people with HIV. CAR T-cell therapy, which involves genetically engineering a patient’s T cells to target cancer cells before returning them to the bloodstream, has been increasingly used as a second- or third-line treatment for certain blood cancers. However, patients with HIV are not eligible to participate in CAR T-cell therapy clinical trials or receive certain approved therapies due to fears about how the treatment may impact an immunocompromised patient. The study involved 27 patients with HIV who had B-cell non-Hodgkin lymphoma and received chemotherapy followed by an infusion of CAR T-cell therapy. After six months, patients had a 58% progression-free survival rate and a 63% overall survival rate—results comparable to those of patients without HIV who received the same treatment. Researchers presented interim results at the American Society of Hematology Annual Meeting, which was held Dec. 10-13 in New Orleans. “Although HIV-associated non-Hodgkin lymphoma has become rarer in the United States, it is still very common in middle income countries, and we will need to think of ways to make these therapies more available in [those locations],” Stefan Barta, the study’s lead author and director of the T-cell lymphoma program at the Abramson Cancer Center in Philadelphia, told Healio.

The Food and Drug Administration (FDA) has approved Lunsumio (mosunetuzumab-axgb) for patients with relapsed or refractory follicular lymphoma who have previously tried two other therapies. Lunsumio is a bispecific antibody—meaning it is designed to bind to two different antigens—that targets antigens on both B and T cells, causing the T cells to attack cancerous B cells. The FDA based the drug’s approval on results of a phase II clinical trial involving 90 patients with follicular lymphoma, OncLive reported. The study found 80% of patients exhibited an objective response, with a median response duration of 22.8 months. Additionally, 60% of patients achieved a complete response. Researchers presented results at the American Society of Hematology Annual Meeting, which was held Dec. 10-13 in New Orleans. The FDA granted approval Dec. 22 through its accelerated approval process, which requires long-term studies to confirm the results. “This approval is a significant milestone for people with relapsed or refractory follicular lymphoma, who have had limited treatment options until now,” Elizabeth Budde, an author on the study and a hematologist-oncologist at City of Hope in Duarte, California, said in a press release.

January 6: The Week in Cancer News

Cancer patients have an increased risk of breakthrough COVID-19 infections, and CAR T-cell therapy is safe for lymphoma patients with HIV.