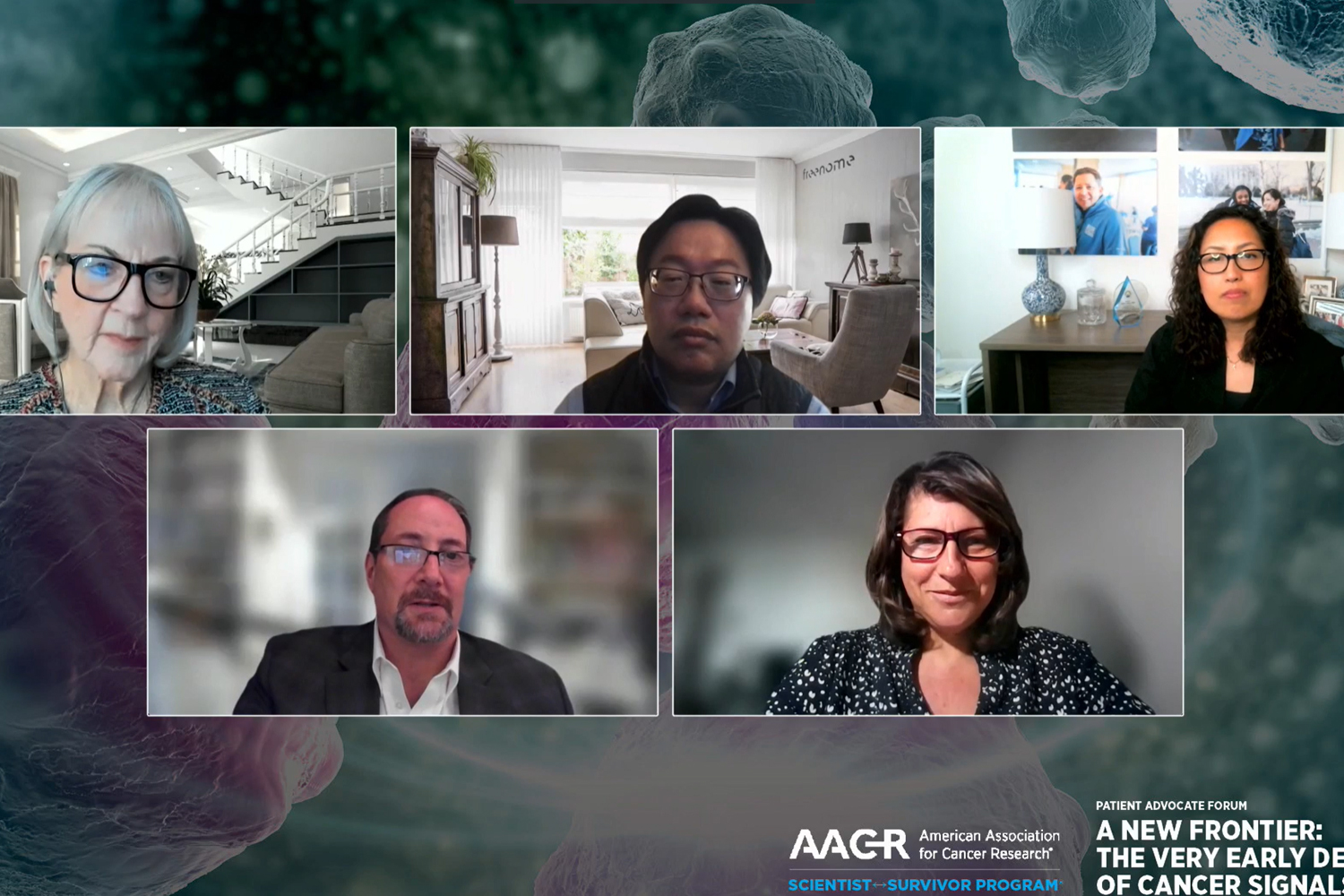 EARLY CANCER DETECTION IS KEY TO SAVING LIVES, so what if cancer could be detected even earlier than what’s currently possible?

That possibility of finding just a signal of cancer is closer to becoming reality as dozens of companies develop diagnostic liquid biopsy tests that look for cancer cells or cancer-cell DNA circulating in a person’s blood, some of which potentially could screen for multiple cancer types with a simple blood draw.

This emerging technology was the focus of the latest Virtual Patient Advocate Forum hosted by the American Association for Cancer Research, which publishes Cancer Today. The Oct. 11 forum—titled “A New Frontier: The Very Early Detection of Cancer Signals”—brought together oncology experts, researchers developing these tests and patient advocates to explore how the tests could empower patient decision-making.

Philip Castle, director of the Division of Cancer Prevention at the National Cancer Institute, said liquid biopsies have long been used to help determine the best treatment for a person already diagnosed with cancer, so it makes sense that research is now focused on using liquid biopsies in diagnosis.

Castle said these tests would not find cancer itself but rather molecular signals indicating cancer. A positive result on a liquid biopsy would require follow-up testing to confirm the presence of cancer.

“Many questions remain about how the benefit, cost and harm will pencil out for these tests,” said Ruth Etzioni, a biostatistician at the Fred Hutchinson Cancer Center in Seattle. “Our goal is to ensure that these tests are properly and expeditiously and objectively evaluated for population health impact.”

Etzioni said it’s not enough to have a test that will detect cancer sooner; there should also be an effective treatment for the disease at that early stage. She cited colorectal cancer as an example. Screening for colorectal cancer would benefit public health because when it’s caught early, recommended treatments can help prevent or slow disease progression. For some other cancers, however, no early treatment methods are available, so early detection would not yield a benefit, she said.

In early-stage cancer, tumors from different people can express different signals, Lin noted. The researchers’ job is to analyze all the chemical compounds present in the blood to determine which need to be measured. This includes DNA, RNA and protein analysis. Freenome’s liquid biopsy is now being tested in a clinical trial with more than 35,000 participants ages 45 to 85.

Castle said at least two dozen other companies are developing similar tests. “There’s never been anything like this in the prevention or early detection space.”

Those tests, however, won’t come to market before going through clinical trials, Castle said. “We really need people to participate [in clinical trials] so we can learn about these tests and be able to speak to their benefit to everybody.”

The speakers emphasized that liquid biopsies would not replace current screening methods. “We want to be another tool in the arsenal for physicians to enable screening,” Lin said.

With more screening tools available, patients would be empowered to select from among the testing options, the experts said.

“Patients should have a choice in what screening option is best for them,” said patient advocate Anjee Davis, president of Fight Colorectal Cancer.

Davis noted that while colonoscopy is an effective form of colorectal cancer screening, many people forgo the procedure due to the stigma surrounding it. Other current forms of screening, such as stool- and imaging-based tests, offer alternatives for patients who want to avoid a colonoscopy. “You’re seeing a huge interest in blood tests,” Davis said, noting this option would appeal to the public.

Liquid biopsies could be a “game-changer,” Etzoni said, as long as there is an effort to educate the public on which tests to select.

These tests could “democratize and decentralize routine cancer screening and make it more accessible,” Castle said.