People who have inherited BRCA mutations and are at high risk for cancer recurrence may benefit from a PARP inhibitor. 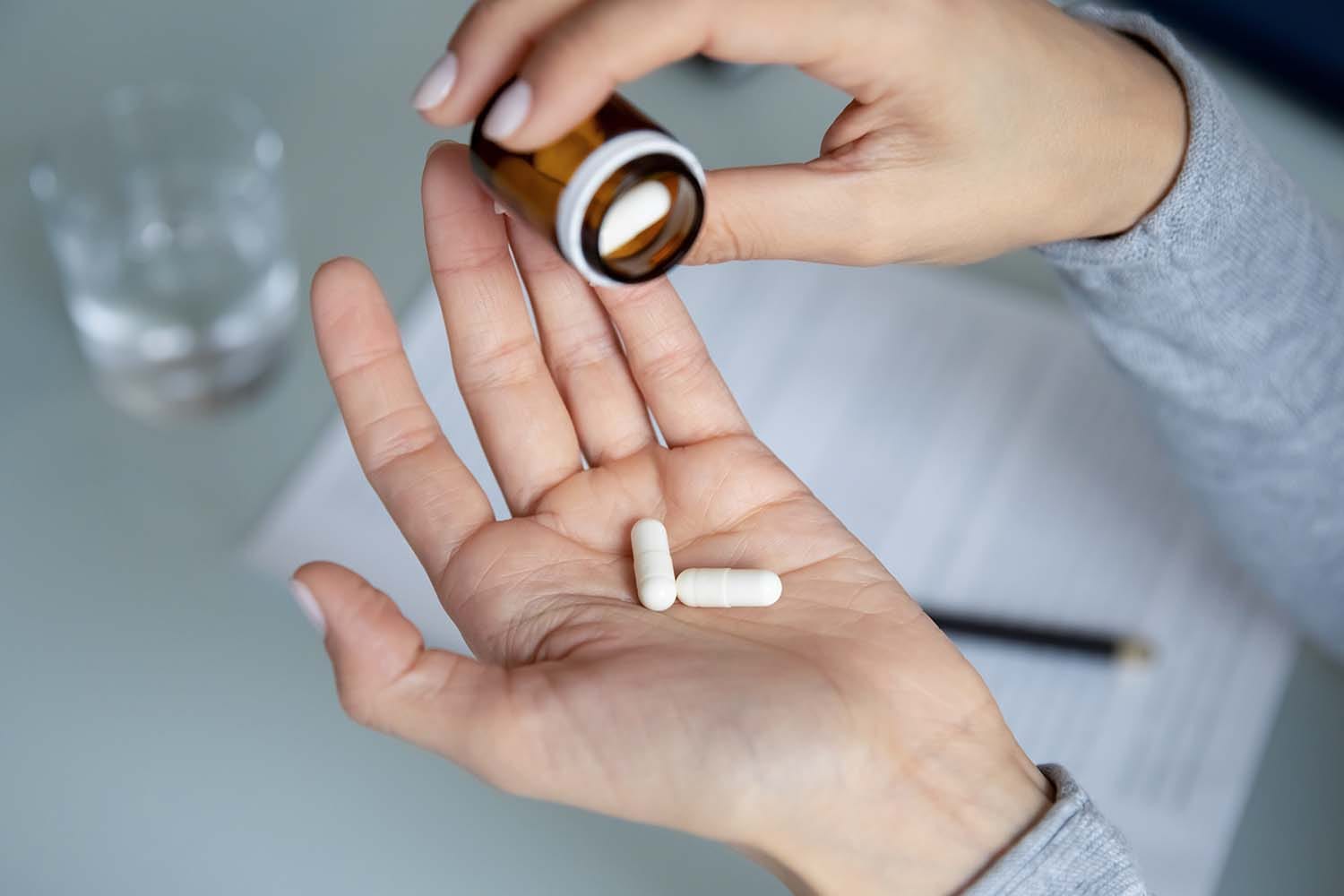 Certain patients with BRCA mutations and early-stage breast cancer may soon have a treatment option that could stave off recurrences after their treatment for cancer.

New results from the phase III OlympiA trial, presented at the American Society of Clinical Oncology June Virtual Meeting, suggest HER2-negative breast cancer patients with BRCA mutations who took the PARP inhibitor Lynparza (olaparib) after completing their initial therapy had an increase in the amount of time they lived without invasive and metastatic disease, compared to those patients who took a placebo. The drug, which is currently approved by the Food and Drug Administration for treating people with HER2-negative metastatic breast cancer who have an inherited BRCA mutation, could potentially be used to delay recurrence in early-stage, HER2-negative breast cancer with BRCA mutations, experts say. These mutations, known as BRCA1 and BRCA2, are inherited variants of the BRCA genes that are associated with increased risks of various cancers, including breast, ovarian, prostate and pancreatic.

The study, which was published in the June 24, 2021, New England Journal of Medicine, enrolled 1,836 patients who were randomly assigned to placebo or to receive Lynparza for one year, after finishing their treatment with chemotherapy, surgery or radiation. Three years after taking the last dose of Lynparza, 85.9% of patients in the trial were alive with no invasive cancer and no new primary cancer, compared with 77.1% of patients who took a placebo. In addition, 87.5% of patients who took Lynparza were alive with no distant metastases after three years, compared to 80.4% for the placebo group.

The results were so compelling that the study authors published the data before accumulating enough evidence to assess overall survival, which will require a few more years of patient follow-up, says oncologist Judy Garber, chief of the Division for Cancer Genetics and Prevention at the Dana-Farber Cancer Institute in Boston and one of the authors of the study. We have shown this is effective. It delays recurrence and, critically, distant recurrence, she says. We didn t wait for the overall-survival results [to release current findings] because the data we have was found to be significant enough. Side effects noted included fatigue, anemia, and low blood counts, and were not serious enough to offset the benefits, Garber says.

These findings suggest that some breast cancer patients with BRCA mutations who are at high risk of recurrence such as people with hormone receptor-positive breast cancer who have cancer in four or more lymph nodes at diagnosis, or those with a significant amount of residual disease after initial treatment with chemotherapy prior to surgery could be good candidates for Lynparza, says Garber. People with BRCA mutations who have triple-negative breast cancer a classification that indicates the cancer doesn t have an abundance of estrogen or progesterone hormone receptors, or HER2 proteins may be prime candidates for the drug. BRCA1 mutations have a known connection to triple-negative breast cancer pathology, and patients with this pathology typically have fewer treatment options compared to those with hormone-positive or HER2-positive disease.

The study could expand genetic-testing recommendations for screening people for BRCA mutations, Garber says. Current guidelines vary, but generally they suggest testing patients with a previous history of cancers or a family history of cancers that indicate inherited cancer susceptibility. Given these study results, however, Garber says that all people with early-stage high-risk breast cancer should be recommended for BRCA testing to see if they might potentially benefit from the drug.

It s important that the majority of patients who might be eligible, if not all patients, be tested for BRCA mutations early in their breast cancer treatment, says Vered Stearns, an oncologist and the director of the Women s Malignancies Disease Group at Johns Hopkins Kimmel Cancer Center in Baltimore, who was not involved in the study.

Breast cancer patients with BRCA mutations, which contribute to about 3% of all breast cancers, often develop cancers at younger ages; the median age of people in the OlympiA study, which only included those with BRCA mutations, was 42. Since many of these patients will be young, with many years ahead, the potential benefit for them and for society is great, says Stearns.

The cost of Lynparza is high with a price tag of over $13,000 per month according to initial reports from 2018, when the drug was first approved for metastatic breast cancer. Most of these costs would be covered by health insurance if the drug is approved for use in early-stage breast cancer, Stearns says, adding that smaller studies indicate that a shorter course of the drug before surgery can also be effective in early-stage breast cancers. In addition, Stearns says, Lynparza could end up being more cost-effective, if it can help to delay or avoid recurrence.

Reluctance from patients who may not want to know about their increased genetic susceptibility for breast cancer and ovarian cancer may be an obstacle to more people getting testing, says Garber. The good news is that patients undergoing treatment for early-stage breast cancer do have time during their initial treatment to decide whether they want to get tested. It s not the kind of thing you need to figure out on the first day. It s not an emergency, but [BRCA testing] should be offered, and I would hate to see it not be, Garber says.

Many surgeons have already endorsed widespread BRCA testing for people who have been diagnosed with breast cancer, says Stearns. I think we ll need to help with educating patients, to help them see the benefits of getting tested. She notes that some patients fear potential discrimination if their tests turn up positive. For example, life insurance companies may require results of BRCA tests to determine eligibility. We need to see broader policy changes nationally, Stearns says, to help protect the security and well-being of people who do test positive.