December 9: The Week in Cancer News

Medical marijuana used as a substitute for opioids, and chemo and endocrine therapy together increase cancer-related cognitive impairment. 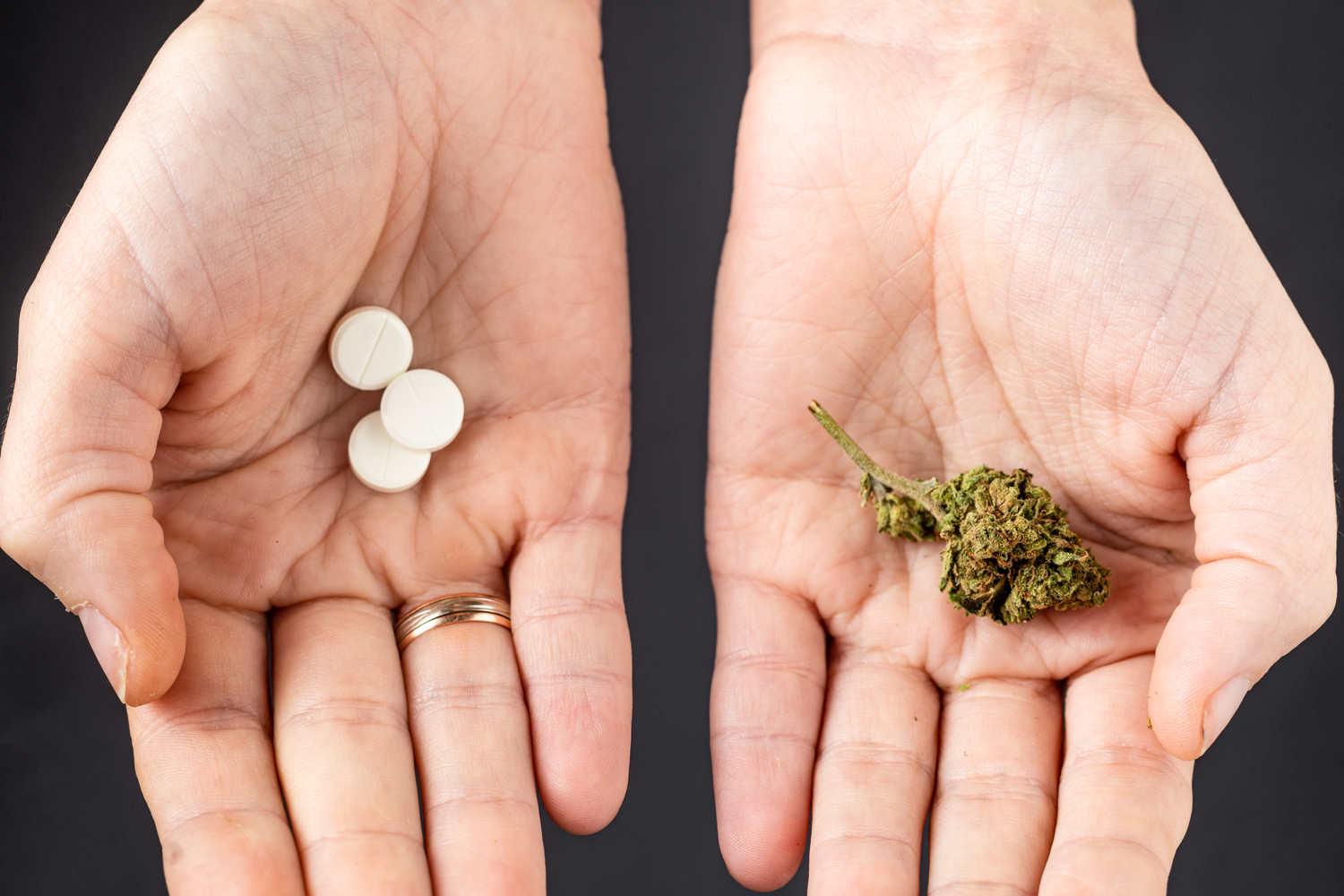 Medical Marijuana Instead of Opioids for Cancer Pain

A recent study found an association between medical marijuana legalization and a reduced rate of opioid prescriptions and pain-related hospital visits among adults being treated for newly diagnosed cancer. For the study, published Dec. 1 in JAMA Oncology, researchers analyzed insurance claims data from 34 states that did not have legalized medical marijuana before 2012. Included were patients newly diagnosed with cancer from 2012 to 2017: 38,189 patients with breast cancer, 12,816 patients with colorectal cancer and 7,190 patients with lung cancer. All patients had received treatment for their cancer within six months after they were diagnosed, had private health insurance and were between 18 and 64 years old. “Medical marijuana legalization was associated with a 5.5% to 19.2% relative reduction in the rate of receiving at least one opioid prescription,” Yuhua Bao, a researcher at Weill Cornell Medical College in New York City and a study author, said in an article in Healio. “The magnitude of the reduction varied by the type of cancer and whether the patient received prescription opioids prior to their cancer diagnosis.” Bao sounded a cautious note about the apparent uptick in medical marijuana use for cancer pain management. “With increasing medical marijuana legalization, marijuana may be substituting for opioids for cancer-related pain to some extent, with little knowledge about its effectiveness or safety,” she said. “There is an urgent need for research and practice guidelines to support clinical decisions about marijuana use for cancer-related pain.”

Chemotherapy followed by endocrine therapy (CET) resulted in a higher prevalence of cancer-related cognitive impairment (CRCI), sometimes called chemo brain, in patients with hormone receptor-positive, HER2-negative breast cancer compared with patients who underwent endocrine therapy (ET) only. The study, presented Dec. 6 at the 2022 San Antonio Breast Cancer Symposium (SABCS) in San Antonio, Texas, is a sub-study of the phase III RxPONDER trial. Patients were randomly assigned to receive either CET or ET and asked to fill out a quality-of-life questionnaire after randomization and at six, 12 and 36 months. A higher score in the questionnaire indicated less cognitive impairment. Among premenopausal patients, scores were similar for CET and ET patients at 12 months, but at 36 months, 42% of CET patients reported scores indicating continued CRCI compared with 28% of ET patients. Among postmenopausal patients, CET patients showed CRCI at 6 and 12 months with a minor improvement at 36 months. Scores for postmenopausal ET patients remained the same at all the follow-up time points. “Breast cancer treatment is associated with cancer-related cognitive impairment, and the effect of endocrine therapy versus chemotherapy followed by endocrine therapy is poorly understood,” said medical oncologist Irene Kang, a study author, according to OBR Oncology. Kang is medical director of Women’s Health Breast Oncology at City of Hope Orange County in Irvine, California.

Adding to myriad medical bills faced by cancer patients and their families are fees charged to park in hospital lots and garages. While community hospitals in rural and suburban areas may not charge for parking, big-city hospitals where advanced cancer care is available often do charge, up to $30 or more a day in some cases, according to a report in STAT. A study published Dec. 6 in Journal of Medical Imaging and Radiation Sciences analyzed parking fees at hospitals in western Canada and found that a city’s cost of living and the availability of transit were associated with less free parking, putting an additional financial burden on people having to drive in regularly for care. Mustafa Al Balushi, a radiation oncology resident at the University of Alberta in Edmonton and a study author, often hears complaints from his patients about parking. “That’s a major concern when you tell them they need to come to the hospital every single day for the next five or six weeks,” Al Balushi said. “Parking is expensive.” Research in the U.S. has found similar concerns about parking among patients and their families. Al Balushi and his colleagues suggest hospitals help ease the expense by screening patients to see if they qualify for travel vouchers or waived parking costs.

December 9: The Week in Cancer News

Medical marijuana used as a substitute for opioids, and chemo and endocrine therapy together increase cancer-related cognitive impairment.