August 20: The Week in Cancer News 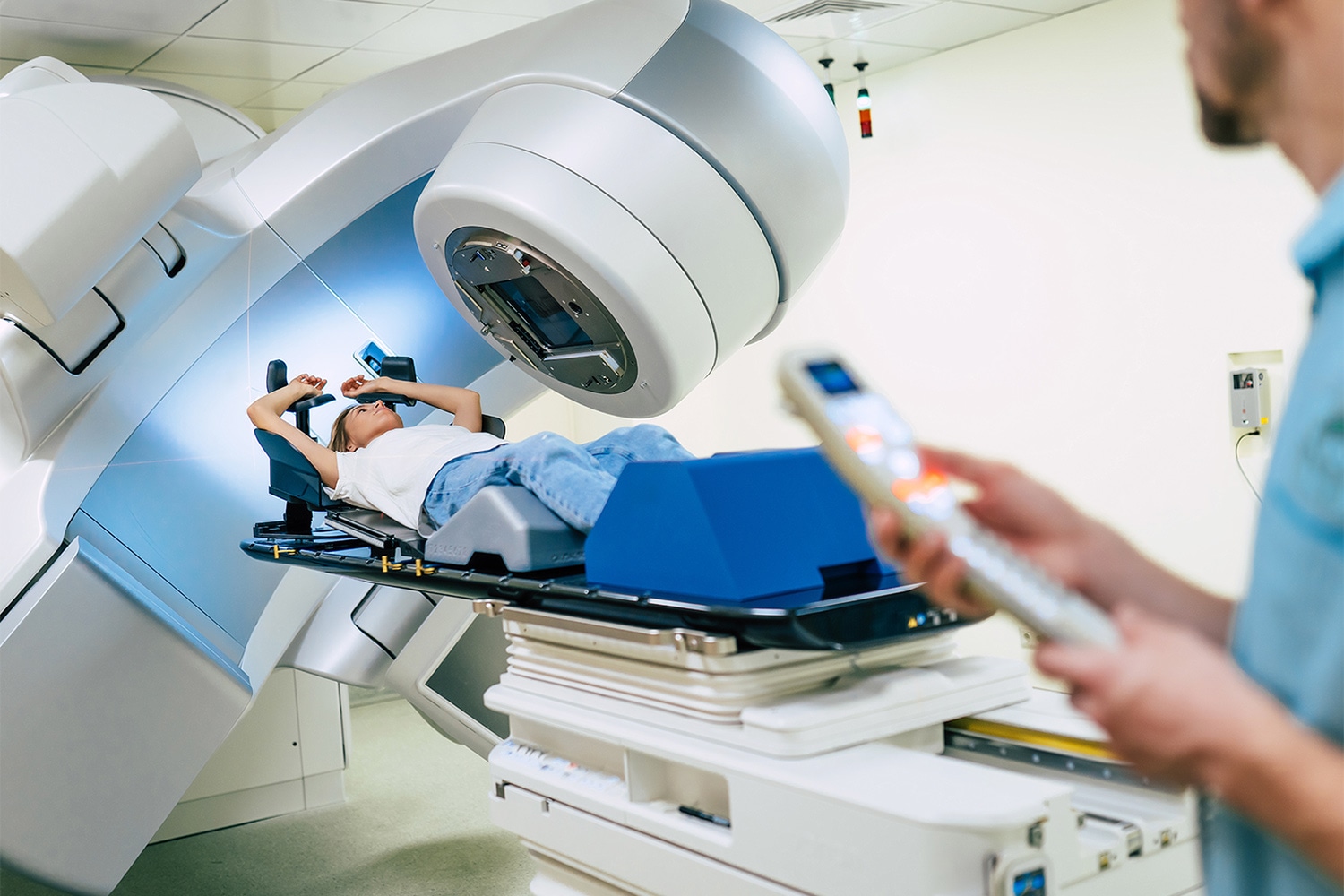 Based on a growing body of evidence that suggests high-volume surgery centers offer better patient outcomes, the National Comprehensive Cancer Network recommends that patients with certain types of cancer—including lung, esophageal and prostate cancer—get treated at such surgical centers. These recommendations do not include high-volume radiation centers. Using data from the National Cancer Database, a hospital-based cancer registry of Commission on Cancer-accredited facilities in the U.S., researchers were able to assess the impact of high-volume radiation centers on survival for more than 250,000 patients at 1,289 radiation facilities. The research, published Aug. 16 in Cancer, compared outcomes at high-volume and low-volume centers, and noted differences in survival. Patients receiving neoadjuvant radiation showed no survival difference by facility volume, except for increased survival for rectal cancer patients who received radiation at very high-volume centers compared to low-volume centers. Patients who received adjuvant radiation had significantly improved survival at very high-volume facilities when compared to low-volume facilities—with incremental improvement in relative risk of death as the facility volume increased. Patients who received radiation alone without surgery or other treatments for prostate, non-small cell lung, pancreas, and head and neck cancers had improved survival at very high-volume centers compared to low-volume centers.

Many people are familiar with BRCA1 and BRCA2 gene mutations—the so-called breast cancer gene mutations that significantly increase a person’s chance of getting breast, ovarian and pancreatic cancers. An article published Aug. 19 in the New York Times draws attention to another gene mutation, called PALB2, that increases the risk of breast cancer almost as much as BRCA mutations. The PALB2 gene, which is short for “partner and localizer of BRCA2,” interacts with the BRCA 2 gene to make a protein that fixes DNA ​damage and stops tumors from growing. But people with mutations in the PALB2 gene have a 40% to 60% risk of developing breast cancer, which is almost as high as BRCA genes, according to the article. Like the BRCA mutations, the PALB2 mutation also increases a patient’s risk of ovarian and pancreatic cancer. Today, genetic testing for breast cancer generally includes screening for PALB2 mutations, experts note, but they worry that people tested before 2014, prior to PALB2 mutation testing becoming standard, may have a false sense of security if they have only been tested for the BRCA mutations. In spring 2021, the American College of Medical Genetics and Genomics issued guidance​ for patients and doctors, calling the PALB2 mutation the “third most important breast cancer gene after BRCA1 and BRCA2.” According to the National Cancer Institute, data suggest that 12.9% of women in the U.S. will develop breast cancer at some point in their lives. On average, women with BRCA1 or BRCA2 gene mutations have a 70% chance of developing breast cancer by age 80, according to the American Cancer Society.

Despite the value of clinical trials in treating cancer patients and bringing new therapies to the fore, fewer than one in 20 adults with cancer ever enter a clinical trial. An Aug. 11 Forbes article describes how Tzvia Bader, who was diagnosed with melanoma in 2013, is hoping to demystify clinical trials and provider greater access to patients. The story describes Bader’s frustration at not finding a single place to access a full list of clinical trials that might help her—which led her down the path to her current role as the cofounder and CEO of TrialJectory, a New York City-based company that use artificial intelligence to match cancer patients with clinical trials. “Even with the best intention, we cannot expect one oncologist to know everything, to remember—in real time—what options exist and how they match to me as a patient,” Bader said.

Adults with von Hippel-Lindau (VHL) disease, an inherited disorder characterized by abnormal growth of benign and cancerous tissues in many parts of the body, now have a systemic therapy to help manage their condition. On Aug. 13, the Food and Drug Administration (FDA) approved Welireg (belzutifan), an oral hypoxia-inducible-factor inhibitor, for adults with VHL disease who do not need immediate surgery, but who require therapy for associated renal cell carcinoma, central nervous system hemangioblastomas or pancreatic neuroendocrine tumors. “VHL disease is a rare and serious condition. Until today, there were no systemic therapies approved to help treat patients diagnosed with certain types of VHL-associated tumors,” said Eric Jonasch, an oncologist at the University of Texas MD Anderson Cancer Center in Houston, in a release issued by the drugmaker Merck​. On Aug. 17, the FDA approved Jemperli (dostarlimab-gxly) for adult patients with mismatch repair-deficient (dMMR) recurrent or advanced solid tumors, as determined by an FDA-approved test. The immunotherapy is indicated for those patients who have progressed on or following previous treatment and who have no satisfactory alternative options, the FDA stated. The FDA granted accelerated approval to Jemperli in April 2021 for adults who had dMMR recurrent or advanced endometrial cancer that had progressed on or following prior treatment with a platinum-containing chemotherapy.​​